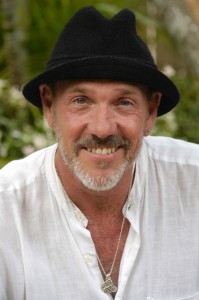 Gordon McConnell, Billy Bell and Beverly Blanchette have been honored for their achievements in the arts by the Judith Lanier Waldrop Frank and Randolph Adams Frank Foundation. Each will receive a $4,000 check at a private ceremony May 23 at Nick & Johnnie’s Patio Bar and Grill in Palm Beach.

McConnell, one of the region’s most respected actors, directors and producers, has been awarded the Randolph A. Frank Prize for the Performing Arts citing an artist “whose artistry enhances the quality of life here in Palm Beach County,” the prize board of directors  announced this month.

Blanchette, dean of theater at the Alexander W. Dreyfoos Jr. School of the Arts in West Palm Beach, won the prize honoring a performing arts educator recognizing 35 years in education including 19 at Dreyfoos. She plans to retire from the school system in June.

McConnell has worked  in South Florida for more than a quarter-century, working with almost every large and small company in the state including GableStage, Florida Stage, Mosaic Theatre, Palm Beach Dramawork, Actors Playhouse and Florida Rep, as well as performing at other houses around the country from American Stage in St. Petersburg to Flat Rock in North Carolina.  His work has been recognized with numerous awards and nominations including  the Carbonell. He was the artistic director of TheatreWest and is currently a director and producer of AirPlayz, live interactive productions of radio plays in theatres that are simulcast via the web across the world.

This entry was posted in News and tagged Beverly Blanchette, Gordon McConnell. Bookmark the permalink.