The South Florida theater scene doesn’t slow in the summer any more, as evidenced by the unveiling of the fifth annual series of free play readings across the region organized by the South Florida Theatre League.

New works by local playwrights will be mounted Monday nights from June through August at venues operated by league members.

Playwrights range from established local favorites, including Carbonell Award-winners and nominees, to emerging talents, with plays vastly ranging in subject matter and style.

“Over the past four years, Summer Theatre Fest has grown significantly,” said Andie Arthur, executive director of the South Florida Theatre League. “We’ve helped our member theatres incubate new plays that go on to have a life long after the reading is over. Just last week, I received a published copy of a collection of plays by Bob Bowersox – two of the plays in the collection had their start in the first two years of Summer Theatre Fest.”

“And our audiences have grown,” said board member and Marketing Chair Carol Kassie.  “We’ve seen full theatres – which is always exciting – and a good number of patrons who attend multiple readings.  We’ve also found that patrons who attend a reading a particular theatre often return to that theatre to attend a paid performance. So we consider the program a great success on both sides of the footlights!” 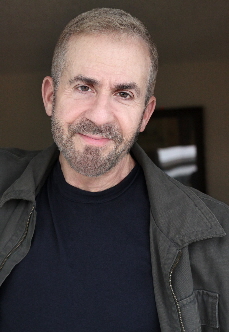 In addition to the reading series, Summer Theatre Fest will launch June 5 with a full day of theater artist-focused activities at ArtServe in Fort Lauderdale. Michael Leeds and Caryl Fantel, award winning director and musical director, will lead workshop a day-long workshop on how to audition –includes advice on choosing the right pieces, how to prepare your audition material, and finding the right key for a song. The musical theater workshop will run from 9:30 a.m. to 1:30 p.m. and the straight acting workshop will run from 2:30 p.m. to 6:30 p.m. Actors can participate in either individual workshop for $20 or attend both for $30. Participants must be members of the South Florida Theatre League. Sign up with Arthur at andie@southfloridatheatre.com.

The day of workshops will end with an evening networking mixer for theatre professionals. This is free and open to the public.

The schedule as it currently stands:

July 17 — Mystery on the Menu at Andrews Living Arts, Fort Lauderdale,  It Happened on July 17 by Various Playwrights, 7 p.m.

August 7 — Conundrum Stages at the Betsey Hotel, Miami Beach, Play it By Ear by Mo Schneider and Joe Feinstein, 7:30 p.m. 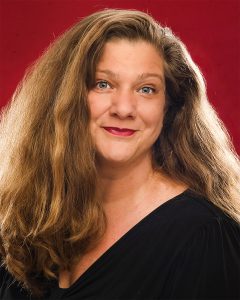 Ledford was associate artistic director and resident director for The Promethean Theatre for eight years, and directed productions at Arts Garage, New Theatre, Naked Stage, Mosaic Theatre, Caldwell Theatre and Florida Stage. Ledford also served on the South Florida Theatre League Board of Directors for six years, four as president. She has received eight Carbonell Award nominations and multiple Silver Palm Awards. Most recently, Ledford worked at Nova Southeastern University as the theatre technical manager in the Department of Performing and Visual Arts.

Educator, director and actor Bruce Linser has been named manager of The Dramaworkshop, the Palm Beach Dramaworks’s lab for developing new plays.

Launched in 2014, The Dramaworkshop receives play submissions each season. Scripts are chosen by a company of resident artists for various phases of development, including staged readings, workshops and developmental productions.

Linser is a resident director with MNM Productions at the Kravis Center and a frequent guest director at Florida Atlantic University’s theatre program. He taught musical theater for six years at Dreyfoos School of the Arts and was dean of the theater program for three years. He is currently an adjunct professor of theater at FAU, Lynn University and Broward College.

Curtain Call Playhouse was honored with a proclamation from the City of Pompano Beach recognizing its 20th anniversary of nurturing and providing quality theater productions and children’s workshops and summer camps to the city.

Kris Coffelt, founder and artistic director, also was honored with her name on the building plaque at the new Pompano Beach Cultural Center, the $19 million-dollar venue that opened this month and is one of the company’s performing spaces. She has been a member of the Pompano Beach Cultural Arts Committee since its inception 19 years ago, and was the organization’s founding chair person.

Speak The Speech I Pray You…

Although some South Florida companies attempt to produce Shakespeare’s work, it’s no secret that only a small segment of the local talent pool has the developed chops to conquer the Bard’s challenges.

One of the few masters residing here, Peter Wayne Galman who operates the Shakespeare Troupe of South Florida, will lead the Shakespeare Verse and Prose Workshop on Mondays in June exploring how to perform the work of the Elizabethean genius.

The first two workshops will focus on breaking down the verse and prose of Shakespeare, with special attention to speeches from Midsummer Night’s Dream, which will be produced several times this summer in South Florida. The third will consist of exercises in self-staging techniques and an exploration of the playing of an abridged version of Midsummer Night’s Dream.

The workshops will also include speeches from Shakespeare’s clowns and jesters that are to be presented at GableStage and other venues in the fall. Workbooks will be provided.