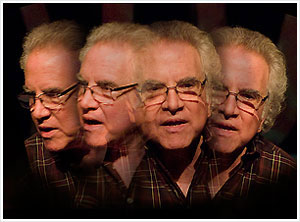 Lots of news here as the theater season heats up in South Florida: Over the long weekend of Nov. 10-14, there are TEN shows opening across the region and four still running: dramas, comedies, musicals, professional companies, a national tour, community theater and children’s theater. Check out the calendar at floridatheateronstage.com.

Top of the list: GableStage has posted a save-the-date for a Joe Adler memorial celebration for 5 p.m. Dec. 12, both in-person ceremony and live streaming. Invitations and details to follow.

City Theatre, one of the nation’s leaders in presenting and developing short plays, is kicking off its in person producing season with a live reading of War Words, a Pulitzer Prize-nominated play by Michelle Brooks, at the Knight Concert Hall in Miami set for 8 p.m. Nov. 10 to honor Veterans’ Day. Tickets are $15, free to veterans from vettix.org.

The show is described as “the truly heroic, funny, poignant and heartbreaking stories of men and women who have served in Iraq and Afghanistan during the ‘Long War.’ Based on interviews with veterans and their families, the play aims to bridge the divide between those who serve in the military and the rest of us who say, “Thank you for your service” without really understanding what that means. Michelle Kholos Brooks peoples her play with 17 characters who have returned from war to their homes, families, and communities, which is neither simple nor easy.”
.         *                 *                 *

Elizabeth Dimon, one of the most respected actresses in the region, has received one of the Cultural Council for Palm Beach County’s  2022 Artist Innovation Fellowship Program.  Dimon, who was a moving force in the development and production of Palm Beach Dramaworks’ Ordinary Americans just before the pandemic struck. . Her plan is to develop a show of her own, possibly involving music.

The awards are “designed to celebrate the artistic process and support professional artists in all disciplines,” according to a new release. “Funds can be used for supplies, research, instruction, apprenticeships, travel or other experiences. The program gives recipients an opportunity to think big, pursue creative growth, and find new avenues of inspiration that propel their careers forward — without the constraints of budgets or specific outcomes.”

Recipients include:
—–Miami Light Project – $100,000 : To support its full range of work which includes commissioning artists, offering spaces for creation, and educating youth as the organization begins the move to a new space and neighborhood.
—–City Theatre – $100,000: To nurture, elevate and promote Miami’s BIPOC writers with a dedicated 2-year playwright development initiative, to form an artist cohort engaged in creative and professional training with local/national Masters, resulting in exciting new plays authentic to Miami’s multicultural voices that would be presented at City Theatre’s year-round, community-wide programming.
—– Adrienne Arsht Center for the Performing Arts of Miami-Dade County – $200,000:
To support the expansion of the center’s free Learning Through the Arts education programs to benefit up to 150,000 Miami-Dade County Public Schools (M-DCPS) students over two years: Rock Odyssey for fifth grade, Kitty Hawk for seventh grade, and The Ninth for ninth grade.
—–GableStage, Inc. – $150,000: To establish and grow an educational department by hiring a Director of Education, and a full-time, professional dramaturg.
—–Juggerknot Theatre Company – $100,000: To support Miami BusStopStories, a virtual, live, immersive theatre education program from Juggerknot Theatre Company for middle and high schoolers, designed to highlight Black and LatinX local neighborhood history by taking them on a virtual bus journey with live actors highlighting historical events that contributed to social injustices.
—–Miami New Drama – $100,000: To support the expansion of its’ education programs bringing transformative and accessible programs to help all young people see themselves as a creator in action.

We don’t usually talk about one-person comedy events, but local hero Steve Solomon has been eliciting laughter from large Florida audiences for years. He returns with one of his classics, classic, My Mother’s Italian, My Father’s Jewish & I’m in Therapy Dec. 19 – 23 at the Kravis Center for the Performing Arts in West Palm Beach. Call 561-832-7469.