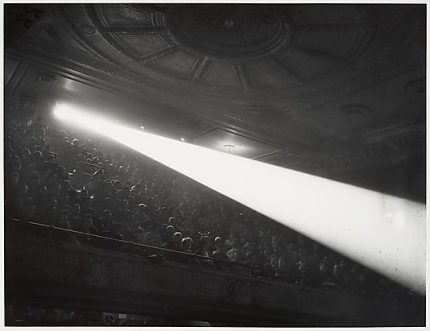 South Florida theater isn’t just coming back to life, it’s emerging over the next two months in a score of ways. Here’s just a sampling of opening nights, fundraisers and even a call for ushers.

To begin with, several companies will be performing in new locations.

Main Street Players in Miami is leaving its storefront home of the past 18 years in at 6766 Main Street in the Main Street Shopping District. But it’s just moving down the block to the former Victoria’s Secret space at 6812 Main Street.

MNM Theatre Company, which had been mounting large musicals at the Kravis Center in West Palm Beach, will partner with North End Theater Company to produce Grease, Sister Act and Guys and Dolls in 2022 at the Lauderhill Performing Arts Center in central Broward County. North End is the production division of Arts Center Management (ACM), a multi-platform theater management company.

Area Stage Company, the longtime Miami theater that has produced imaginative and highly theatrical work in recent years, will be producing its shows in the coming season in the Arsht Center’s Carnival Studio theater, beginning in February with the phenomenally popular musical Be More Chill. The black box facility that the company occupied last year at Sunset Place will continue to be used for conservatory productions, and for the professional company’s rehearsals.

Miami New Drama is opening its new season with a free production, a return of one of the first shows it produced, A Special Day set for Oct. 1-17 inside the Colony Theatre in Miami Beach.

The two-character minimalist production by Por Piedad Teatro is set on May 8, 1938 when Italy was celebrating the rise of Fascism, as an over-worked housewife and a mysterious bachelor meet by chance. The play is based on Ettore Scola’s 1977 Oscar-winning Italian film Una Giornata Particolare,

Tickets must be reserved in advance by visiting https://www.miaminewdrama.org/tickets.

And by the way, while the company’s new season has not been announced, the theater has publicly published a call for auditions for A Wonderful World, the large-scale bio-musical about Louis Armstrong, stopped days before its premiere in 2020 by the pandemic. The audition announcement states that tentative performance dates include previews Dec. 4-10, opening night Dec. 11, and a run through Jan. 16, 2022.

The forced intermission has had less effect on the non-competitive Silver Palm Awards program than others honoring theatrical excellence and service to the South Florida community.

The 2021 gala will be held at 6:30 p.m. Oct. 25 at The Addison of Boca Raton including live entertainment, a pre-show cocktail reception, a full dinner and dancing.

This year, as a result of the pandemic that shut down the industry for 18 months, no awards will be handed out. Instead, the event will celebrate the return of live theatre in the region, including performances by South Florida artists and multimedia presentations acknowledging the pioneering artists who helped forge the South Florida theater scene and paying homage to some of those we lost during the past year and a half. The event will also feature a presentation of the new Silver Palm Judges and format for future ceremonies.

The Silver Palms differ from most awards, as there are no specific categories or number of awards that can be given. In addition to familiar categories such as “Outstanding Actor,” judges are encouraged to expand their consideration for awards that might include Best Debut Performance, Best Stage Manager, Best Prop Design or to recognize a truly unique or out-of-the-box performance, direction, or design.

The Kravis Center is joining the other two major presenting venues in the region by instituting COVID policies for patrons that requires masking and proof of a negative COVID test or full vaccination.

In other Kravis news:  The venue in West Palm Beach is seeking literally hundreds of volunteers as it gears up its season of theater and concerts – from ushers to tour guides, even staffers in data entry, the education department and the administrative offices.

To become an usher, applicants must complete a training course, which includes information about emergency evacuations, seating, show procedures and customer service skills. The Kravis Center requires all volunteers to be vaccinated against the COVID-19 virus and to wear a mask on property.

The next New Volunteer Orientation will be held at the Kravis Center’s Persson Hall on Wednesday, September 29 at 10:30 a.m. and Thursday, September 30 at 6 p.m.

Anyone interested in becoming a Volunteer is encouraged to download a printable Volunteer Application from the website at kravis.org/volunteer, fill it out and bring it to the orientation program. If unable to attend the orientation please mail the application to: Beth Foster, Kravis Center for the Performing Arts, 701 Okeechobee Blvd., West Palm Beach, FL 33401.

The work slated for Nov. 17-Dec. 12 is performed like a staged reading with four actors standing in front of music stands with the scripts. The story follows two couples who endure the roller coaster of life together.

Although GFour has toured the piece nationally and plans to move this edition to a Texas venue, the work had its first performance at Jan McArt’s New Play Reading Series of works-in-progress. The next production was in 2016 at West Boca Theatre Company with Angie Radosh, Barbara Bradshaw, Peter Galman and Peter Librach and was nominated for a best new work Carbonell Award.

Staged without a set or props, the stars read directly from scripts (as with A.R. Gurney’s Love Letters), as if reading from the book of their own lives — which has allowed GFour to have a rotating list of television actors on its travels.

Fundraising events are not unusual for local theaters – Actors’ Playhouse in Coral Gables is deep into its annual gala auction. But GableStage has a unique twist on the idea as it prepares to kick off its season in November.

Taking advantage of the huge pool at the theater’s base in the historic Biltmore Hotel, GableStage is hosting Splash! “an aquatic spectacle” celebrating 1940’s movie mermaid Esther Williams with a one-night-only artistic swimming extravaganza on Oct. 28.

The troupe Aqualillies will perform all evening. Ticket prices and sponsorship opportunities vary from $300 to $10,000 depending on access to a pre-reception and/or cocktails and a buffet dinner on the Alhambra Ballroom and Terrace. Requested attire is “tropical chic.”

For more information, go to https://www.gablestage.org/splash/.

Feldshuh will portray controversial real estate mogul and hotelier Leona Helmsley. In this work that premiered in January 2019, the disgraced doyenne comments and sings about anything and everything – from her meteoric rise from office temp to trophy wife, from wheeler-dealer to hotel magnate, to her relationship with real estate rival Donald Trump. Helmsley is given one hour up from Purgatory to set the record straight!! …and sing a few show tunes (from the evolving musical The Queen of Mean.).

Feldshuh, who has just released an autobiography Lilyville, is well-known locally for her portrayal of Golda Meir in Golda’s Balcony and in concerts with the late performer Bruce Adler.

Tickets can be purchased online at http://miznerparkculturalcenter.com or by phone at 844-672-2849.  The Mizner Park Cultural Center is located at 201 Plaza Real in Boca Raton. Masks must be worn. All patrons must be vaccinated.