Posted on November 1, 2020 by Bill Hirschman 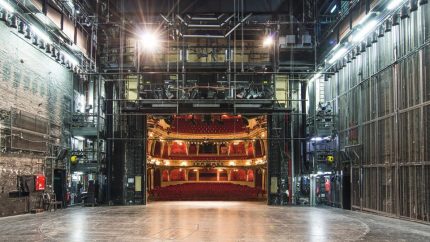 Palm Beach County may be famous for the number and generosity of donors who have supported the arts including its theaters, but recent losses collected by its Cultural Council, calculated in eight figures, paint a deeply unsettling portrait.

Survey responses from 33 non-profit arts groups – only half of those whose input was requested — produced an estimated total $48 million in revenue already lost and expected to be lost by the end of the calendar year due to the pandemic, the council reported.

The private, non-profit corporation is the region’s officially designated agency for cultural development, and has been working over the past months to create financial support for organizations and individual artists through grant programs.

But the council’s leadership like Dave Lawrence, president and CEO, is simultaneously unnerved and cautiously hopeful.

“I haven’t had anybody say that to me directly, but based on everything we’re seeing nationally and because this is not going away anytime soon… we stand a very real chance to lose some cultural gems in our community unless there are some very real resources for this group,” Lawrence said. 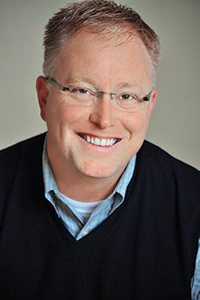 Drawing on the survey and conversations with arts leaders of theaters and museums, Lawrence related deep cuts to programming and the staffs that shepherd them. Many non-profit groups have shuttered for their entire season.

“Across the board, we are looking at a very different cultural sector right now as we look forward,” Lawrence said. “We will probably see a shortened season from some and maybe less ambitious collaborations of programs.”

At the same time, he sees some signs of hope amid the foggy future.

“When this first happened, it reminded me of the recession in 2008-09,” when he was working in Indianapolis. “Organizations took one of two paths: Either they were like a turtle and stuck their head in their shell and waited for it to pass, or there were organizations who took it as an opportunity, and those who took it as an opportunity to innovate were the ones that thrived.”

The paradigm seems to be similar in Palm Beach County. “I’m seeing organizations trying to innovate their way out of this. And that’s the bright spot, that organizations are finding new ways to connect with their audiences through virtual programming.”

For instance, Palm Beach Dramaworks, in downtown West Palm Beach entering its 20th  season, has been producing a steady output of programming including online weekly interview of artists, readings of evolving works and a recent trio of virtual productions of the works of Pulitzer Prize-winning playwright Lynn Nottage.

The Maltz Jupiter Theatre has postponed its season a full year, but is taking that time to speed up its multi-million expansion of its facility – and is sending out monthly newsletters to its subscribers.

Unlike several arts companies across the state that have survived on a meager cash flow, both of those companies have spent many years prudently putting aside reserve funds. They may be used up during the pandemic, but it will likely keep them alive, their leaders have said.

But Lawrence has little doubt that the exact nature and future of the performing arts is hard to predict: “I think that’s probably here to stay because we don’t know yet the public’s comfort level in coming back and being in an audience with 2,000 of their closest friends.”

There’s another aspect: “I think what people, who do not have insider information,  don’t realize is that road back for the fine arts is going to be a long one because not only do these organizations have to worry about keeping their audiences safe and socially distanced, but also performers on the stage, the musicians in the pit and all the folks who work back stage. Everybody is excited and ready to go back and wondering why these companies don’t open back up. But how do you distance a pas de deux with a couple of dancers up there on stage?”

That’s underscored by the council’s survey. The respondents, including theaters and museums, reported a loss of $26.2 million in program fees, admissions and other earned income through early August, plus an estimated loss of about $5.4 million in contributions for that same period, plus an anticipated loss for the rest of the calendar year of another $16 million in ticket sales. That loss actual and anticipated for calendar 2020 totaled $48,313,070,

The venues – again half of those contacted — reported losing 888,277 tickets and admissions sold with the postponement or cancellation of 1,641 events. Nearly 600 full and part-time employees were furloughed.

But that is only fraction of the economic impact.

A 2015 Americans for the Arts national survey of 79 local agencies and the council’s Biennial Survey added in broader affect such as the dollars brought in by tourism and residents to hotels and diners to restaurants. It estimated that the actual economic reach of the arts in the county at $633 million representing 3.9 million attendees and supporting 14,212 full-time jobs.

Miami-Dade County, which has been keeping detailed figures monthly, estimates the total financial impact of the business interruption caused by the COVID-19 pandemic on the arts at $112 million with a total of 18,154 arts and cultural jobs affected, according to aggregate data for March through August.

Broward County figures through August include a total financial loss of approximately $60 million and nearly 3,000 jobs lost or furloughed.

To counteract the damage, the council has undertaken several initiatives from webinars to grant programs, most of which are highlighted on the council’s webpage at https://tinyurl.com/y3g94m8a.

Among the pending efforts is the Palm Beach County Cultural Resiliency Fund, which will allow the council to distribute the Coronavirus Aid, Relief, and Economic Security (CARES) Act funds to cultural organizations in need of financial assistance later this year, working with county commissioners and Tourist Development Council.

It also created an Artist Relief Fund that already has given grants up to $250 to 98 local artists living in the county – including actors, visual artists, dancers and musicians.

“These statistics are concerning, but our sector is resilient and innovative,” Lawrence said. “The time is now to help Palm Beach County restart with the arts and join our movement to restore Florida’s Cultural Capital.”