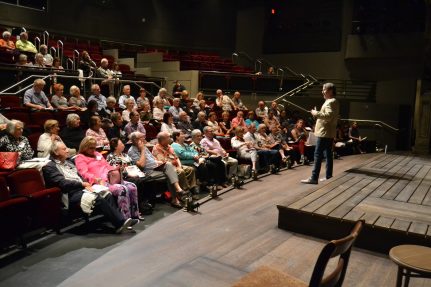 The unveiled upcoming seasons in South Florida theater are as varied and intriguing a menu as anyone could plan with some safe time-tested bets and other works so new that no one knows quite what to expect.

Just one example at GableStage: A recent Broadway riff on a classic Ibsen play, an intense drama about a young woman resisting the Nazis, a comedy of good intentions and bad manners, a mystery of two strangers meeting in the subway, and a magical realism portrait of a family preparing for Hurricane Andrew.

Like her counterparts across the region, GableStage Producing Artistic Director Bari Newport has spent months juggling a dozen factors in developing what you will see next season. Like a score of colleagues, she has done it all while administering the current season winding down, and in her case, getting acclimated to the zeitgeist of the new cultural home she has moved to. 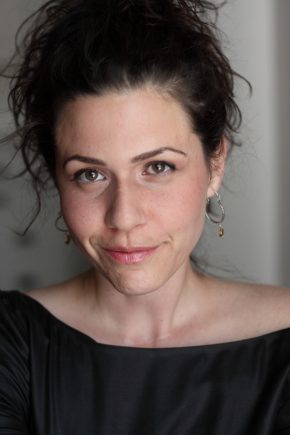 For every line item in the nearly complete schedule of South Florida shows listed below for the 2022-23 season, most patrons don’t realize “we make everything. Everything is hand-made including the choice of seasons,” Newport said.

A review of those productions indicates several trends. First, a continuing commitment to unveiling new work, some with few if any previous productions, sometimes commissioning the work themselves as does Theatre Lab in Boca Raton.

Second, some companies such as Main Street Players including more plays reflecting the region’s diversity and plays by diverse playwrights.

Third, a stark division between companies relying on surefire entertainment-oriented popularity-proven titles like those at Slow Burn Theater Company in Fort Lauderdale, and on the other end of the spectrum, thought-provoking titles most local patrons have never heard of at Boca Stage.

Choosing the schedules — listed with detailed descriptions on Florida Theater On Stage’s calendar (https://tinyurl.com/mt64uxsh) – is as much art as science.

Two is how well a title under consideration fits the company’s mission and its identity with patrons expecting a particular kind of or range of shows. In GableStage’s case, it’s “confronting today’s issues and ideas.”

“Three is: Why here? Why now? Why would we be doing this now here?”

Four, how does this title fit into the range of work the company prefers. Some companies want a light comedy to play against a searing drama. Some want a familiar classic title to even out a spate of world premieres and commissions. Or perhaps a company wants an overarching theme clearly running through the selections.

Fifth is fiscal. Many companies balance out a big ticket musical with a two-character drama to support the year-long budget. While ticket sales are crucial, can the company attract a subsidizing angel as GableStage will do with its upcoming Andrew piece, El Hurricán?

There are other elements including waiting for the rights to a particular piece and sometimes having to scrap penciled-in plans when the rights suddenly become available. Often, theaters program the most likely best sellers at the height of snowbird season and their most daring titles after they’ve left.

It’s a process that requires more than just a year’s planning.  So, yes, Newport and her counterparts are currently planning the 2023-24 season three months before the curtain rises on the 2022-23 season.

Here is just a taste of what’s coming, followed below that by the complete list that was available at press time. Miami New Drama, M Ensemble, JCAT, Infinite Abyss, Thinking Cap, Arca Images and New City Players had not released their schedule yet. And, of course, titles could change.

GableStage enters its second Newport season with an intriguing slate, some but not all directed by Newport. Two of the titles, A Doll’s House Part 2 (an imaginative riff on what happens when Nora returns home 15 years later) and We Will Not Be Silent which was done at Theatre Lab in 2019 about a young resistance fighter captured by the Nazis; and El Huricán crosses Shakespeare’s The Tempest and Hurricane Andrew. Among the veteran local performers you’ll recognize in the season are Beth Dimon, Margery Lowe, Colin McPhillamy, David Kwiat and Barbara Sloan.

Palm Beach Dramaworks has a world premiere from Carter W. Lewis; traditional titles like Twelve Angry Men, Suzan-Lori Parks’ now diversity classic Topdog/Underdog and best of all, the three-act modern tragedy of a large dysfunctional family, August: Osage County. Steppenwolf’s production on Broadway was one of the most stunning emotion-packed fast-paced three hours in the street’s history.

Zoetic Stage has one of most intriguing line-ups for those seeking thought-provoking work including world premieres by acclaimed local playwrights Michael McKeever and Vanessa Garcia, plus Next to Normal, a deeply moving contemporary musical that never grows old no matter how often local audiences have seen it.

Boca Stage, known for incisive, moving and funny titles you might not have heard of, includes at one end of the spectrum The Thin Place by the always fascinating playwright Lucas Hnath, and at the other, The Odd Couple (Female Version).

Actors’ Playhouse attracted some of its largest crowds in recent years to its musical about rock’s pioneers, Million Dollar Quartet. Now for the holidays it brings a new riff on it, Million Dollar Quartet Christmas. In addition to other musicals like Escape to Margaritaville and the Steve Martin-Edie Brickell folkish Bright Star, it will mount the incisive play about math and madness Proof.

Slow Burn Theater Company, which built a reputation for musicals you might not have heard of or seen, applies its skills to a more reliable set of titles including Mary Poppins, Newsies, Little Shop of Horrors, Footloose, plus Jason Robert Brown’s hilarious stage riff on the movie Honeymoon in Vegas with the most rousing 90-seconds of brass at the end of the overture. No kidding.

Theatre Lab, the resident professional company at Florida Atlantic University, has an entire season of world and southeastern premieres, some tried out in the Lab’s reading series. It is one of the local companies most committed to bringing new and evolving imaginative work to the region.

Delray Beach Playhouse, which first opened in 1947, bows in December this year rather than October in hopes that patrons will feel more comfortable returning then to a menu ranging from the wild farce Noises Off to Villainous Company, a thriller.

Florida Grand Opera will remount the ol’ reliables Tosca and The Barber of Seville, but also a modern sequel to Puccini’s Gianni Schicchi by Michael Ching plus a Cuban-American reimagining of El Matrimonio Secreto.

Island City Stage enters its 11th gay-centric season with the hilarious over-the-top musical classic, Pageant, in which the contestants are unlike anyone Bert Parks ever serenaded. Plus the world premiere of a play by Nick Malakhow commissioned by the company, tentatively titled, Springfield Pride. It’s described as “a story of politics, tense alliances, and deep conflict.  When a liberal, cis-gender politician’s off-record comments about Black Lives Matter become public and don’t at all match his public, social justice persona, can he still remain the Grand Marshal of Springfield’s Gay Pride Parade happening in just three days?”

PPTOPA, which may as well be an acronym for grand scale Broadway musicals in Pembroke Pines, the former community theater turned pro has slated Sweeney Todd, Pippin, Ain’t Mishavin’ and The Wiz.

The Maltz Jupiter Theatre, back for a full season now in its lovely expanded venue, will return the Jersey Boys that was promised for last season; Sondheim’s first show with his own words and music, A Funny Thing Happened on the Way to the Forum; and David Lindsay-Abaire’s incisive play about class struggle in the 21st Century, Good People.

Riverside Theatre in Vero Beach celebrates its 50th anniversary by mixing large scale musicals like Man of La Mancha and 42nd Street with small plays like Butterflies are Free and the controversial David Mamet play about sexual harassment Oleana.

Broadway in Fort Lauderdale has headliners Six and Hamilton, but we’re looking forward to Richard Thomas as Atticus in Harper Lee’s To Kill A Mockingbird. What? A play on tour? And further south, Broadway in Miami will also have Six and something called Wicked, but it also will have the Lincoln Center revival of My Fair Lady. Kravis On Broadway has a raft of pop Tony-winning titles including the bio-musical about the Temptations, but most notable, it’s finally bringing Hadestown to the region, the acclaimed contemporary musical based on myths that echo today.

Miami New Drama, which is focused on the diverse community in their county, will revive Anna in the Tropics, the Pulitzer -winning play by Miamian Nilo Cruz who created the work for New Theatre. Plus a world premiere of special import to Miamians entitled Elian.

And now the full list. Again, descriptions of these shows are on our calendar on this website at https://tinyurl.com/mt64uxsh.

City Theatre, Miami
Dec. 1-18 —- What The Constitution Means To Me

Miami New Drama
(dates include one week of previews)

This entry was posted in News and tagged Bari Newport, GableStage. Bookmark the permalink.