Uplifting Come From Away Is Season’s Don’t Miss Highlight 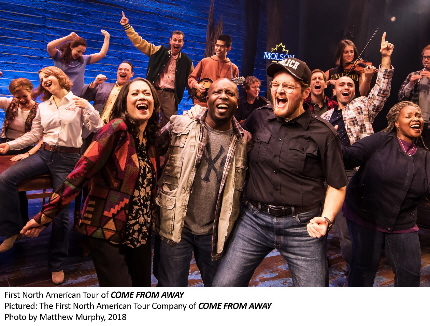 Even writing about it the next day, the warmth still glows.

In this time, to quote a lyric from another show, “of cold and darkness, in this terrifying night,” the affirmation of basic human decency engendered by the national tour of Come From Away stays comfortably nestled inside, nurturing hope for the future.

You can rave over Hamilton and Dear Evan Hansen, but very few musicals in recent decades have the lasting uplift to the battered soul as this tale of strangers uniting to help other strangers for no other reason than it is the right thing that human beings do for each other.

Come From Away now at the Arsht Center in Miami tells what happened on 9/11 when 38 international flights were diverted to the tiny town of Gander in Newfoundland, which had once been a major refueling destination decades earlier when fuel tanks were smaller. The residents of several adjacent towns unselfishly and unreservedly mounted a Herculean effort to embrace the 7,000 displaced passengers from a hundred different backgrounds for almost a week during those dark uncertain days.

The townspeople, passengers and crew members tell their stories directly to us along with depictions of their interactions in a style reminiscent of the Royal Shakespeare Company’s The Life and Adventures of Nicholas Nickleby. It feels like a community barn dance in which the audience are strangers being welcomed into the festivities with a shared folk tale of solidarity and humanity.

Far, far from some Pollyanna rose-colored fairy tale, this true story (based on interviews with the people involved) is proof that humanity’s longing for a better world is not such a pipe dream. But it straight-forwardly acknowledges tragedy, racism, xenophobia, death and fear.

A troupe of 12 chameleonic actors portray scores and scores of residents and passengers, at least two dozen of which are absolutely recognizable unique individuals, even though everyone changes personas (and accents) in a moment and then melts back into an ensemble that is always in play.

The characters, who come across as idiosyncratic individuals not symbols, still represent a distinctly wide diversity of socio-economic backgrounds, nationalities, race, gender identities and other demographic categories. That this disparate collection of human beings can bond, can recognize and respond to their common humanity is the unspoken core of the evening.

Integral are the music and lyrics by Irene Sankoff and David Hein who also wrote a script suffused with humor. In addition to ever-present underscoring, the score encompasses a wide range of genres seamlessly fused into a whole by orchestrations by August Eriksmoen, ranging from Gaelic-tinged folk music to rock tunes, ballads to celebratory production numbers.

Christopher Ashley’s steadily urgent pacing, the musical staging by Kelly Devine and music supervision by Ian Eisendrath are integrated with the design elements to create an ever-swirling kinetic tide that swells and ebbs.

It should go without saying that this tight but smooth troupe exudes chemistry as well as the kind of fresh energy that belies that they have performed this show closing in on 300 times since October. 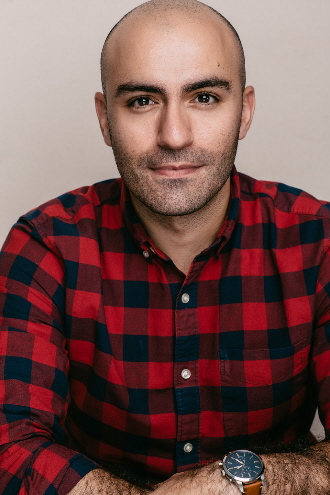 Obviously, we have to note the terrific work of Hialeah actor Nick Duckart as Kevin, the fussier half of a gay couple, and, in a complete change, as Ali, the Egyptian chef who is initially treated with extreme suspicion, including a humiliating strip search.

But the entire company is amazing. The most noticeable is Broadway and tour veteran Becky Gulsvig who portrays the real life captain Beverley Bass. She gets one of the few unadorned solos, “Me and the Sky,” tracing her life from dreaming of being a pilot, prevailing over sexism and stereotypes to become a barrier-breaking heroine, and how 9/11 has changed her world view as she notes “the one thing I loved more than anything / Was used as the bomb.”

You’ll also be won over by Kevin Carolan as the mayor, Harter Clingman as the constable, Chamblee Ferguson as the fish out of water Englishman, Julie Johnson as Beulah the local teacher, Christine Toy Johnson as the Texas divorcee who hooks up with another passenger, James Earl Jones II as the African-American city dweller whose fear and suspicion melts in this company,  Megan McGinnis as Bonnie who rescues animals from the planes, Andrew Samonsky as the more open-hearted half of the gay couple, Danielle K. Thomas as Hannah who frets at being unable to reach her son the New York City firefighter who likely responded to  the attacks, and Emily Walton as Janice on her first day as a broadcast reporter.

The design elements are outstanding in every department from costumes to sound. Beowulf Boritt’s bare tree trunks reaching into the rafters is augmented by kitchen chairs and tables endlessly rearranged into different locales — the claustrophobic interior of a jet stuck on a runway for hours, the town’s coffee shop that serves as the heart of the town, the gymnasiums used to house the passengers. Howell Binkley paints with light and shadow to make these locales instantly different from each other with snap quick changes, plus he charts time of day and changing moods with the same ease. The tour crew must deal with hundreds and hundreds of light and sound cues.

The note perfect band led by Cynthia Kortman Westphal almost never gets a rest in a score that employs an accordion, keyboards, mandolin, electric bass, acoustic guitar, drums, Irish flute, Uileann pipes and a bodhran. And trust us, stay after the curtain call for their too-brief rousing mini-concert.

The tour is not noticeably different from the New York production. But that’s not a bad thing. If you’ve haven’t seen it, this is what people were and still rave about. If you have seen it, this is one of the few productions worth seeing again to recapture that vibe – with no worry about being disappointed by a watered-down tour’s production values.

It’s coming to the Broward Center and Kravis Center next season. That’s not a reason not to see it at the Arsht. It just means you can see it yet again. We will.

To read an interview with actor Nick Duckart, click here. 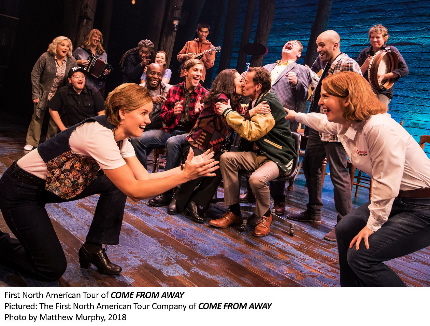 This entry was posted in Performances, Reviews and tagged Arsht Center, Becky Gulsvig, Broadway Across America, Christopher Ashley, Come From Away, Nick Duckart. Bookmark the permalink.