Broadway at Broward: Beauty and the Beast Still Lovely 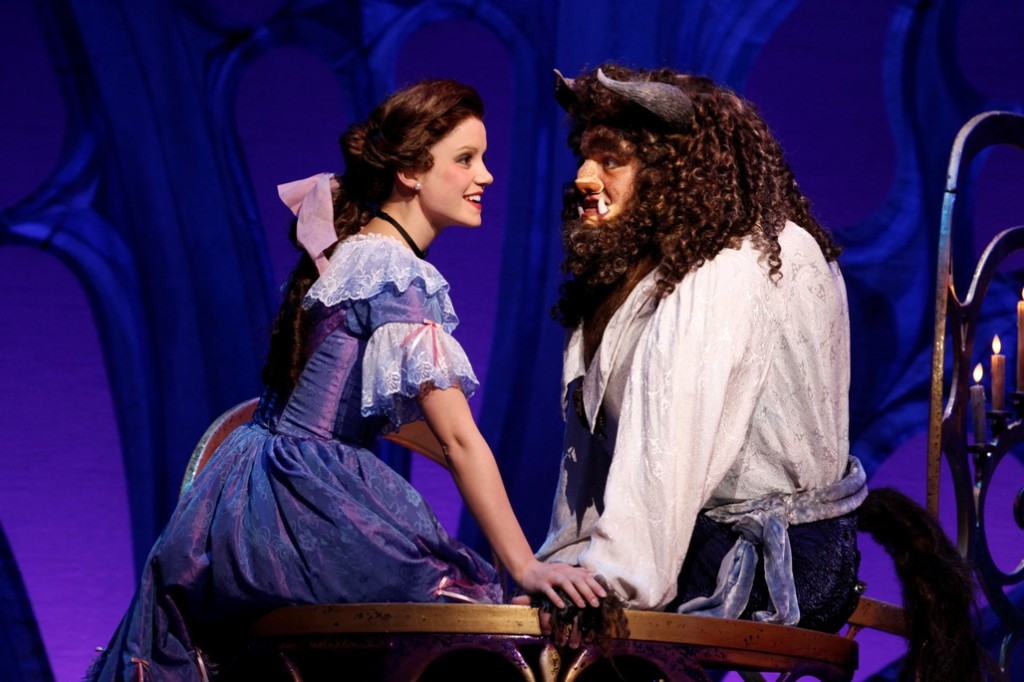 The facile and sophisticated pose would be to sneer at the sentiment and, yes, manipulative facets of the new tour of Disney’s Beauty and the Beast gracing the Broward Center for the Performing Arts. But the inescapable fact is this refurbished and re-imagined production has rediscovered some of the loveliness and magic that the road has worn off earlier appearances.

The original creative team has rebuilt enough physical and performance elements that this seems like a fresh show. If you’ve seen it before or even once too often, you may be surprised at how involving it is. When Beast lets Belle go back to her father, even though it means his doom, you may even feel a catch in your throat.

Much of this is due to the cast who uniformly execute their roles with a crispness, verve and zest that almost disguise the fact that every single move down to an eyebrow lift has been choreographed to a Pavlovian degree that will prompt the kind of admiration you have for the inner workings of a fine pocket watch.

The real surprise in this production is how well the actors create the quiet moments in Linda Woolverton’s book. The early scenes between Belle and her father illustrate a real connection between parent and child, and the really tough scenes – the evolving romance between the title characters in the space of a few sentences – was absolutely credible. That’s no small feat: This is precisely where most second-rate and amateur musical productions in general fall apart – when the music stops.

Dane Agostinis is an appropriately feral and then hesitant Beast, Michael Haller is a jolly enough Lumiere, Benjamin Lovell is the fussy Cogsworth, Andrew Kruep is a clownish Lefou who does a dozen pratfalls, Julia Louise Hosack is a matronly Mrs. Potts who caresses the title song, and Logan Denninghoff is just delightful as the egomaniacal preening fool Gaston who is deeply and hopelessly in love with himself.

But it’s Emily Behny as Belle who is the winning standout. She may not be as feisty as some of her predecessors, but she radiates sheer loveliness. Pertly attractive and blessed with a liquid voice, Behny not only wins us over instantly, but carries us through the production. And, again, it’s her powers as an actress that deliver the magic in the script and score.

The music remains lovely, and if the enunciation of some actors here wasn’t as clear as one might hope, this tour reminds you just how witty Howard Ashman’s last lyrics are.

It’s been said before, I think in my 1998 review of the first national tour, that the 1991 film was far more enchanting and affecting. As solid as the big production number “Be Our Guest” is here, nothing can match the row upon row of silverware and crockery dancing to a 100-piece orchestra that the animators could come up with.

But this edition is as thoroughly entertaining as you could ask of an 18-year-old warhorse.
Disney’s Beauty and the Beast runs through Nov. 27 as part of the Broadway Across America series at the Broward Center for the Performing Arts, 201 SW Fifth Avenue, Fort Lauderdale. Performances 8 p.m. Tuesday-Saturday,  2 p.m.  Wednesday, Saturday and Sunday, 7:30 p.m. Sunday. Tickets are $25.25-$84.25, call (954) 462-0222 or visit  browardcenter.org.

This entry was posted in General, Performances, Reviews and tagged Broadway Across America, Disney's Beauty and the Beast. Bookmark the permalink.

3 Responses to Broadway at Broward: Beauty and the Beast Still Lovely