Posted on September 8, 2011 by Bill Hirschman 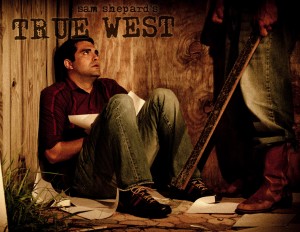 Ground Up & Rising, the tiny company that has produced outstanding drama across Miami-Dade County despite having no permanent home, is ramping up its new season of edgy and cutting-edge theater pieces aimed at younger audiences.

Ground Up is a diverse collection of artists working in theater and film who say their “programming is intended to widen our empathetic sensibilities and promote understanding amongst humankind.”

They have moved from venue to venue since 2005, often performing at donated space in GableStage in Coral Gables when Joe Adler’s productions have the night off.  Several of its dramas have gathered acclaim including The Pillowman, The Hate U Gave: Tupac Shakur Story and Stephen Adly Gurgis’ Jesus Took the A-Train.

The first events this season are two free play readings this Saturday at St. Johns on the Lake, 4760 Pine Tree Drive in Miami Beach. At 5 p.m., Fernandez presents a revival of his play September 10th. Slated for 8 p.m. the same night is Stephen Adly Gurgis’ Little Flower of East Orange.

On Sept. 17, 18, 23 and 25, the company will perform San Shepard’s True West at the St. Johns venue, directed by Fernandez and starring Carmouze, Belz and Pinto. Performances begin at 8 p.m.

On Sept. 26 and 27 (a Monday and Tuesday), the company will present a one-man play Jails, Hospitals and Hip-Hop by Danny Hoch. With a combination of performance art and monologue, the play depicts a kaleidoscope of marginalized people battling to have their voices heard: a white teenager dreams of being a black gangsta rapper, a wheelchair-bound kid explains how his mother smoked crack during pregnancy, a pale-skinned Bronx street vendor enrages a policeman who can’t figure out what race he is, and a young Puerto Rican man on crutches rhapsodizes about his dancing talent. Belz stars in the show to be directed by Fernandez at GableStage in the eastern portion of the Biltmore Hotel, 1200 Anastasia in Coral Gables. Performances begin at 8 p.m.

The performances of True West and Jails mark the first time Ground Up is trying its “a new audience/brand-building initiative” called the “Zero Point” project, which keeps the price of all tickets to $7 by hewing to minimalist production values.

The effort is meant to “cultivate a lasting, symbiotic relationship between our organization and the young audiences of the future,” Fernandez said.

Making a virtue of a necessity, Fernandez described Zero Point “as powerful art in its purest, rawest form… often be presented with no lights, no set and no traditional venue… only a compelling, riveting performance and the audience that experiences it. It is engaging, thought-provoking theatre that aims to attract a broader, younger audience base beyond the traditional theatre patron.”

The implication is that other productions could “erupt” like “high quality, intense artistic explosions” in urban populated areas like a church, a botanical garden, a bus, all without warning and without charge.

At dates to be announced later this year, Ground Up plans to produce True West and a reprise of Jails, Hospitals & Hip-Hop, this time produced at the new South Miami Dade Cultural Arts Center, 10950 SW 211 Street in Cutler Bay. Unlike the earlier productions, these will be fully-staged productions.

Editor’s Note: Several new companies and older smaller theaters have notified us in the past two weeks that they have new shows coming up. We have kept the calendar as up-to-date as possible. But we apologize that we have not been able to pay proper attention to some of these troupes with features or news stories because we are still ramping up our operation. We ask for your patience.

This entry was posted in News and tagged Arturo Fernandez, GableStage, Ground Up & Rising. Bookmark the permalink.