The South Florida theater scene is so busy that often the news comes too fast for us to keep up with. From time to time, we’ll run a column like this one, containing several items. If we don’t get yours in right away, please be patient and keep sending them to us at bill@floridatheateronstage.com. We’re dancing as fast as we can. 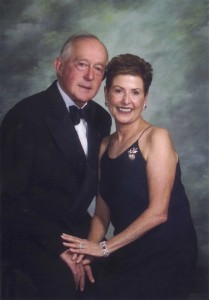 The former Cuillo Theatre being renovated downtown will be renamed the Donald and Ann Brown Theatre when it opens its doors in November.

The Browns, who also live in Martha’s Vineyard and Washington, DC, were quoted in a news release, as saying, “Palm Beach Dramaworks is one of South Florida’s most deserving cultural treasures and has won local and national acclaim for its inspired productions.

“We value our commitment to the theater because we believe the performing arts are beacons of the times we live in— they illuminate tales that shine in the light. With this new theater, Dramaworks will not only continue to present first-rate productions, but they will have an intimate, professional, first-rate facility to call home,” the news release quoted them.

Donald Brown has been a real estate attorney and real estate entrepreneur in Washington for over 50 years. Ann Brown is a former two-term chair of the U.S. Consumer Product Safety Commission.

Producing Artistic Director William Hayes said, “Words are simply not adequate to express our gratitude to Don and Ann Brown for their generous support of Palm Beach Dramaworks, and for taking a leadership role and exemplifying the level of Arts advocacy that is needed throughout our country….The Browns clearly recognize the vital role of the private sector in supporting those arts institutions that most enrich and enhance our lives.”

The theater entering its 12th season has built an unusually loyal following for its seasons of classic and thought-provoking theater. Generous donors and careful fiscal policies have allowed the company to grow slowly but solidly despite the recession.

The theater will have a grand opening Nov. 11 and then begin its season the next evening with Arthur Miller’s All My Sons.

The reconfigured auditorium chamber will have a seating capacity of 218, a black box 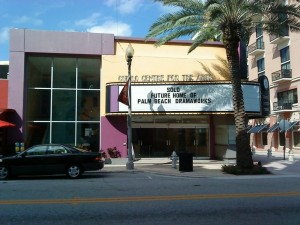 Broadway actor Matt DeAngelis (recently in the road show production of Hair and soon to tour with American Idiot) will conduct a master class Friday night at Arts Alive, a new music school in Coral Springs, according to a news release.

The class is designed to help actors of any experience level on such topics as: posture, breathing, healthy vocal production and projection, sounds and diction, acting through a song, portraying characters plus how to select, learn and perform a new song. Each participant will receive individual time and a specific critique, followed by questions and answers. Each participant must bring sheet music in his or her own key.

The cost of the class is $60, but includes free admission to Arts Alive’s Cabaret Open Mic immediately after the class,

Michael Gepner, the popular and hard-working marketing chief for Florida Stage until it 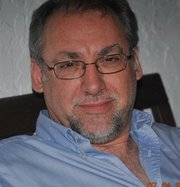 folded in June, has landed a new job.

Effective early next month, Gepner will become director of marketing for the prestigious Paper Mill Playhouse in Millburn in his home state of New Jersey.

The 73-year-old theater is famed for mounting lush revivals of musicals and for giving full productions to new works.

One Response to News Briefs: Dramaworks Gets $2 Million; Gepner Goes to Papermill