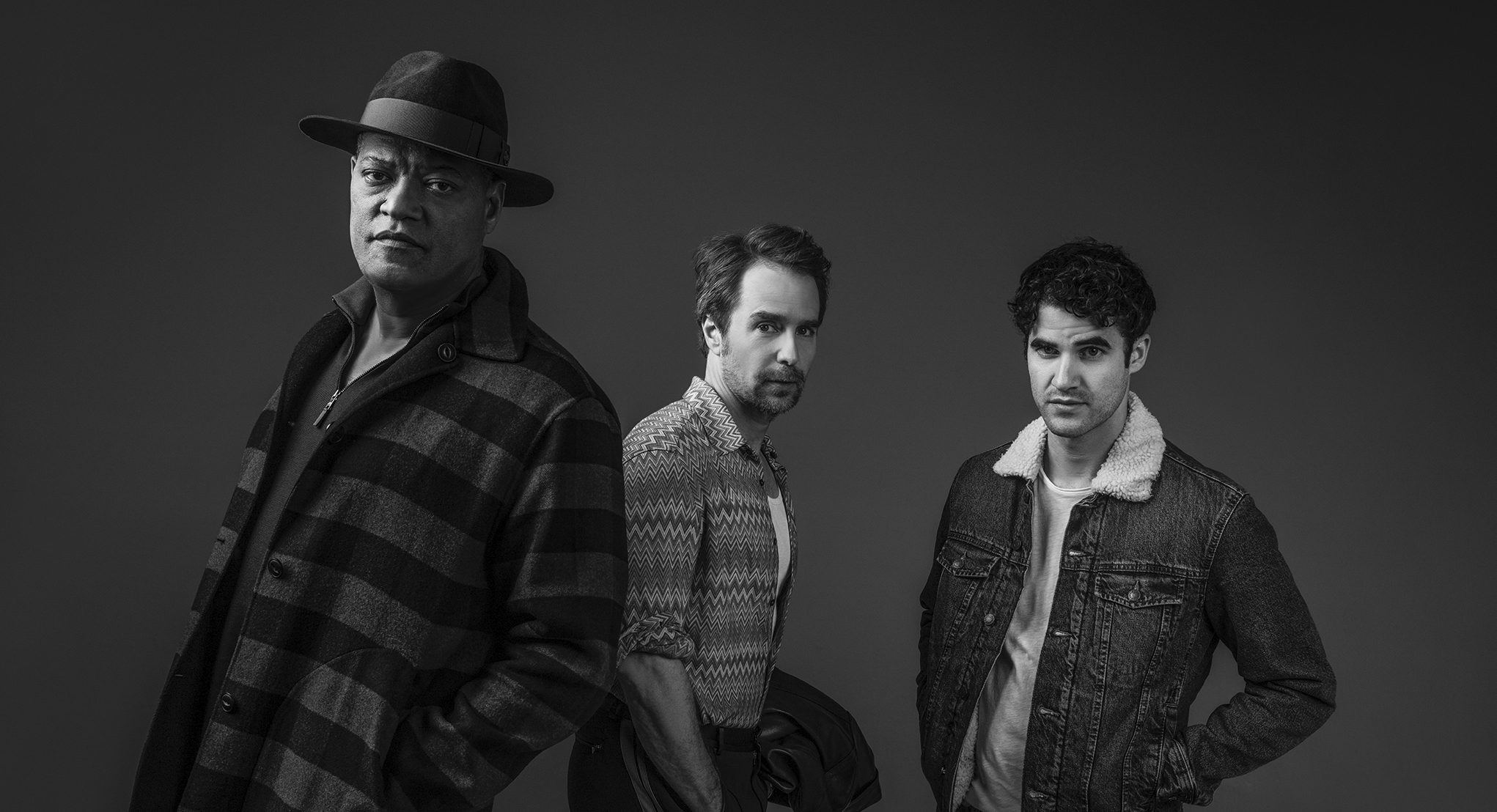 In a cold analysis, nothing much actually happens in the narrative sense during  David Mamet’s 1975 dive into the social gutter of the 20th Century United States, the classic American Buffalo.

But there is more tension, more multi-level relationships, more vibrant characterizations in this 83rd revival at Circle in the Square than in several recent epics on Broadway.

The three bottom-feeding dwellers, presumably eking out a subsistence in a burned-out Chicago neighborhood, plan a burglary to score the valuable titular coin from a collector. It’s not much of a spoiler for anyone remotely familiar with the play – or Mamet’s world view before he took a right turn — knows or intuits that these losers’ plan will sink into the gutter all too easily.

So what makes the evening worth seeing is watching these three interacting in varying ways. Director Neil Pepe, who wanted to open this just before Covid, has assembled a boldface cast: Sam Rockwell as the scummy self-important thief Teach; Darren Criss as the young inexperienced gofer Bobby, and Laurence Fishburne as the junk store fence Donny. Fishburne was out the day we saw this, handily replaced by Ray Anthony Thomas who brought a pronounced paternalism toward Bobby.

Watching these three circle, complain and plot is a treat when we know it will all be for naught, a kind of self-inflicted existentialism. The dialogue is classic Mamet; it sounds like obscenity-drenched vernacular but it’s an artistic construction that doesn’t really exist in real life.

Pepe has moved the evening along so rapidly that we don’t notice that so little happens. Rockwell, a veteran at portraying off-beat characters such as the racist police officer in Three Billboards Outside Ebbing, Missouri, has permission to chew the scenery and he savors doing so without seeming to be acting. The performance won a Tony nomination for leading actor in a play.

Criss, best known for the TV show Glee and as Andrew Cunanan in The Assassination of Gianni Versace, successfully sublimates his innate GQ aura in favor of someone whose naivete and need for Donny’s care hints at some kind of minor mental defect.

Thomas brought a world-weariness to Donny and was credible when his paternalism toward Bobby suddenly shifts into tough professional focus when the upcoming job may have been endangered by Bobby’s actions. The only thing we can guess that Fishburne would have added was a certain brooding menace.

Scott Pask’s set in Circle’s long thrust stage is a set designers’ dream – a claustrophobia-inducing collection of the abandoned flotsam and jetsam of the ruined lives.

While Mamet’s recent conservative rants have alienated many, this early one of his triumphs remains a fascinating character study through July 10.

American Buffalo plays through July 10 at Circle in the Square. Tickets: https://americanbuffalonyc.com/tickets/