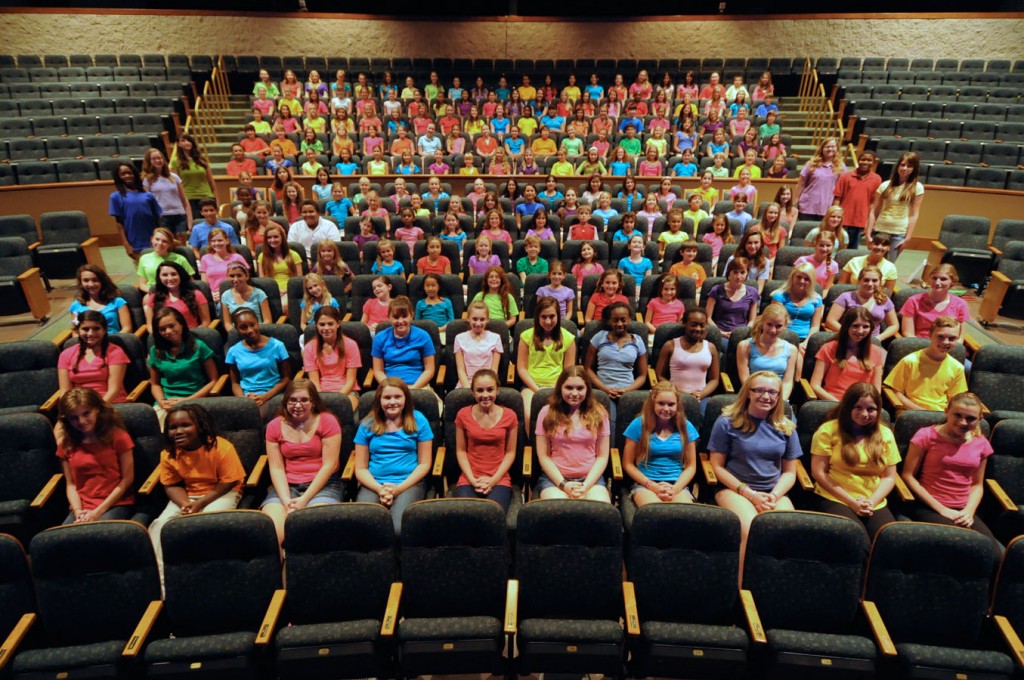 But then Fields never heard of the Internet or iPods.

In what may be the first massive melding of junior thespians and advanced technology, the Maltz staff has employed cyberspace and digital information to manage the logistical nightmare of creating and training eight separate children’s choirs who knew the songs and choreography on the first day of rehearsal.

The key was to create a section on the Maltz’s website reserved just for the effort, www.jupitertheatre.org/Josephshowmaterials.

The site’s  contents included not only the contract, sheet music, rehearsal schedule and costumes that parents supplied, but also provided videos and audios to teach the songs and dance moves before the children ever showed up to rehearsal.

As a result, following auditions in June and August, the young  performers had weeks and weeks to drill themselves in the show, knowing that each separate team would perform three times during the run.

“These kids came in on day one knowing every bit of their music. It was so impressive,” said  Rachel Blavatnik, associate producer,  in a promotional video. 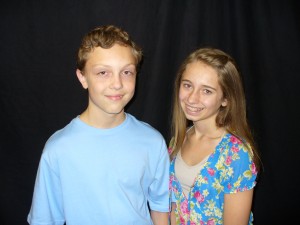 rehearsals Sunday.  Thirteen-year-old Matthew Paszkiet of West Palm Beach was enthused by the process.  “It was amazing. It was at your fingertips” to go over and over again, he said.

An old pro who understudied Kurt in last season’s The Sound of Music, Paszkiet said the online preparation made it easier to review problem areas without stopping the overall process. “It was a lot easier. I usually ask a lot of questions during rehearsal time, [such as] ‘Am I supposed to sing a different part than the girls?’  Here, I just go back to the computer.”

At 14, Emily Rynasko of Hobe Sound is among the oldest in the cast and among the most experienced, having bowed in The Pirates of Penzance  5 ½ years ago and playing one of the brothers in an earlier Joseph production.

She relished the new process. “It was self motivating to go online and learn by yourself.  But you feel prepared when you come to rehearsal.” The upside is that it means she can kick back in the choir loft behind the main set and watch the adults in action. “We’re in the show but it’s almost like were watching it. I had a blast.”

The two also used iPhones or digital recorders to tape their performance to play back for further home rehearsal.

Loosely based on the Bible story, the spoofy vaudeville is famous as the first collaboration of Andrew Lloyd Webber and Tim Rice to be publically performed. It was written for a schoolboys’ choir first (in different accounts) as a 15-minute cantata in 1967 or a 25-minute piece in 1968.  It was turned into a concept album the following year, a development step they would use again for Evita and Jesus Christ Superstar.  It evolved and grew in stage productions during  the next four years, bowing in the West End in 1973 and on Broadway in 1982. In recent years, the relatively brief show has been extended with a lengthy disco-infused reprise of almost every number as an extended curtain call.

Although the youth choir component has been added and subtracted over the years, Joseph’s goofy sensibility and highly-eclectic score has made it a startlingly popular piece, especially with school and church groups. Different productions are slated to play Lakeland  in January and Actors’ Playhouse in March.

Thinking about a huge chorus and computer-aided logistics began early,  said  Artistic Director Andrew Kato. One inducement was that the Maltz has an extensive conservatory training program for young actors.

“People have used choruses before, but when we thought about doing it, I just immediately thought we could do eight performances (a week) of 20 to 30 kids each,” Kato said. “It provides more opportunity for local children to be involved, even though I knew it would require a lot of planning – but we had a lot of time to plan and made it work.”

Auditions were held in April for students ages 8 to 13 years old, and again in August when more children were needed.

Kato, who usually has two concurrent color-coded Outlook calendars on a large computer screen on his office wall, saw technology might be the answer.

“I came up with the idea of the website and its specific elements during a planning meeting. The team brainstormed, and I thought of the different buttons with all of the elements we’d need. We produced it; we knew up front which items would be necessary to have, then we backed out everything that we needed, step by step.”

But that was theory. Reality was different in dealing with children hailing from Fort Pierce to Miami.  Director of Public Relations Linnea Brown said, “I don’t think anyone recognized how much work it would be.” 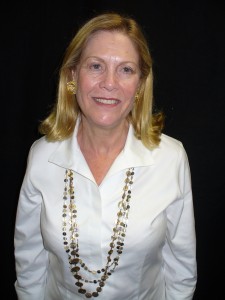 Volunteer Marilyn Bateman stepped up to coordinate the effort. Using a computer, she spent two days cross-checking that each child’s commitments in their “real life” did not preclude them from appearing with a particular team on the day they were scheduled  to perform in the show.

Bateman had moved to the county last spring expecting that volunteering at the theater would mean “being an  usher and handing out programs. Wednesdays, I’m a bartender,” she said. But when the staff found out she was a retired educator who had experience as a music teacher, she was drafted.

“She’s a saint,” show director/choreographer Mark Martino piped in, sticking his head in an office door.

She smiled. “It’s not so difficult. I’m an organized person,” she answered, although she and the staff spent a lot of time answering parents’ questions and putting out grass fires. The staff’s tasks included creating a computerized claim check system to ensure that the right parents and guardians picked up the right kids after rehearsal.

But the website idea worked. When the nearly 240 students arrived for the first mass rehearsal on Oct. 1, most had perfected their parts to the point that they were a little unnerved by subsequent changes to the routines. Then each of the eight teams of about 28 actors, named for one of Joseph’s brothers, had a separate brush-up rehearsal with the music director, another with Martino for choreography, and a final rehearsal with the entire cast.

Bateman is aided by two staff members acting as child wranglers and two additional helpers at each of the performances.

But Team Reuben, seen at Sunday’s rehearsal, were amazingly well-behaved, sitting around a long table doing homework, playing with their electronic games or just reading.

“Most of these kids have been in theater here, so most of them are almost semi-pros, and the ones that haven’t, they see what the other do,” Bateman said. 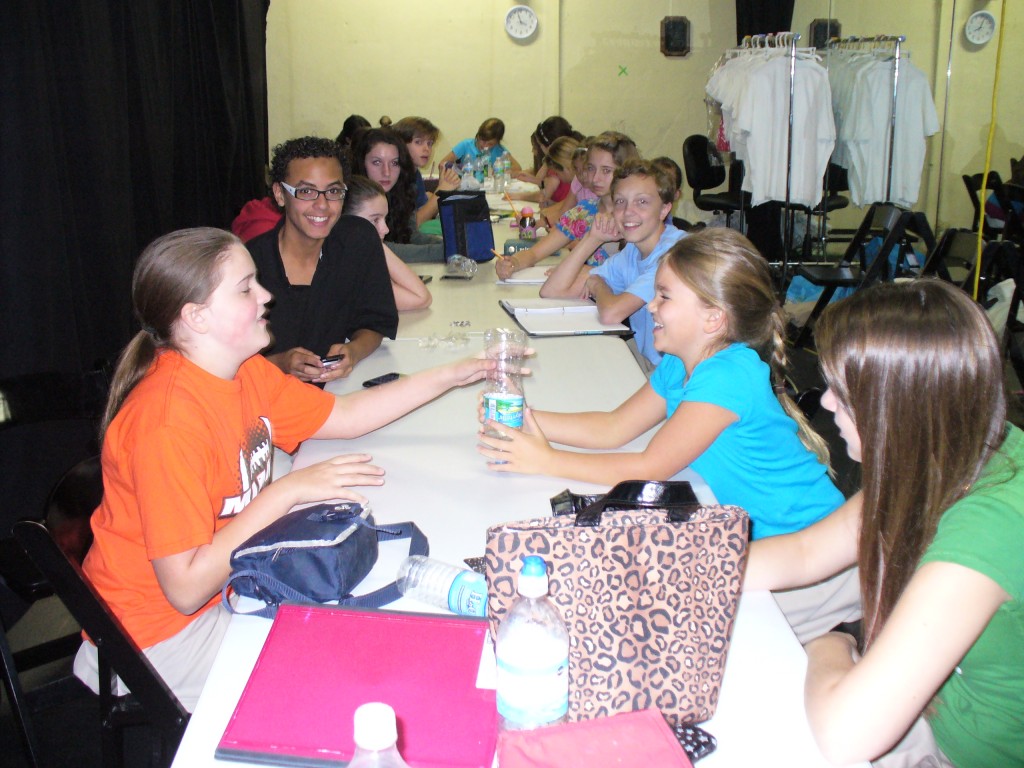 Rynasko is one of those modeling a responsible demeanor for the other cast members. But she is far from blasé about it.

To see a video of interviews and rehearsals, click here.

This entry was posted in Features and tagged Andrew Kato, Joseph and the Amazing Technicolor Dreamcoat, Maltz Jupiter Theatre. Bookmark the permalink.