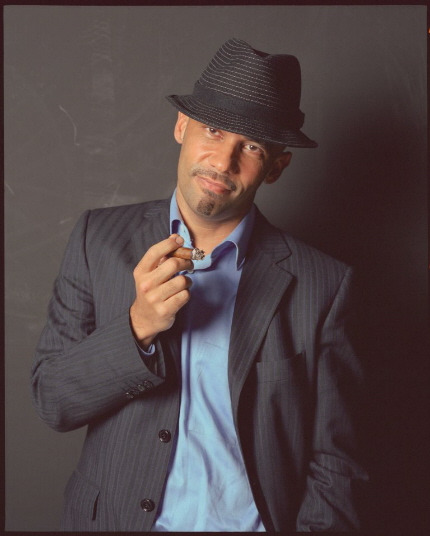 The devastation from a hurricane outside is only a reflection of the greater emotional destruction already crippling the protagonists in Nilo Cruz’s play Hurricane set for only five performances this week from Arca Stages in Miami.

The Pulitzer-Prize winner wrote a 40-minute version for the 2010 Ringling International Arts Festival at Sarasota’s Asolo Rep Theatre, but he has more than doubled its length and complexity for what he is terming a world premiere here in his hometown.

The play is described by the company as “A severe tropical storm displaces the soul of a man and the lives of his family when Forrest Hunter, a Catholic missionary living in a Caribbean island suffers an accident that leaves him injured not only physically but also mentally with a case of amnesia. Will his
wife Ria and his adopted son Aparicio help him recover his memory so he can lead a normal life? Or is his past unreachable and unattainable? The answer is revealed through an unexpected sacrifice, a path of redemption, which turns out to be a celebration of humility, generosity and kindness. Hurricane is an uplifting allegory that soars beyond the limits of existence to the immense power of human will and the rediscovery and reconstruction of life.”

Cruz who also directs the piece said, “It’s about people dealing with the impact of destruction…. It’s all about a family trying to rehabilitate a man who has lost his sense of his past… The whole thing is about memory: What is memory, is memory what we have within us, or is memory what other people have of the past. Without memory, we really don’t know who we are.” Memory is also crucial looking forward so as not to make the same mistakes, he said.

The play commissioned five years ago was sparked by thoughts of America preparing to enter another war and the destruction that results. “But I didn’t want to write about the war in a direct way, (thus) the whole concept of a hurricane,” he said. “Then the whole concept of an emotional hurricane became more interesting to me more than a physical war.”

Among “the things that contributed to me when I was writing the play was how a hurricane makes things surface. I remember with Wilma that were a lot of pieces of antiquity that resurfaced from the erosion. That’s was intriguing to me.” With his characters, “there was withheld information that resurfaces.”

The production was well-received in Sarasota although some observers thought it felt rushed and the play needed to be expanded. That marinated in Cruz’s mind. “Things circle in writers’ minds,” he said, with a self-deprecating laugh. “Sometimes you need a little bit of distance.”

Cruz moved back to Miami part-time about five years ago and closed his New York home a year ago to live here full-time. One attraction was the growing relationship with the small troupe Arca Images founded by Alexa Kuve. It produced his Hortensia and the Museum of Dreams a year ago and then the world premiere of his Sotto Voce last March.

Besides, where better to stage it than South Florida “because I think we have been impacted by hurricanes so many times and every year there’s that constant threat for four or five months,” he said last week on the ninth anniversary of Hurricane Wilma.

Cruz, who has remained busy since Anna In The Tropics won international acclaim in 2003 after a Miami bow, continues to work on multiple projects. Currently, he concentrates in the morning on a screenplay anxiously awaited by a producer (“You have to be patient if you want something of quality” he tells the producer) and, after walking the dog, focuses on Hurricane in the evening.