Posted on September 1, 2015 by Bill Hirschman 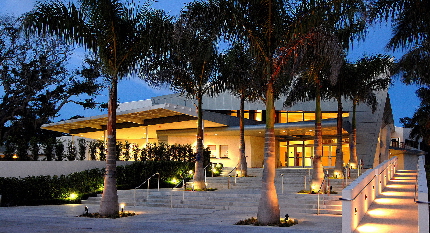 With this article we welcome Vero Beach to our expanding coverage area and critic Pam Harbaugh to our staff who will be reviewing in the region.

It may be a sleepy seaside town, but Vero Beach comes alive when the curtain goes up at Riverside Theatre, the largest, independent regional theater in Florida.

Situated in Riverside Park along the scenic Indian River, Riverside Theatre may reside in a sub-tropical paradise, but it is a professional regional theater known for its Broadway-quality shows.

“Non-profit professional regional theaters were created in this country as an alternative to the commercial ventures of Broadway and touring productions,” said Riverside’s CEO and producing director Allen D. Cornell. “Riverside is a dynamic artistic enterprise that creates original versions of the shows we select for our stages. With a highly talented staff of craftsmen, supported by the leadership of our Board of Directors and administrators, each season we strive to progressively raise the bar.”

Indeed. Its two stages delight audiences with talent and production values. Big shows have big budgets nudging the $1 million threshold and resulting in lavish productions like 42nd Street, West Side Story and The Producers. Add to that acclaimed Broadway dramas like Copenhagen and Red.

But after its $22 million renovation and expansion in 2007, Riverside Theatre is far more comfortable and inviting than any theater on Broadway in some audience members’ estimation.

In addition to the Equity performers, many shows feature a full, live orchestra, snappy choreography, drop-dead beautiful costumes and on-stage action that moves seamlessly throughout.

This has been the venue for memorable productions like Riverside’s bold Miss Saigon, its thrilling Les Miserables, and Broadway quality Crazy for You.

The theater’s second stage, the Waxlax Stage, is a large black box theater with flexible seating and staging. This focuses on tightly drawn dramas, biting comedies and even stand-up comedy in Riverside’s “Comedy Zone” series.

Cornell, an award-winning designer and director, has led the theater since 1983. He is past president of the Florida Professional Theatre Association and recipient of the organization’s Richard G. Fallon Award for excellence in professional theatre. 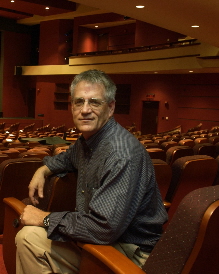 Cornell also was awarded two fellowships from the State of Florida Division of Cultural Affairs and won South Florida Theatre Critics Carbonell Award for his design of Quills at Florida Stage in 1999.

Under his direction, Riverside Theatre has grown its annual budget to $8 million while it continues to grow in reputation among theater professionals. For years, the theater has done the vast majority of its Equity casting in New York City.

Actor Warren Kelly has acted on Riverside’s stages many times. The acclaimed actor starred in Orlando Shakespeare Theatre’s To Kill a Mockingbird, and was seen in HBO’s Boardwalk Empire and the film Birdman. Kelly said that Riverside’s reputation has become so stellar among New York actors that they line up in droves when auditions are announced.

With extensive experience in working in regional theaters,. Cornell also reaches out directly to select performers, like. Kelly, as well as directors and designers for whom he has high regard.

In 2013, Riverside began collaborating with the famed Walnut Street Theatre in Philadelphia with a production of Grease. Since then, the collaborations have included critically acclaimed productions of How To Succeed in Business Without Really Trying and Memphis. This year, the two theaters will do a co-production of Sister Act.

Other shows scheduled for this season include Swinging on a Star, A Chorus Line, Over the River and Through the Woods, Hello, Dolly!, Vanya and Sonia and Masha and Spike and Freud’s Last Session.

And, it begins a new foray into Riverside Theatricals, which is devoted to the creation of new musicals. The first show will be Poodleful: A K-9 Mystery Musical – a musical for young audiences starring professional performers. It will perform at Riverside Theatre Sept. 18 to 20 and then at The Lyric Theatre in Stuart on Sept. 25.

The theatre also hosts academic lectures. This season, the Riverside Theatre Distinguished Lecturer Series brings in cardiologist and researcher Eric J. Topol (Jan. 25), celebrated documentary filmmaker Ken Burns (Feb. 8), Pulitzer-Prize winning foreign affairs columnist Bret Stephens (Feb. 22) and former Secretary of State Condoleeza Rice (March 14). These lectures always sell out the Stark Stage, so the theater does a simulcast in the black box Waxlax Stage. The entire series is sold out, but there may be cancellations. Tickets are $90 for Stark Stage and $60 for Waxlax Stage.

If you plan your visit right, you could make it to the theater’s neighbor, the Vero Beach Museum of Art, a graceful, appealing museum designed in the neoclassical tradition. It’s only a short stroll beneath stately oak trees.

Then there are the nearby restaurants ranging from the riverfront jeans-friendly upscale to pearls-friendly. There are also hotel packages with Marriott Spring Hill Suites. 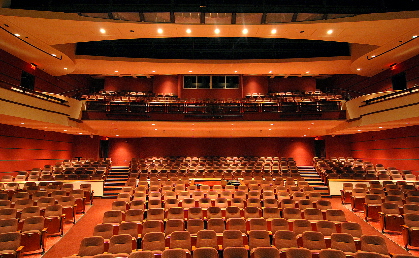 This entry was posted in Features and tagged Riverside Theatre. Bookmark the permalink.