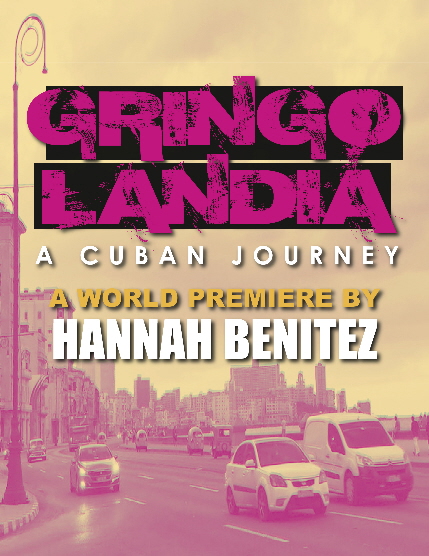 The Arsht Center for the Performing Arts announced titles and dates for its Theater Up Close series, slated to begin in early December with locally-produced works from Zoetic Stage and City Theatre including world and regional premieres. But officials do not know whether the coronavirus will force changes in the schedule.

Two of the Zoetic shows, the Stephen Sondheim musical A Little Night Music and Gringolandia, a world premiere by a local playwright, were originally scheduled for this past March and May.

The venue’s ten-year-old program to encourage local productions is based in the the smaller Carnival Studio black box theater. The news release Thursday did not address plans to resume performances in the Miami facility’s two larger auditoriums, the Ziff Ballet Opera House and Knight Concert Hall.

The Arsht, which has been shuttered since April, also lists on its website dates for the Broadway in Miami tours, starting with Wicked Feb. 17, 2021 — a much later start than usual. But tour producers have yet to confirm when they actually might send companies back out on the road.

Regardless, performances can’t be held until clear guidelines are set out by the state of Florida and Miami-Dade County. Additionally, the Actors Equity union has forbidden its members from signing any contracts until the union develops careful requirement for venues to observe to protect its members on the job.

The opening of the Theater Up Close productions will rely heavily on what state and local regulations allow regarding seating. If the national guidelines of social distancing apply – six feet in every direction – the number of seats in Carnival Studio Theater would drop from its maximum of just under 300 to low double-digits. The companies would lose money if they proceeded under that scenario. But if the state and local regulations allowed 50 percent capacity, a well-attended production could be financially “doable,” said Zoetic Managing Director Michael McKeever.

Numerous regional theaters around the country canceled their summer productions, then announced scrubbing their fall productions, and a few have announced they are not planning to open until mid-spring, wiping out their entire 2020-2021 season. Others are hoping to reopen as early as September.

The Theater Up Close season as planned is:

Spun off from Charles Dickens’ A Christmas Carol, Ebenezer Scrooge’s long-dead business partner and chains-rattling ghost Jacob Marley tells the tale from a different angle. A single actor performs 18 roles in a spooky and funny edition. Local actor Ken Clement scored a memorable triumph in the part at Actors Playhouse in 2011.

This world premiere play by local playwright and actress Hannah Benitez tells of a Cuban man returning  to the country from which he escaped 50 years earlier on a quest to recover a precious family heirloom, accompanied by his millennial children. The theater’s description: “Together, the family embarks on a journey of closure, truth and cultural connection….. (and) explores the collision of two worlds, and the importance of accepting our past in order to move into the future. “

Zoetic and Meltzer, who have presented several Carbonell-winning Sondheim shows, were in rehearsal for this musical when the virus shutdown occurred. Based on Ingmar Bergman’s film Smiles of a Summer Night, it explores the tangled web of affairs involving actress Desirée Armfeldt and the men who desire her: lawyer and former lover Fredrik Egerman and soldier and adulterer Count Carl-Magnus Malcom. The score, almost completely written in ¾ waltz time, includes some of Sondheim’s most lush and beautiful music including “The Miller’s Son,” “A Weekend in the Country” and the chart-topping “Send in the Clowns.”

This South Florida premiere is written by Alexis Scheer, a Miami native and New World School of the Arts alum. In this fierce, pitch-black comedy, four teenage girls gather in a Miami tree house to summon the ghost of Pablo Escobar. Are they messing with the actual spirit of the infamous cartel kingpin? Or just each other? A rollercoaster ride through the dark and dangerous mind of the modern American teenage girl.

For subscription information, call (305) 949-6722, or go online at arshtcenter.org. Tickets for individual performances will be available this summer.

The Arsht staff reportedly has been meeting regularly to discuss measures to deal with the virus once it opens. The news release states, “They include reinforced hygiene practices with Arsht Center staff, enhanced cleaning protocols and, likely, requiring guests to follow additional safety practices.”