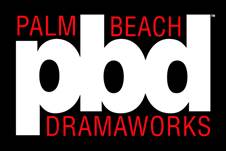 The world premiere of a Michael McKeever drama about the people who hid Anne Frank’s family and one of Lynn Nottage’s first mainstream successes about African Americans are among the five titles in Palm Beach Dramaworks’ 2021-2022 season – planned to be mounted inside its auditorium.

More and more companies are announcing their upcoming season still aligned with the unique South Florida theater calendar based on the tourist-snowbirds influx. Lake Worth Playhouse’s slate will be reported here later this week and at least one other major announcement is slated for early May.

Dramaworks built its reputation on a array of play genres, but a news release noted, “In this special season of renewal and new beginnings, PBD has chosen to focus, for the first time in its history, solely on plays written in the 21st century. These are plays that ruminate on universal themes and subjects that seem to have a special urgency at this moment in time: love, longing, politics, race and racism, anti-Semitism, art, morality, aging, determination, resiliency and courage.”

Among the most eagerly anticipated is December’s The People Downstairs by South Florida playwright-actor-designer-manager McKeever known for both drama and comedy. The play has been in development under the theater’s auspices for some time, including an in-person reading before the pandemic at the New Year/New Plays Festival and a cyber-reading in June.

Rooted in real events and fictional characters mostly based on real people, the play looks at the business co-workers who hid the Frank family and others in the attic of their office/factory. As the months drag on , the horror of the Holocaust increases, sorely testing nerves, friendships, ethics and morality.

In April 2022, Dramaworks will mount what it had hoped to produce this past season, Nottage’s Intimate Apparel. The 2003 play set at the turn of the 20th century tells the story of a 35-year-old African-American seamstress who enters into a correspondence with a man she’s never met in the hope of finding love. The play was a success 15 years ago at GableStage.

Dramaworks, like several other companies, has been relatively busy with online staged readings of plays such as three by Nottage late last year and its filmed live production of The Belle of Amherst this month.

While each of the new productions has an opening date, the exact length of the run may be adjusted for each show depending on when its available seats are used up by its subscription audience – and the clientele’s willingness to sit inside an enclosed space although the company has gone to great lengths to adopt health precautions and protocols.

The opening nights slated so far are described by the company as:

Almost, Maine, By John Cariani, Opening October 15
Love – old and new, heart-stopping and weak-kneed, unexpected and unrequited, lost and found – is in the air in the fictional, remote town of Almost, Maine. This wildly popular play takes place on a Friday night in winter, and is made up of nine mostly joyful yet poignant vignettes connected by time and place, the beauty of the aurora borealis, a touch of magic, and a spirit of hope.

The People Downstairs, by Michael McKeever, Opening December 10
For two years and one month, Anne Frank and seven others hid in four small rooms concealed behind a bookcase in the building where her father worked. Her diary revealed their ordeal to the world. But what of the people who hid them, got them food, and kept them informed? This play explores the complex challenges faced by these brave individuals on their journey of rebellious morality during the horrors of the Holocaust.

Trying, by Joanna McClelland Glass, Opening February 4
In 1967, feisty Sarah Schorr, a 25-year-old from rural Canada, goes to work as secretary for 81-year-old Francis Biddle, the patrician former US Attorney General. The brilliant Biddle is now frail, sometimes befuddled, always irascible, and facing his own mortality. Inspired by the playwright’s experiences as Biddle’s secretary, the piece is a tender yet unsentimental portrait of two disparate people navigating their vast differences to form a bond of mutual admiration, consideration, and respect.

Intimate Apparel, by Lynn Nottage, Opening April 1
In this heartfelt and heartbreaking work set at the turn of the 20th century, Esther is a 35-year-old African-American seamstress of exquisite intimate apparel who aches to love and be loved. An unlikely opportunity arises when she enters into a correspondence with a man she’s never met. The play is a lyrical exploration of loneliness and longing, sweet dreams and bitter truths, determination and resiliency.

The title of the final show of the season, a world premiere slated to open May 27, was not identified.

To deal with safety concerns, the company is installing a new HVAC system throughout the building that complies with all the latest safety guidelines recommended by the CDC and the company’s consultant engineers. Facility and ticketing procedures will be upgraded to allow for as much of a touch-free patron experience as possible. The theater will also be cleaned more frequently, and numerous hand sanitization stations will be easily accessible.

“We’re hoping these new protocols will put everyone’s mind at ease so that they can just delight in being back in the theatre and enjoy this great lineup of plays, without worrying about the air they breathe,” said Producing Artistic Director William Hayes. “However, we also recognize that a segment of our patrons might be wary about sitting in a full theatre and won’t be quite ready to return. If that’s the case, we may have to reduce the run of each play this coming season by a week. But we’re keeping the closing date flexible, depending on the response.”