Stephen Sondheim: An Appreciation Of What He Taught Us About Art And Ourselves 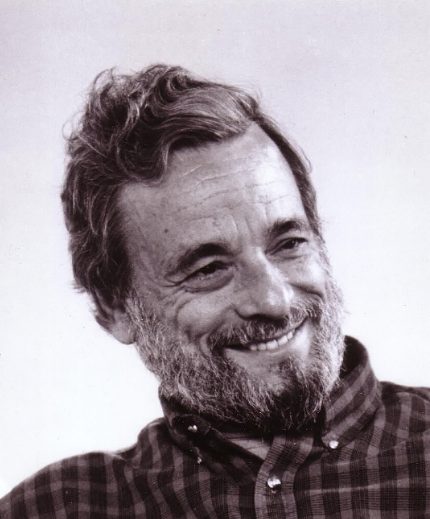 There will be hundreds of “appreciation” pieces published in print and online during the next few days memorializing the life and work of Stephen Sondheim who died Friday at the age on 91. There will be tens of thousands of mourning Facebook posts and emails spun around the globe.

But this one may be slightly different from the majority, although thousands and thousands of devotees feel the same way.

Many fans of an artist are ardent because the work expresses their own inner thoughts, hope and fears with an eloquence that not only privately reaffirms their validity, but, by placing them publically, is an endorsement of what we cannot express ourselves so eloquently.

And while this is certainly the case with Sondheim and thousands of other artists, that’s not what this piece is about, although I worshipped the man and his work.

Take a step back. In most people’s lives, there is one artist whose influence on the fabric of our lives, on our souls is incalculable. This rises far beyond fandom or adoration or just someone whose sympatico sentiments provided you with a nurturing and reaffirming soundtrack to your life – what the singer Melissa Manchester once said in concert was a way of knowing you were not going crazy all alone.

This is someone who in one way or another has redefined how you look at and live your life.

It can be virtually anyone whose life, vision and achievements mirror your own and influenced you. I revere Nanci Griffith and William Goldman, but they are in a different category. As a result, yours might not only not be mine, but we might shake our heads at each other thinking, “Well, yeah, he (or she), indeed, was an imaginative thinker or a selfless philanthropist or a phenomenal groundbreaking baseball player, but, really, that’s who you chose?”

But in Sondheim’s case, for me, for many of us, it’s that his artistic example expanded the very way we assessed our own creative aspirations, how we viewed art as a whole, and, totally without intending to, challenged us to do the same. That’s what I and uncounted others owe him.

I have been seeing professional theater since The Music Man with Robert Preston and Barbara Cook for my 8th birthday. Given the thousands of shows I have seen as a critic and fan, I could never make one of those silly lists of the 10 or 20 “best” shows I saw, and a “most loved” list would be three times that long.

But it is easy to identify the most moving, life transforming piece of my entire lifetime. The last ten minutes of both acts of Sunday in the Park with George that I saw live with Mandy Patinkin and Bernadette Peters in 1984 are the definition of transcendent. Initially, the lead-up to both sections I found interesting and did not appreciate fully until later. But the transporting, transforming impact of those last ten minutes in both acts nearly defy description if we are confined to the English language.

Because, first, they captured with a deafening resonance as nothing I had seen before or have since, the glory and the pain and the beauty of the committed creative life that most of us aspire to even if we have no talent other than in a daydream. Second, they said that a creative artist did not have to settle, should not settle for a conventional life and conventional benchmarks. There are simply no legitimate boundaries, no “standards.” In art, or, going further, in life.

So, to a degree, mourning our “heroes’ ” deaths – long after their fresh output has dwindled or vanished – is not about feeling an abyss of loss, although that will be there as well. Selfishly and with ingratitude, that merely means there will not be “something new.” Like Dot, we wish he could “give us more to see.”

And to a degree, there will be time aplenty to appreciate for the nth time what he did give us that will remain part of the world’s cultural framework for centuries to come much as Mozart and Picasso and Shakespeare. (That is not hyperbole. Come see me in a couple of centuries and we can discuss it.)

No, this is not really a time to mourn, but a time to recommit to the deeper lessons his work had given to us that we and the world can take going forward, whether we are artists or merely fellow human beings inspired by the insights of those around us.

You listen to the brilliant intricacy of his music and lyrics in say, A Little Night Music and you think what a marvel-worthy thing is the imaginative creative brain. Then turn to the razor incisive simplicity and Truth of “Loving you / is not a choice / it’s who I am” from Passion,

Sondheim makes us want to push beyond how we live our lives, to “never do anything twice,” and so many other lessons that go far beyond what a musical theater piece might address immediately.

I had the giddy pleasure of interviewing him by phone very, very briefly a couple of times and exchanged a couple of emails for articles in The Sondheim Review magazine. He was helpful, but businesslike cordial with a journalist.

But the memory I keep dear was when I saw the Tom Stoppard play The Invention of Love in 1997. And there he was with a female companion. I did not know then that he attended the vast majority of productions in New York, big and small, important and not. At intermission, they quickly strolled a block away from the crowd, clearly wanting privacy. But I, a congenitally shy person when not working, who rarely if ever approached luminaries, followed him. I faced him and said in what must have been halting speech, “I am sorry to bother you. I’m sure you want to be alone. But I just want to say, Thank you. Just thank you for all you’ve given us.” Figuring I had already overstayed my welcome, I started to back off. And then he looked directly at me and said to me in a warm, genuine voice, “Thank you. That’s the nicest thing anyone has said to me in quite a while.” And then I disappeared back into the impenetrable forest of Stoppard and A.E. Housman.

I so wish I could have told him so much more, but, of course, many had already and would continue to for another 20-plus years.

The only appropriate thanks to him and the people like him who have that kind of effect on our lives is to live those lessons fully – and be grateful.

This entry was posted in General and tagged Stephen Sondheim. Bookmark the permalink.

One Response to Stephen Sondheim: An Appreciation Of What He Taught Us About Art And Ourselves