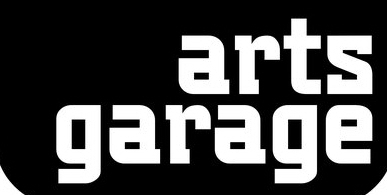 The fate of Arts Garage in Delray Beach has taken a more encouraging turn because a major funder received enough financial information to make its leaders comfortable in disbursing some if not all of the crucially-needed operating funds being withheld, officials confirmed Monday.

The Community Redevelopment Agency voted Friday to release $68,750, the fourth-quarter grant for the 2014-2015 fiscal year, CRA minutes show. Since the agreement with the CRA reimburses Arts Garage after money is already spent, the grant helps refill the Arts Garage’s depleted operating budget.

“I think we’re over the hump of uncertainty,” Arts Garage President and CEO Alyona Ushe said Monday. “The organization has turned a major, major corner. Not only will we survive, but we will flourish.”

The release of the money was triggered when Arts Garage delivered numerous financial documents Wednesday that CRA’s staff wanted to inspect to ensure that their past grants had been spent responsibly and were being accounted for correctly, said CRA Executive Director Jeff Costello.

For instance, the CRA wanted and received proof that their money was not being spent or co-mingled with the Arts Garage’s operations of other venues owned by the City of Pompano Beach, Costello said Monday.

But the CRA is still withholding two quarterly payments for the current 2015-2016 fiscal year, about $140,000, while Arts Garage takes action on demands from CRA and Arts Garage’s landlord, the Delray Beach City commission, for more documentation and changes in its financial management.

CRA provides about 18 percent of the Arts Garage’s operating funds. “They knew they had to move quickly, because we’re almost halfway through the fiscal year,” Costello said Monday

The CRA board insisted last month and still requires that Arts Garage deliver an audit of the 2014-2015 fiscal year expenditures before releasing any more money. Until the release of funds Friday, Ushe said they did not have the cash flow to pay for it. Now the newly-commissioned audit plus a strategic business plan and an updated handbook of financial procedures should be ready by the end of March, Ushe said.

In theory, the venue’s lease with the city expires March 15, but the city commission – which also has questioned the group’s financial management practices – informally agreed last week to extend the lease month-to-month for six months to give the venue time to overhaul its administrative structure.

Arts Garage is a non-profit performing arts venue that leases space in the built-out first floor of the city-owned parking garage just west of the new Pineapple Grove district downtown.

It received a temporary reprieve on its lease Tuesday night from the City Commission, but its long-term existence depends on significant changes to satisfying commissioners’ accusations of financial mismanagement.

The commission begrudgingly agreed to consider extending the lease for the five-year-old multi-disciplinary venue another 2 to 5 years if the venue’s board of directors and city leaders can hammer out requisite items on a checklist ranging from an overhaul of the management structure to bringing minorities onto its governing board to quarterly progress reports on the changes.

“There’s still work they need to do,” Costello observed.

Ushe said she was grateful that about 400 patrons and citizens emailed their thanks to the city commission last week for their support for extending the lease.

This entry was posted in News and tagged Alyona Ushe, Arts Garage. Bookmark the permalink.