Celebration Of Jay Harris’ Life Set For Tuesday At Gablestage 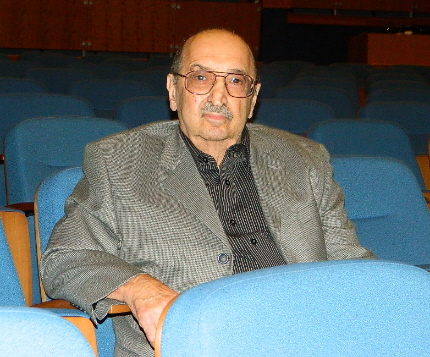 Friends, family and colleagues will share stories about the life and contributions of South Florida theater champion Jay Harris at a celebration at 7:30 p.m. Tuesday at Gablestage.

Harris died June 20 at age 77 from complications during surgery to repair a prior hip replacement. Gentle and irascible, caring and curmudgeonly, Harris gave developing and established theater companies uncounted amounts of money as well as advice gleaned from his decades of a theater producer.

“If you were in a show in South Florida in the last 15 years, he probably paid for something in it,” said actress Deborah L. Sherman, one of the events’ organizers.

Considering that Harris would have said he wouldn’t want a major fuss, the evening will start with a half-hour in which people can swap stories over wine and snacks, she said.

At 8 p.m., people will gather in Gablestage’s auditorium to hear an invited group of friends speak brief eulogies, Sherman said, people who “know what he meant to us as a person and how it’s not going to be the same now that he’s gone.”

Among the speakers will be Nilo Cruz, whose Pulitzer Prize-winning play Anna in the Tropics was championed by Harris; Amy London, who worked as executive director when Harris was transforming the Carbonell Awards; David Arisco, artistic director of Actors Playhouse; Richard Jay Simon, founder of Mosaic Theatre; and Gablestage producing artistic director Joseph Adler.

GableStage is located on the eastern side of the Biltmore Hotel, 1200 Anastasia Avenue in Coral Gables. Free parking is available on the west side of the hotel. For assured seating, call 305-445-1119.

This entry was posted in News and tagged GableStage, Joseph Adler. Bookmark the permalink.