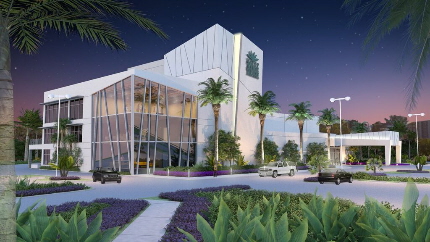 Turn of the century newsboys cavorting in Jupiter, Tarzan swinging across a Fort Lauderdale stage and Tony Manero swiveling his hips in Margate — the 2017-2018 season for South Florida theater promises a cornucopia of visuals not often seen on local stages.

The Maltz Jupiter Theatre unveiled its slate Monday, Slow Burn Theatre Company posted its schedule in the lobby at the Broward Center for the Performing Arts, and Broward Stage Door has listed its lengthy roster to be performed in two auditoriums in a year-round schedule.

Several other companies expect to announce their line-ups over the next four weeks including Broadway Across America in Fort Lauderdale and Miami. In some cases, titles have been announced but not specific dates, and dates could change by next fall. In some cases, season subscriptions are already on sale, but in most cases, tickets will not be available for another few weeks.

The attractiveness of the season is crucial at this juncture as the theater continues its quest to develop into a nationally-recognized regional theater. The theater has begun fundraising for a $27 million to $30 million capital campaign. The Believe initiative would expand the education operations, expand its stage to enable it to mount works headed for Broadway, create more space for rehearsals and other projects. The most high-profile is to add a 199-seat black box theater to debut new work, host one-performer shows and cabarets, and to mount edgier works during and outside the theater’s central six-month season that dovetails with the snowbirds who make up as majority of its patrons.

The theater is on a roll. The current season attracted a record-breaking 7,758 subscribers, an unusually large figure for a non-urban community. Those ticket sales provide 60 percent of its operating budget as opposed to donations, an unusually high percentage for a non-profit theater.

—-Born Yesterday (Oct. 29 – Nov. 12) The classic 1946 comedy, which made a star of Judy Holliday and also of Nina Arianda in 2011, is a satire about class and Washington insider dealings, somewhat appropriate for these times. Harry Brock, a hot-tempered and corrupt tycoon, is determined to make a name for himself in the D.C. But his ex-showgirl girlfriend, Billie Dawn, isn’t quite cutting it in highbrow society. Harry schemes to transform blonde bombshell Billie into a cultured and classy woman with the efforts of a handsome tutor.
—-Disney’s Newsies The Musical (Nov. 28 – Dec. 17) Based on the real-life 1899 New York newsboys’ strike, the fictional tale started out as a 1992 movie musical that was not especially successful but which gained a cult following among youngsters. In 2011, Disney made it a stage musical with music by Alan Menken  and a book by Harvey Fierstein. The musical itself divides audiences, but it features the opportunity for undeniably infectiously rousing dance numbers that wins over audiences.
—-Hairspray (Jan. 9 – 28, 2018) One of most engaging musicals of the past few years, combining a hilarious send-up of early 1960s rock with raucous comedy and a few social justice messages slipped in.
—-An Inspector Calls (Feb. 4 – 18) The big risk of the season is this 1945-46 drama by British playwright J.B. Priestley that is both psychological mystery thriller and an incisive indictment of the dying class system. When a police detective mysteriously arrives at the home of an affluent family to investigate the earlier death of a young woman, their intimate dinner party takes a turn for the worst. The drawing room script is very much of the period, but its underlying message still resonates and it provides stunning opportunities for imaginative staging such as the Stephen Daldry’s revival in 1992.
—-South Pacific (March 6 – 25) The Lincoln Center revival proved that there is timeless relevance in the story of love and war in addition to one of the loveliest scores that Rodgers and Hammerstein ever produced.

Slow Burn Theatre Company continues its predilection for shows that weren’t always box office smashes but which have elements well worth producing.

This season’s slate at the Broward Center’s Amaturo Theatre will be:

—-Tarzan (Oct. 19 – Nov. 5), Disney based this stage musical on its animated film, with a score by Phil Collins and book by David Henry Hwang that requires considerable rigging to fly the hero and animals around the stage
—-The Secret Garden (December 14 – 31, 2017), the musical by composer Lucy Simon and lyricist/bookwriter Marsha Norman, based on the beloved children’s novel. While moderately successful on Broadway, it is rarely revived because it requires a large cast and production resources, but over time it has gained a rabid cult following.
—-The Bridges of Madison County (January 18 – February 4, 2018), an under-recognized musical version of the novel-movie with a glorious score by Jason Robert Brown and book by Marsha Norman. The Broadway production with Kelli O’Hara did not do well in ticket sales, but people who saw it were transported – an effort far better than the book or the film.
—-Memphis (March 21 – April 8) the Tony-winning musical about the Southern deejay who popularized soul and R&B music among cross-racial lines. It features an original kick-butt score by David Bryan of Bon Jovi fame and numerous showstopping dance numbers.

—-Disaster! The Musical (at the Abdo New River Room in the Broward Center Feb. 5-18; Aventura Center for the Performing Arts Feb. 19-25, and Delray Center for the Arts March 1-4),  a musical spoof of disaster movies using 1970s pop music conceived by Broadway maven Seth Rudetsky and colleague Jack Plotnick.
—Peter and the Starcatcher (dates and locations to be announced), a play with music based on the Dave Barry-Ridley Pearson book providing an alternate origin tale for Peter Pan.

Broward Stage Door marking a 25th year of operation has slated in its two adjacent auditoriums:
—-The Sunshine Boys (Aug. 18-Sept. 24), Neil Simon’s classic comedy about two aging comedians who hate each other but who are forced to perform together one last time.
—-Saturday Night Fever (Sept. 1-Oct. 15), a stage musical version of the John Travolta film that defined the disco era.
—-Tickling the Ivories (Oct. 13-Nov. 19), a celebration of piano music and songs ranging from Liberace to Alicia Keys.
—-I Love My Wife (Nov. 3-Dec.10), the disarmingly charming musical by Cy Coleman and Michael Stewart about two conventional couples contemplating partner-swapping.
—-Smokey Joe’s Café (Dec. 18-Jan.4, 2018), the rollicking revue strolling through the Leiber and Stoller pop music songbook of the 1950s and 1960s.
—-Hot Latin Rhythms (Dec. 29-Feb. 11), a celebration of almost every major permutation of Latin music.
—-Imagine (Feb. 2-March 11), a retrospective of the Beatles’ music both together and their solo efforts.
—-Nice Work If You Can Get It (March-April 15), a screwball musical comedy pulling together a score of Gershwin standards in a story echoing a score of stage musical of the 20th Century.
—-Time Step (March 30-May 6), the world premiere of a celebration of tap dancing from the team that created The Soul of Motor City, Vegas… A Night On The Strip and Swing Swing Swing.
—-Victor Victoria (May 4-June 7), the stage version of the film comedy about a female nightclub star performing as man, and her pursuit of the love of her life who doesn’t know her secret.
—-From Door to Door (May 25-July 1), the revival of a comedy about three Jewish women exploring their roots.
—-Breaking Up Is Hard To Do (July 6-Aug. 12), a musical about two friends from Brooklyn finding romance during a Labor Day weekend, featuring the songs of Neil Sedaka.