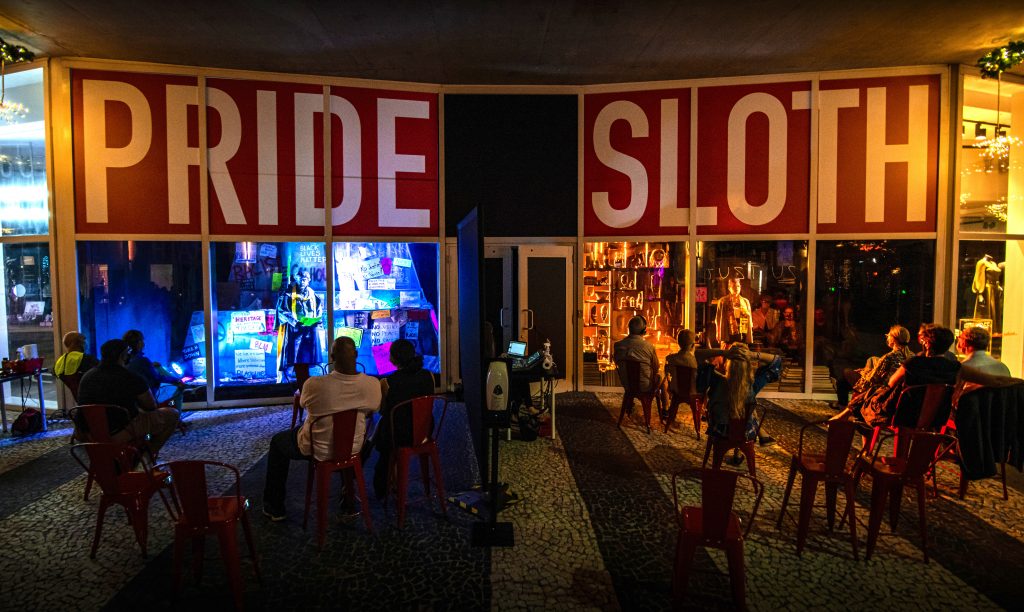 Miami New Drama’s innovative 7 Deadly Sins production, which has garnered attention around the country, has won a new category from the annual Drama League Awards.

The national award program added five new categories this year to reflect the wide array of digital and other non-traditional productions mounted during the pandemic from March 202202 to March 2021.

The awards, now in their 87th year, is voted on by thousands of League members representing a broad spectrum — actors, designers, directors, playwrights, producers, industry veterans, critics and dedicated audiences who attend Broad and off-Broadway productions  About 400 nominations were made for the five new awards, leading to five finalists in each category.

In a pre-recorded acceptance speech, Hausmann, said, “I want to congratulate the seven brilliant playwrights who came together with one goal in mind — to keep the spirit and hope of our community alive and show the resilience and the power of theater….. Seven Deadly Sins was our attempt at keeping the flame alive as our theatrical ancestors have done for us in moments of societal hardship. “

In a statement online, Hausmann wrote, “Thank you to everyone who played a role in the making of this production, our incredibly supportive Board of Directors, and especially the City of Miami Beach Government who supports us every step of the way, and continuously shines a light on the importance of the arts in our magnificent city. Over 100 inspiring theater professionals worked tirelessly over the better part of a year to make this dream a reality. We are so grateful to each and every one of you. Thank you!”

This entry was posted in News and tagged Miami New Drama. Bookmark the permalink.