Michael Hall, Pioneering Co-Founder Of The Caldwell Theatre, Dead At 77 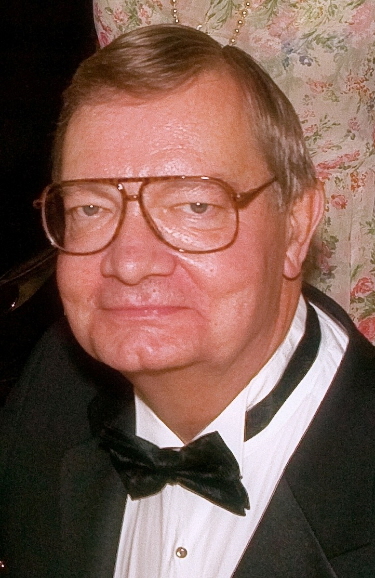 Michael Hall, among the pioneers who transformed a fledgling theater scene focused on moldy warhorses and built it into a vibrant regional force embracing challenging work, died June 15 from pancreatic cancer at age 77, it was announced Sunday.

As co-founder and artistic director of the Caldwell Theatre Company in Boca Raton, he began mounting classics like The Heiress, but eventually won his audience over for dramas, comedies and small musicals that had appeared on and off-Broadway a few years earlier such as Take Me Out.

“With regard to the South Florida landscape, he never got even remotely the credit he deserved,” said Clive Cholerton, who he entrusted the Caldwell to when he retired. “He was tackling far more challenging work long before anyone else.  He made it possible to do challenging work in South Florida and particularly broke all the ground in Palm Beach County. Without him there is no Florida Stage, Palm Beach Dramaworks, Slow Burn Theater.”

No funeral services were held, in accordance with his wishes. Friends are encouraged to donate in his memory to local theaters, museums or other arts institutions.

Hall championed local playwrights, giving them first or second productions such as John de Groot’s Papa and plays by Michael McKeever such as Don’t Tell the Tsar, The Impressionists and Suite Surrender.

The Caldwell also was one of the first mainstream theaters in the state to regularly produce gay-themed work including a scorching production of Bent, Gross Indecency: The Three Trials of Oscar Wilde, and what he considered his favorite work, Moises’ Kaufman’s The Laramie Project in 2001.

In 1987, his work earned him the George Abbot Award for Outstanding Achievement In The Arts, awarded for “significant contributions to the artistic and cultural development of the region” in 1987 from the Carbonells, the highest award it bestows.

But his unsung accomplishment, alongside Jan McArt, Ruth Foreman, Burt Reynolds and Brian C. Smith, was establishing a steady source of work for theatrical artists, enabling scores to make South Florida their home base. Over the decades, he created a running ensemble of reliable hands who worked together over and over, many of them Equity actors.

In a 2012 email interview with Florida Theater On Stage, he said, “I am proudest of my establishment of a company of players that will always remain close.… We became an artistic home for a wonderful group of actors, designers and technicians. They are the ones who miss Caldwell the most.  Pat Nesbit, John Felix, Viki Boyle, Tom Wahl, Elizabeth Dimon, Peter Haig, Barbara Bradshaw, Angie Radosh, Harriet Oser, Ken Kay, Kim Cozort, on and on.”

Although the theater had closed by 2012, he added, “We sought to create ensemble productions with a company of players, designers and technicians who worked together as a happy team. A sense of ‘the Caldwell Theatre family’ exists today despite the loss of venue.”

At the same time, he took chances on new talent and gave several people the opportunity to earn their Equity card including Marc Kudisch, now a Broadway leading man.

“We hired hundreds of artists by tackling many large-cast plays. You Can’t Take It With You opened our second venue in 1980 with a cast of 18, topped by A Few Good Men in 1992 with a cast of 20. We brought Len Cariou to play Hemingway in Papa and James Joyce in Himself!  and Charles Nelson Reilly to debut his one-many Life of Reilly,” he said.

Although he was a freelance director as well, Hall co-founded the Caldwell Theatre in 1975 (named for Rubbermaid founder James R. Caldwell) in partnership with scenic designer Frank Bennett.

The company started out in an auditorium at the College of Boca Raton (now Lynn University) but moved into the Boca Raton Mall, then into the Levitz Plaza strip shopping center and finally built its own theater a few doors to the north, a nearly 30,000-square foot cream colored jewel box at 7901 N. Federal Highway. The shuttered facility was later bought by The Wick Theatre.

Newcomers retiring from the northeast where theater was a habit were a mainstay of the audience. But locals came to appreciate the Caldwell as a quality product. That perception was underscored by its designation as a State Theater of Florida and that the productions, creative teams and actors won more than 75 Carbonell Awards, many of which were proudly displayed in a room off the main lobby.

“When (we) began as the Caldwell Playhouse in 1975, there was little professional regional theater (in) South Florida. James Caldwell, who inspired the creation of this theater, told me it was the right time and the right place to put together a company,” he recalled in the 2012 interview.

“From the beginning, this theater offered…period plays with period perfect sets, costumes and props, winning audiences and awards with Shaw (Candida), Somerset Maugham (Our Betters, The Circle), and Turgenev (Fortune’s Fool) also The Heiress, The Hasty Heart, The Women.”

After cementing a reputation for stylish productions of recognizable 1950s titles like The Barretts of Wimpole Street, Hall programmed and usually directed a wide array of genres that encompassed Lady Day at Emerson’s Bar and Grill, The Normal Heart, Doubt, Falsettoland, Company and Other People’s Money. Among his 150-plus projects, he took chances many other producers did not. As a result, some productions were glorious triumphs, some resounding misfires.

Some work pushed the edge of a conventional audience’s envelope, creating controversy yet proving the region had an audience for serious work. Sometimes the controversy extended to something more. In 1996, he staged Love! Valour! Compassion! which was almost a photographic recreation of the New York staging and visual design, leading to a lawsuit from the original production’s director.

Asked about his most memorable shows, he reeled off, “Specific productions? The Middle Ages, which we moved intact to Los Angeles in 1984; the 1986 summer productions of Boys in the Band and The Normal Heart playing in rotating repertory, the latter dealing with the beginning of the AIDS crisis; and Pat Nesbit knocking us out with almost every one of the more than 40 plays she appeared in from our first season (Ring Round the Moon in 1976) to Doubt in 2007, and my guest shot for Next Fall in 2011.”

Patricia Burdett, his right-hand and confidant at the Caldwell from nearly the beginning, said, “The Caldwell’s mission was always to educate, enlighten, and entertain.  Michael was adamant about presenting relevant work that illustrated the diversity of the human condition.  No one loved a good musical more than Michael, but he also knew that theater must strive to open the minds of audiences to differing ideas.  Because of this shared philosophy, we produced works that changed the landscape of South Florida theater.”

Throughout, Hall worked to create and nurture an appetite for theater among young audiences, offering classes as well as Theater For Schools, a program that brought middle and high school students to special morning performances.

He retired in 2009 after grooming actor/director and board member Cholerton to succeed him. But the new building had incurred crippling even fatal debt when some donor pledges fell through. Cholerton produced outstanding and critically acclaimed work, but a percentage of the Caldwell’s regular subscribers felt the fare was charging into more challenging productions than they were seeking. Subscriptions fell off sharply and the theater closed in 2012.

Hall remained publically circumspect about the closing. He did allow in 2012, “Regarding the new theater, had developers come through with promises, the economy not faltered, (fraud master Bernard} Madoff and others not frightened donors, history might be different.”

Instead, he dove into his passion for travel and photography, which he featured in a blog, www.bullinthehallway.com. He wrote a two-volume history of the Caldwell with photographs that was published privately for his friends, family and Caldwell colleagues and associates.

He partnered with the Hurry Hill Maple Farm and Museum in Edinboro, PA, for readings from Miracles on Maple Hill, the Newbery Medal-winning book for young readers by Virginia Sorensen, a resident of Edinboro during Hall’s formative years. He considered Sorensen a mentor, and she was instrumental in his gaining admission to college by permitting him to adapt her book, Plain Girl, into a play that he submitted as part of his college application.

Not long before his death, Hall spoke at two Sorensen-related literary events: the first recognized maple sugarhouses in rural Pennsylvania and Miracles on Maple Hill and the second honored the Erie County Bookmobile and Sorensen’s Curious Missy, about a rural Alabama bookmobile.

Hall had a genial personality that endeared him to audiences and artists, but he was a private and even shy person who studiously retreated from the public eye after he retired, although he maintained close friendships. He was renowned, though, for a gift for storytelling of his theater experiences (some risqué)

He was  born May 16, 1940,  the only child of Dorothy (Helmer) and Carl Hall and spent his youth in Rock Island, IL, and Edinboro, PA, before earning his bachelor’s degree from the School of Drama at Carnegie Tech (now Carnegie Mellon) and his master’s degree from the University of Florida.

Asked if he had any regrets, Hall said simply, “None. I had 34 years of work that I loved. I enjoyed an amazing number of high points. Awards are great, but personal satisfaction … is what resonates with me.”

This entry was posted in News and tagged Caldwell Theatre Company, Michael Hall. Bookmark the permalink.