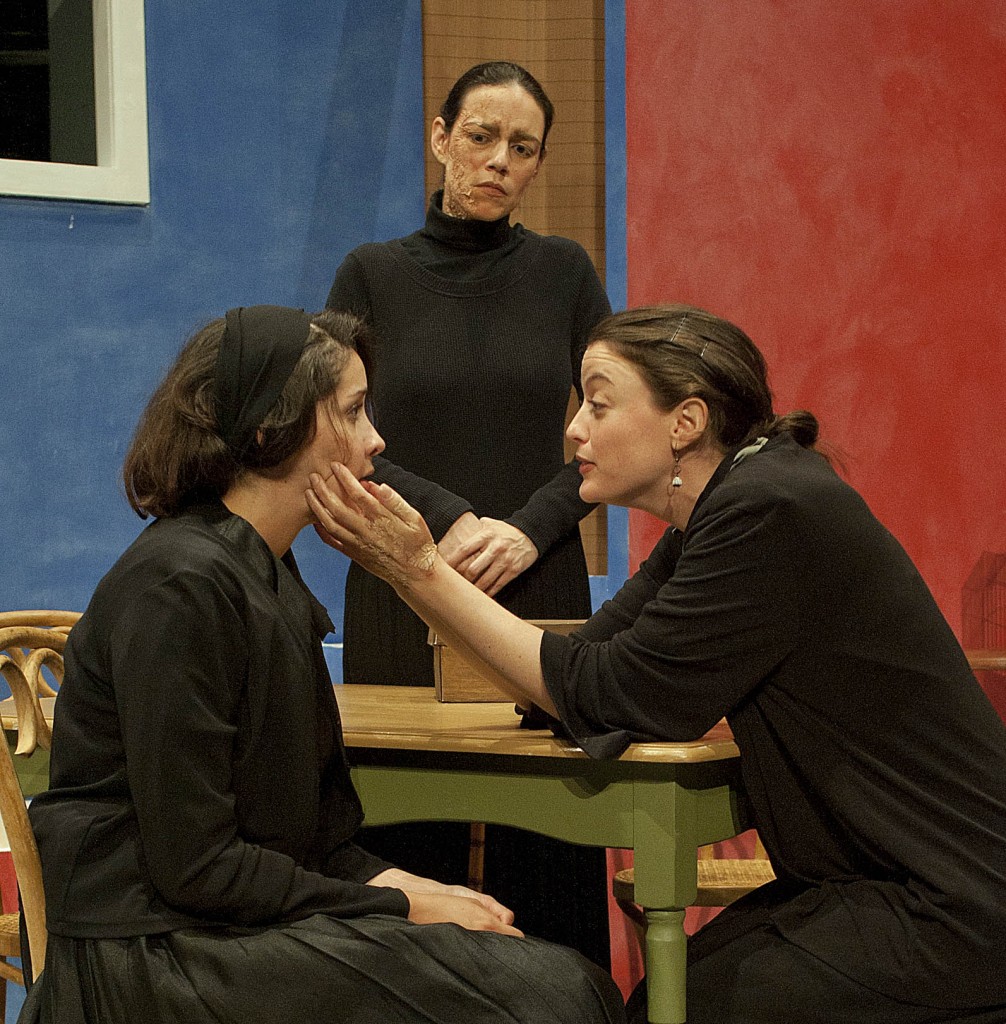 In the sense that economics are the root cause, observers might group The Promethean Theatre’s imminent closing with the high profile problems plaguing other South Florida theaters during the past year.

But co-founder Deborah L. Sherman makes a distinction. The eight-year-old theater in Davie is closing in the black, before it owes a dime, and, most important to her, while the quality of its productions allows her colleagues to hold up their heads with pride.

“I don’t think of this as a loss. It’s a choice — and we weren’t forced to make this choice. It’s the mature thing to do,” Sherman said as the company rehearses its last show, The Unseen, which opens March 9.

A few years ago, 15 to 30 donors gave significant amounts. This season, there are five, all of whom have given already.

“I’m old and I’m tired and it’s too hard to battle for finding money on the ground. We just can’t imagine going out there a 24th time,” Sherman said. “We’d rather go out with a level of quality, not… have people say, ‘The last two years, they weren’t all that good’.”

The reference to “the 24th time” reflects a funding paradigm common to many small companies in which a theater scrounges for funding between loosely planned shows, unable to mount a production until the money is raised.

The first two years, Promethean had enough contributions to guarantee a full season of three plays. But such companies rarely sell enough season subscriptions to prime the financial pump or allow any reliable budgeting. So none are certain if and when they can produce the next show.

Making it harder, Promethean sometimes used Equity actors and union stage managers; their salary had to be in escrow ahead of opening night. “One actor can cost us $3,000 up front out of an $8,000 budget,” she said. Sherman also insisted on having the cash on hand for the designers and other staffers.

Therefore, Sherman is skeptical about the sustainability of small companies using this model. Even if an angel came through today with $25,000, “that would give us maybe another year and a half, but that’s not long-term funding, not a long-term solution,” she said.

“Margaret and I never went out to the press and the public to say we might not be here next year, but it was like that every year.” 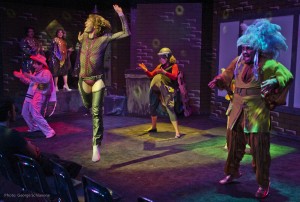 Song of the Living Dead

She became seriously concerned about the company’s survival in August while producing the campy musical, Song of the Living Dead. Its lead performer, a non-Equity actor, became seriously ill, causing a week’s postponement. When the actor could not return, she hired an Equity actor to learn the part in a matter of days. That seriously increased the expense of a show with little fiscal wiggle room, she said. Then the box office sales turned out to be disappointing.

In January, Promethean produced the farce Boeing Boeing, which had been a major success in New York two seasons earlier. The royalty was higher than usual, but, again, the audiences didn’t fill the stands.

Worse, some regular donors were balking at contributing. “All these (smaller) companies, the Women’s Theatre Project, the others, we’re all asking the same people for money,” Sherman said. Promethean’s limited schedule of three productions became a Catch 22. “One patron said ‘you’re getting less money (from me) because you’re doing fewer shows’.”

At the same time, Promethean’s hallmark always has been pride in its integrity, professionalism and aspirations.

“We did the best we could. They might not all have been home runs; some were pieces of sh** rolled in glitter, but we never compromised,” Sherman said.

She always chafed at what she saw as condescending phrases used to describe them, such as scrappy or tough little cookies. “We want to be compared to everybody else. We have Coconut Grove Playhouse standards and a 99-cent store budget,” she said.

For instance, the theater often invested in a convincing set such as the five-star hotel room for the satire about tabloid journalism, Dumb Show in 2009 “because Margaret and I always felt that if ever for a moment, the audience wasn’t buying the location, it would take them out of the play.”

Sherman founded Promethean with actress Beth McIntosh in late 2004 after the Hollywood Theatre shuttered as the two were rehearsing The Real Inspector Hound. Wanting some control over their careers, they started renting the tiny Main Street Theater in Miami Lakes.

The stated mission: “…seek daring and creative approaches to classical pieces as well as contemporary and new works that engage the imagination and inspire passionate discourse among its artists and the audience.”

They chose plays to appeal to their contemporaries, titles unknown to mainstream theatergoers, such as their debut drama, Craig Wright’s Orange Flower Water in March 2005. They mounted world premieres for local playwrights Juan C. Sanchez and Mario Diament.

Critically, its productions varied from a disappointing modern take on Cyrano (with a fine performance by Ken Clement) to a moving Still the River Runs in 2008. Other triumphs included Diament’s A Report on the Banality of Love, Harold Pinter’s The Dumb Waiter and Joe Penhall’s Dumb Show.

The theater became a safe haven for emerging and experienced actors like Gregg Weiner, Ricky Waugh, David Sirois, Michaela Cronan, Amy McKenna, Pamela Roza, Ursula Cataan and Colin McPhillamy. Actors were shielded from the crushing economic problems and treated as professionals. “No actor had to pick up a paint brush” if they didn’t want to. “None of the actors brought shoes from home.”

Along the way, the company earned 14 Carbonell nominations including one award for best ensemble for its 2008 production of Nilo Cruz’s Two Sisters and a Piano. Ironically, that production of Song of the Living Dead has earned five additional nominations for the award ceremony slated for one week after the theater closes for good.

The Promethean leaders are obviously upset, but they are philosophical as well.

Sherman said, “It’s closing because it’s time. It’s run its course. It’s done everything it could possibly do,”