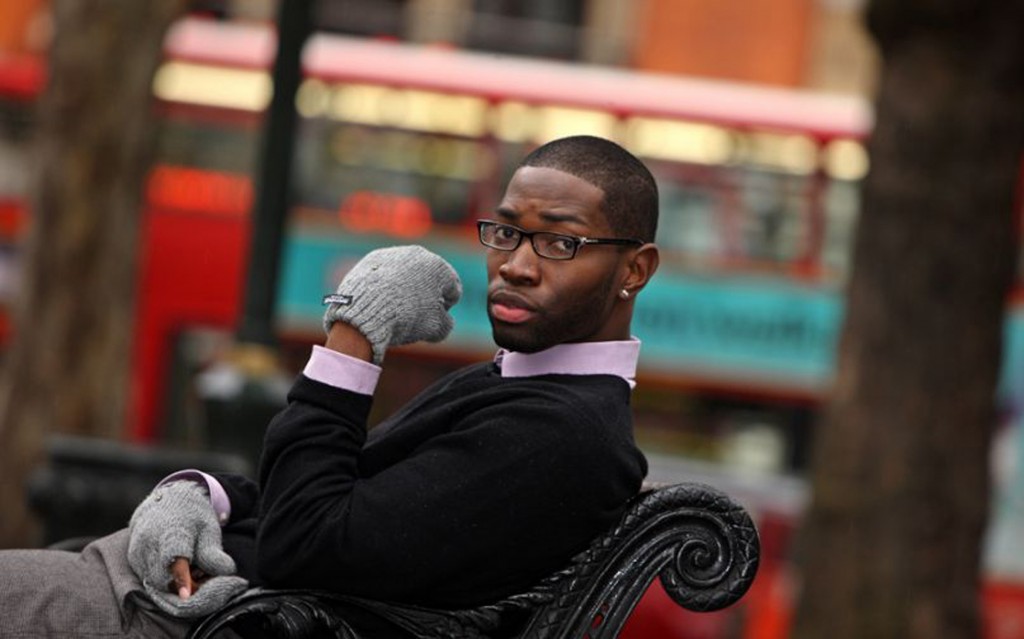 Tarell Alvin McCraney, the Miami-raised playwright who has forged an international reputation, is bringing a new Haitian-flavored adaptation of Shakespeare’s Antony and Cleopatra to GableStage in January 2014.

The American premiere will be sandwiched between its world debut at the Royal Shakespeare Company in November 2013 and its subsequent co-production at The Public Theater in New York City in late January 2014.

“It’s a big step,” said Joseph Adler, producing artistic director of GableStage who sealed the project last week. “We’ve been working on this a year and half since Tarell suggested it. We’ve been talking in New York with (Public Theater Artistic Director) Oskar Eustis and (retiring RSC Artistic Director) Michael Boyd.”

The co-production plans to audition actors in all three regions including South Florida and sign them to act in all three cities and fly them to London for rehearsals, Adler said.

The project is the first step in McCraney and Adler’s dream of developing a long-term commitment to producing Shakespeare in Miami-Dade County. New Theatre was the only professional company in Dade regularly producing Shakespeare and only the second in the region until it declared a hiatus on the Bard this season.

“This was really started by Tarell,” Adler said Monday afternoon.

“We believe this project will be a transformative event for South Florida theater,”   Adler wrote in a news release.

That dream was kickstarted last December when GableStage received a $120,000 grant from the Knight Foundation’s art challenge program as seed money for an ongoing Winter Shakespeare Festival built around McCraney’s adaptations.

That means the GableStage will have to find about another $580,000 to fund the local share of the $2 million co-production. Board President Steven M. Weinger wrote in a news release, “Our board has risen to the challenge and is committed to raising the funds necessary for GableStage to meet its obligations to create and present this remarkable production.”

McCraney plans a radical reinterpretation of Antony and Cleopatra that is “stripping down the text, reordering the scene structure and relocating the play… in the late 1700s against the backdrop of Saint-Domingue, on the eve of the Haitian Revolution against the French, bringing to light vivid historical parallels with the story of Antony and Cleopatra,” according a news release.

McCraney was quoted as saying, “Taking this equal parts tragedy equal parts history and setting it in the budding racial politics of the New World, a history ripe with pirating and battles over loyalty, we heighten the forbidden and passionate love affair between the conqueror, Antony, and colonized, Cleopatra,”

The South Florida schedule of Jan. 9-26 will be the American premiere of the piece. It will only run two weeks as opposed to the GableStage’s normal five-week run. To reach the largest possible audience, the play will be performed at the Gusman Center for the Performing Arts in downtown Miami instead of the GableStage’s theater at the Biltmore Hotel. The entire 1,500-seat auditorium would be available for 10 morning performances for local students; the balconies would be blocked off to leave 700 seats during 7 evening performances for subscribers and single-ticket patrons.

The show would mark the third collaboration between McCraney and GableStage.  The Brothers Size was directed by McCraney at the Coral Gables stage in September 2011 – the first full-fledged professional production of his work in his hometown.

McCraney also is returning to the GableStage this winter to direct the American premiere of a 90-minute, high-energy version of Hamlet, Jan. 12-Feb. 10. The adaptation by McCraney and Bijan Shebani was created for the Royal Shakespeare Company’s Young People’s Shakespeare program and toured the United Kingdom before being presented at the Park Avenue Armory in New York.

These have been unusually busy times for the 32-year-old native of Liberty City who said he spends as much time now in living in hotels rooms in America and England as he does with family in Florida because of non-stop commissions and competing demands.

In September, the Royal Court Theatre in London premiered his play Choir Boy to strong reviews and it will be part of the Manhattan Theatre Club’s regular season in July. Next April, his play Head of Passes will premiere at the Steppenwolf Theatre Company where he is a member of the ensemble. Until last year, he was a
playwright in residence at the Royal Shakespeare Company and remains an artistic associate there.

“I am delighted that we are able to continue our collaborations with some of the most exciting theatre makers in the U.S…., said current RSC Artistic Director Gregory Doran in a news release. “Tarell was an inspirational writer in residence with us and I’m so pleased that we are able to work with him and such great American theatre companies on a new project…. I hope audiences on both sides of the Atlantic will enjoy this radical relook at a familiar story.”

Eustis was quoted in a news release as saying, “This is a thrilling partnership of theaters, who have come together to support one of America’s most exciting young artists as he takes on one of Shakespeare’s most powerful plays…. We are delighted to welcome GableStage and Miami into our artistic lives.  This is a partnership created for all the right reasons, and we expect wonderful results.”