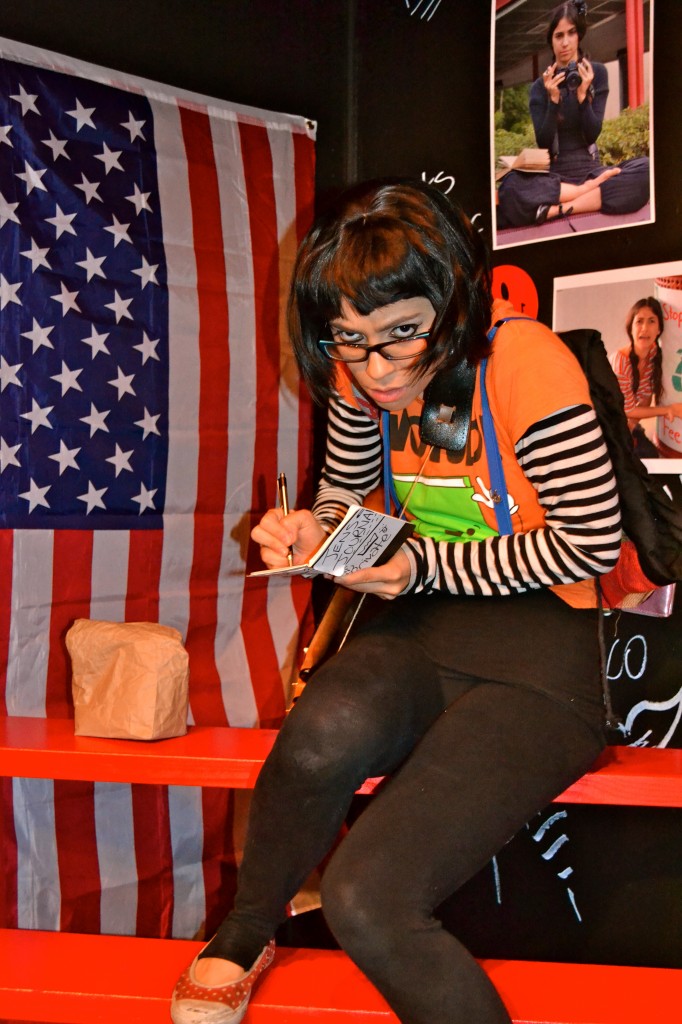 Shira Abergel as the uke-strumming narrator

Editor’s Note: The local season is ramping up so quickly, more than 40 shows this month, that we can’t keep reviews posted in the center spot more than a day. Please look for recent reviews in the upper left hand corner of the home page and find earlier ones by clicking on the teal-colored “Reviews” button on the upper left side and then the “Performances” tab that appears under that.

The playwright packs every teen girl trauma into her taut script ― body image, bullying, first love, same-sex attraction, sexual abuse, sexually transmitted diseases, disabilities, eating disorders and suicide. It’s all wrapped up, but never sugar-coated, in a dark comedy that delves into the lives of students at the fictional Northeast Valley High. “The only way to be secure at Northeast Valley High,” says the ukulele-playing narrator, Jen (the multi-talented Shira Abergel), “is to be popular.”

In the same vein as teen drama queen movies “Mean Girls” and “Heathers,” yet obviously influenced by absurdist playwrights such as David Mamet and Tom Stoppard, “Death For Sydney Black” tells the story through the eyes of Jen, the school’s self-imposed quirky outcast who “writes poetry in the graveyard” because she’s “sad.” When frumpy new girl Nancy (Axy Carrion-Bannon) arrives,  she becomes a catalyst for change, disrupting the status quo of Northeast Valley High. The play brings the audience into this changing world of growing pains and eye-opening realizations.

For as long as anyone can remember, cheerleader Sydney Black (Sarah Siegel) has ruled the pecking order. Three nameless cheerleaders follow her every command, gripped by fear that if they lose Sydney’s friendship, they’ll lose their popularity. Cheerleader 1 (Monica Quintero) has recently discovered, to her horror, that there are carbohydrates in lettuce. Cheerleader 2 (Desiree Mora) will do anything for esteem and harbors some of the darkest secrets in the play, and Cheerleader 3  (Erica Shiff) is the stereotypical dumb blonde, revealing in secret to the audience that it’s a ruse to get attention.

Like much experimental theater, the audience is given the task to accept unusual conventions: Brad, a Justin Bieber lookalike, is played by the same actress as Sydney Black (Siegel switches roles seamlessly), who happens to be his girlfriend. Nancy has transferred to Northeast Valley High after being homeschooled in a magical forest. And fairy dust is sprinkled on the actors by a mascot in a giant beaver suit (full disclosure: this was added to the play for Empire Stage by the director since there was no above space where props could be dropped down to the stage). There are many more examples where Winkler asks her audience to suspend their disbelief; it is what makes the play so insightful, and where it hits most of its comic high points.

Artistic Director Nicole Stodard chose the right play in Sydney Black to give her troupe the chance to stage a world premiere. With its socially conscious message (although the subject matter is well worn) and its unencumbered form and style, it fits her company’s mission. It is a challenge, for sure, to pull off a play like Death For Sydney Black, but Stodard as director has found a way to make it work in the small Empire Stage space. The pacing could be picked up just a bit, but given a few more performances, Sydney Black should find its groove.

While there’s no doubt, as Jen says, that high school sucks, Death For Sydney Black finds a way, ready or not, to remind you just how brutal Popularity 101 really is. 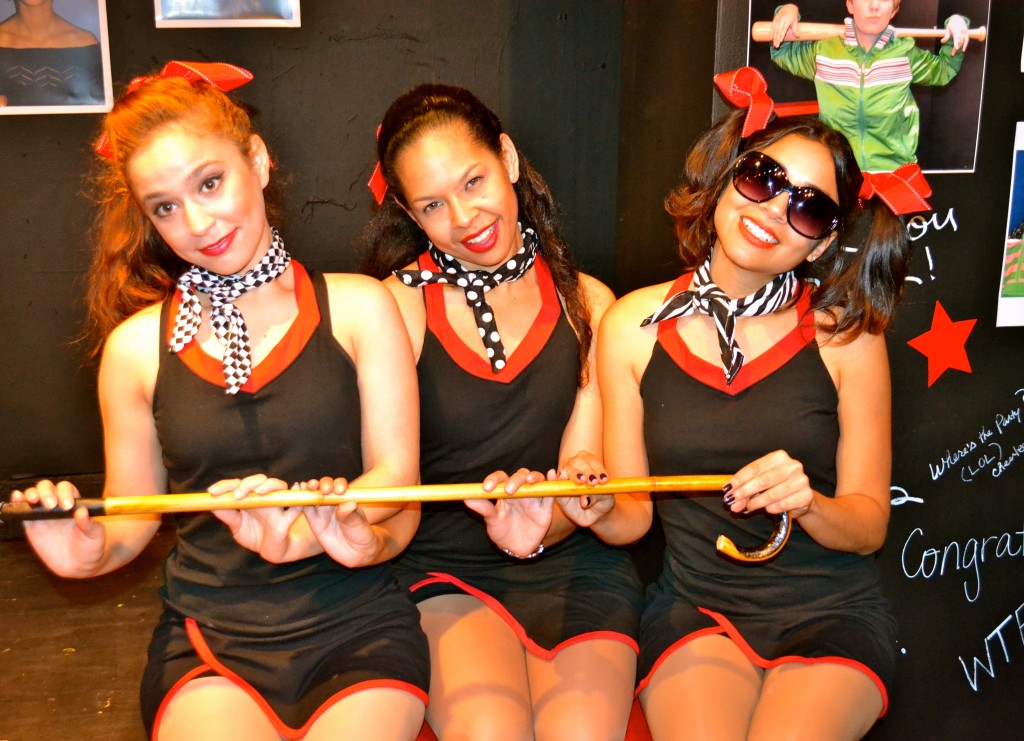