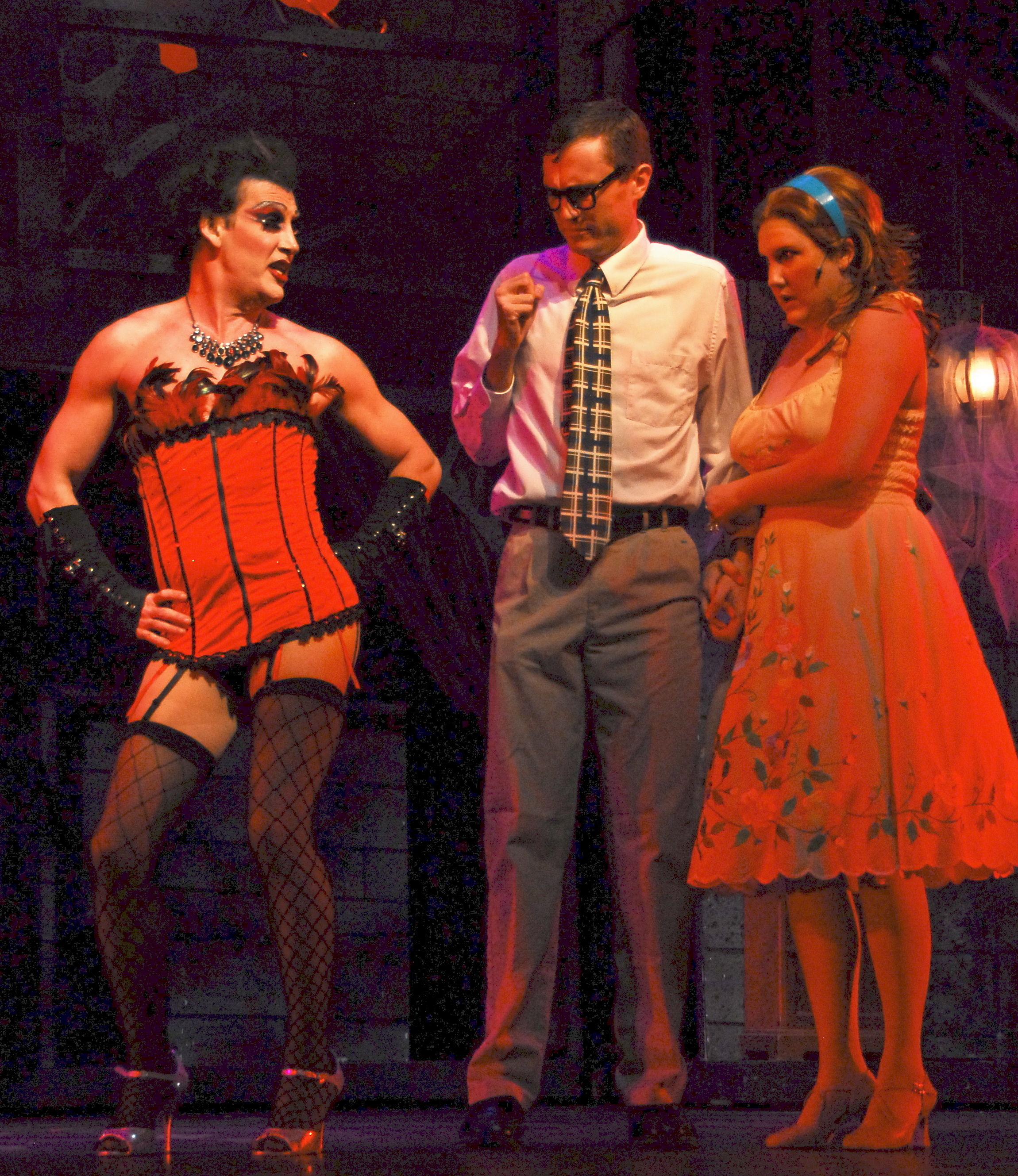 Never has theatrical criticism been so irrelevant as a review of The Rocky Horror Show.

This paean to hedonism doesn’t need a critic’s affirmation. It is exactly what it wants to be: big, silly, mindless, nose-thumbing, irreverent fun. Yes, it’s a bit sloppy, and yes, the actual script sort of meanders and peters out. But this spoof of horror and cheesy sci-fi flicks that is at least one generation older than many revelers in its midnight audience is the dictionary definition of a hoot.

All any production requires is total abandon by its audience and a willingness to chime in with punch lines and taunts. At the Saturday evening show (as opposed to the looser midnight edition), a large portion of the audience were first-time Rocky virgins just a shade too old to have flocked to the iconic movie. As a result, while they joined in at the handful of times they were prompted, the show lacked the joyful anarchy that comes from an audience that knows every beat and retort that has become part of the Rocky experience.

It certainly wasn’t the fault of the Slow Burn folks who threw themselves into the fray with something just this side of ecstasy.

Any Rocky rises and falls and rises again on the re-animation of the Dr. Frank N. Furter, the sweet transvestite from Transylvania (the planet not the country).  Slow Burn wisely rehired Larry Buzzeo (I’ll bet no one dared stand in his way for this role) who seems born to don the fishnet stockings, spiked heels and glitter red lipstick. His prancing and pouting and come hither glances gave the show its necessary center. He didn’t embrace the campiness; he wallowed in it. Best of all, he’s got the belter’s voice to bend and bounce the lyrics off the back wall.

Director Patrick Fitzwater kept the proceedings moving. But his real accomplishment was the daffy choreography that seemed stolen from a dozen MGM musicals.

Pena also scored with the color-drenched costumes, heavy on the boas and bustiers – and that was just for the men in the cast.

If the evening slowed a few times, there was never a let up from the propulsive band led by Phil Hinton.

For virgins, The Rocky Horror Show began life in 1973 as an aggressively irreverent and surprisingly successful British stage musical by actor/director/writer Richard O’Brien and Jim Sharman and starring a then barely-known actor Tim Curry.

Our advice is avoid the virgins and go next week at midnight. Sit down front. And bring your toast.