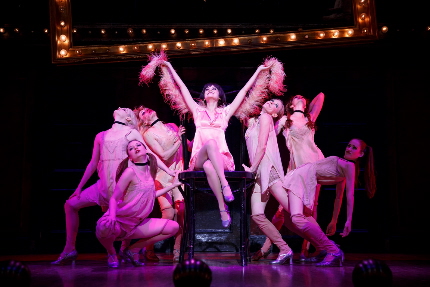 Cabaret runs through April 17 at the Broward Center for the Performing Arts as part of the Broadway Across America-Miami series at the Adrienne Arsht Center for the Performing Arts, 1300 Biscayne Blvd. Performances 8 p.m. Wednesday-Saturday, 2 p.m. Saturday, 1 p.m. and 7 p.m. Sunday,. Runs 2 ¾ hours including one intermission. Tickets $29-$125. Call (305) 949-6722 or visit http://www.arshtcenter.org/Tickets/Buy-Tickets-Now

This entry was posted in Performances, Reviews and tagged Broadway Across Miami, BT McNicholl, Cabaret, Randy Harrison. Bookmark the permalink.