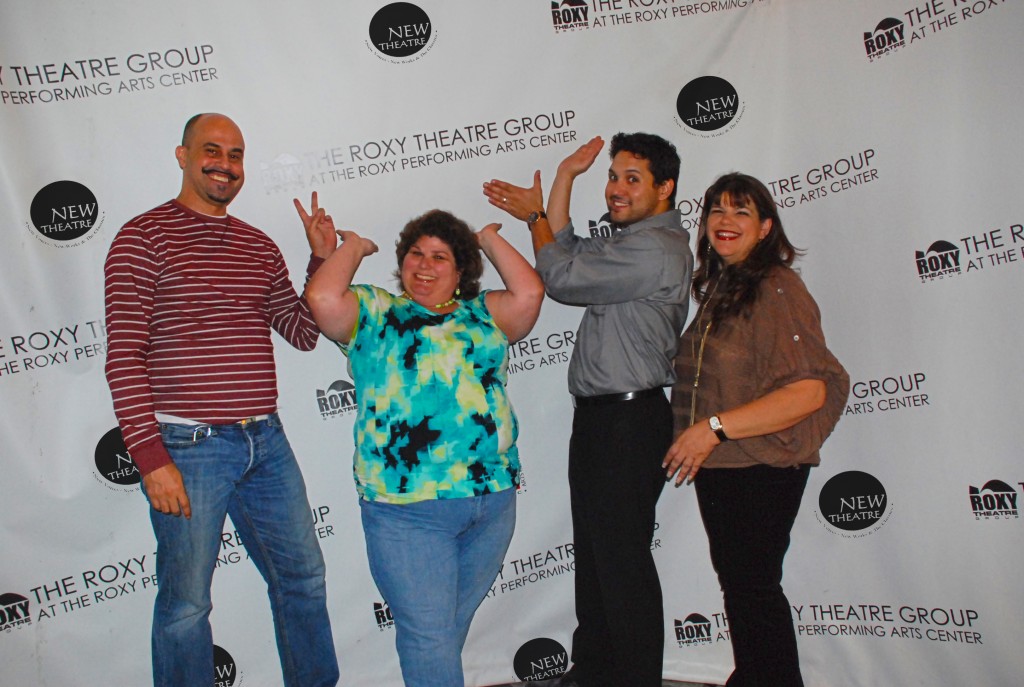 New Theater, the Coral Gables troupe losing its current home to a wrecking ball, has moved for the rest of the season to the Roxy Theatre Group near Florida International University’s south campus in Miami.

The second show of the 26th season, Twain and Shaw Do Lunch, will open as scheduled Dec. 2 in the 125-seat theater at 1645 SW 107th Ave. The rest of the season remains intact although exact dates could be changed by as much as a week and Juan C. Sanchez’s commissioned new play Property Line may be shuttled between the fifth or sixth slot of the season.

The Roxy Theatre Group’s website says the company is “geared toward children ages 3 to 17 years old, yet catering to all ages. Our programs focus on the performing arts, offering classes in dance, drama and voice. These are provided through an educational format of teacher/student classroom environments culminating in on-stage productions.”

It has five classrooms in a converted movie theater as well as the 125-seat space and 200-seat space rentable to clients.

“Vision-wise, we match them very, very well because we are a professional theater company compared to their educational (mission),” New Theatre Artistic Director Ricky J. Martinez said Monday. “They have been so gracious. They gave us a key and they welcomed us to the space.”

Roxy’s website announced, “This collaboration marks the first time in recent years, an educational performing arts program houses a resident theater ensemble in Miami-Dade County. As education and the creative spirit of the arts are instrumental principles for both organizations, this effort shall strengthen Miami’s arts network.”

Roxy Theatre Group Artistic Director Jorgina Fernandez released a statement: “We are all very excited to have such a top-quality theatre housed in our space.  We need more theatre in Miami, such as New York City and Chicago; when we heard about New Theatre’s situation, we knew we had to help in any way we can.”

New Theater has operated out of a heavily-renovated movie theater at 4120 Laguna Street for 10 years. But the company was told in late August that all but one building on the west side of the block has been sold to a developer who plans to raze the entire property in early January, said Managing Director Eileen Suarez.

While the eviction was unexpected, the theater has been on a month-to-month lease for several years and warned they might be forced out by a procession of landlords since 2006, said New Theatre Chairman of the Board Steven Eisenberg.

Eisenberg said Monday, “Change always brings good opportunities and we are looking at this opportunity to do even better things.

The new arrangement, which will cost far less than New Theatre’s current lease, lasts through the end of this season, although both parties are interested in exploring a long-term relationship, said Martinez.

New Theatre, which had 100 seats in its old space, will likely switch between the two auditoriums depending on the play. The new stage is 50 percent bigger than its current postage stamp platform.

“It keeps the intimacy, but now when we do Streetcar (Named Desire from last year) we actually could have a second floor instead of just a balcony,” Martinez said.

The Roxy has its own lights and sound equipment, so Martinez, Suarez and some volunteers have been putting its tech equipment in storage and moving its office to Roxy premises over the past two weeks.

One adjustment is that New Theatre has never had to share a space with anyone. “We’ve gotta learn the word compromise,” Martinez said. But he is optimistic: The schedule have meshed almost perfectly so far with very few conflicts

Other concerns include whether its audience will drive the nine miles from Coral Gables site to central Miami-Dade County. A similar move was among the reasons generally cited for the collapse of Florida Stage this year when it moved from Manalapan to West Palm Beach.

But New Theatre staffers asked long-time subscribers whether they would follow the company to a new site and all agreed. The company is betting on its Roxy’s easy-to-reach location between the Florida Turnpike and SR 826. “You can never be sure. We’re never going to know the truth until it happens. We hope and cross our fingers,” Martinez said.

Other pluses include free parking since the location is the corner of a mall as well as a safe environment, Martinez said.

The new location also gives the company the chance to attract new audiences, those connected to the Roxy and those at FIU.

Several groups expressed an interest in exploring a deal with New Theatre when it got its eviction notice, but Martinez was familiar with the Roxy space, having seen some productions and even trained some of his box office staff there.

The multi-ethnic troupe initially dedicated to classic theater was created in 1986 with a $12,000 budget by Rafael and Kimberly de Acha. It opened with George Buchner’s little seen Woyzeck mounted inside a dance studio.

The company operated about 15 years from a tiny storefront at 4275 Aurora Street just south of the Miracle Mile.

Rafael de Acha made the most of meager resources and widened his focus to contemporary works. He mounted both parts of the epic Angels in America in 1997, an acclaimed Hamlet in 2002 and a harrowing The Turn of the Screw in 1998 with only two actors and a few lights. The theater gained renown when de Acha underwrote the creation and staged the premiere of Nilo Cruz’s Anna in the Tropics, the first play by a Latino to win the Pulitzer Prize for Drama in 2003. The work was subsequently produced at several regional theaters and produced on Broadway.

The troupe moved to the Laguna address in 2001, a 100-seat space that is unusually narrow and compact. An office, costume storage and a meeting room were located in a second floor above the lobby. The dressing rooms were behind the stage. The sets were usually built on the high raised platform that serves as a stage and rehearsals are held on the same space.

In early 2006, de Acha was told that a new owner wanted the theater to vacate by the summer. A search for a new space proved fruitless, but the owner eventually shelved his plans and sold the property to yet another owner who planned to develop the land.  The collapse of the real estate market put those plans on hold.

In April 2006, de Acha handed over the reins to Suarez and. Martinez.

In fact, Suarez and Martinez just returned from the Network’s national conference during which one of the plays it is developing, Happy by Robert Caisley, was presented in a workshop for possible selection in the Network’s rolling world premiere program.

New Theatre’s current operating budget is between $350,000 and just under $400,000 with nearly another $100,000 of in-kind contributions. Martinez said the savings on rent could be poured back into the productions.