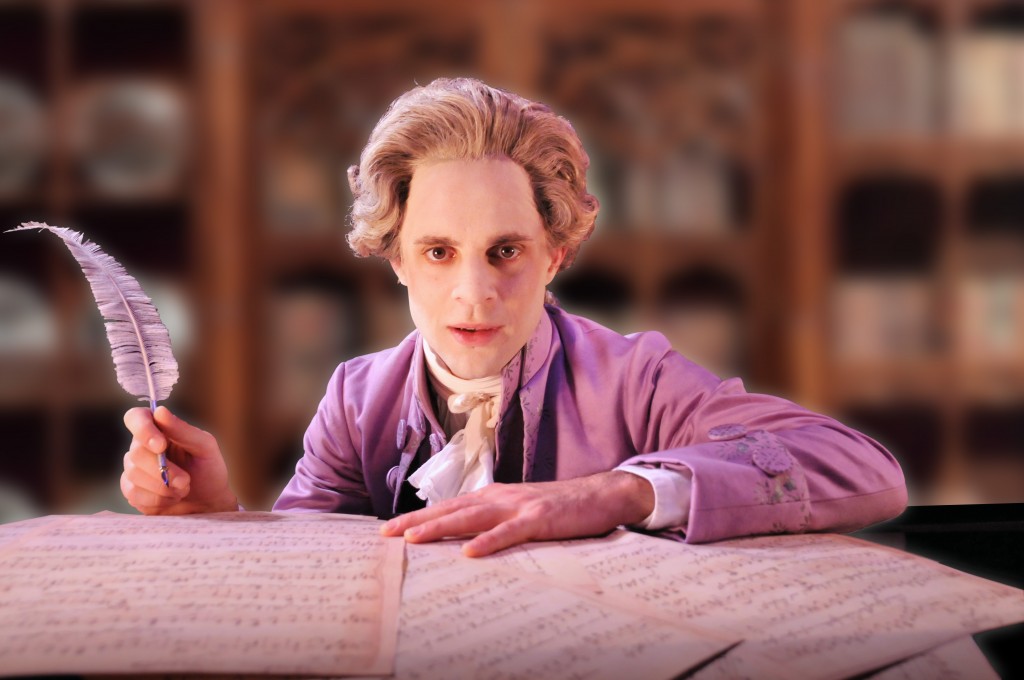 Maltz Jupiter theatergoers need to manage their expectations of next week’s run of the play Amadeus, better known for Oscar-winning version about the mediocre court composer Salieri’s possibly murderous rivalry with the young genius Mozart.

Peter Shaffer’s 1979 masterpiece is not just different, it’s better. Much better, many critics would say. Regardless of the quality of the production, it is a different work of art, said director Michael Gieleta and star Tom Bloom who plays the narrator and audience surrogate Salieri.

Gieleta, a director of theater and opera, said the play is subjective and open-ended rather than literal and concrete like film. The play asks questions for the audience to answer later about the nature of talent and whether Salieri’s ravings as an old man are reality or madness.

“It’s the questions that the play inspires in all of us, rather than give us flat answers that film as a medium… tends to give us,” Gieleta said in his soft British accent.

Although Shaffer wrote the Oscar-winning screenplay, the stage original capitalizes on Shaffer’s bent for theatricality that tells a story and sets a scene by embracing artifice, stagecraft and indirection. In his play Equus, tall imposing actors impersonated frightening horses by standing on skeletal silver skeleton hoofs and wearing similarly surrealistic masks.

Where the film’s multi-million-dollar budget was able to duplicate the 1800s ambience, the Maltz’s version uses theatrical ingenuity conventions including a generous use of projections. 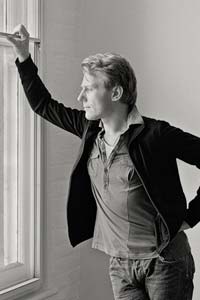 Instead of the film’s stripped down dialogue, the script is notable for Salieri’s luxuriant monologues.  “Film by its very nature … has to operate through brief images that the audience is confronted with, where here a play is language-based… quoting the past with very carefully phrased thoughts and observations,” Gieleta said.

In both versions, the sardonic Salieri is a devoted and disciplined composer who is popular with the masses, but he knows his limitations as a mediocre talent. His shortfall is underscored by the effortlessly produced but unrecognized works of genius spewing forth from the profligate and prodigal Mozart whose middle name Amadeus is Latin for “beloved of God.” Salieri cannot understand why God has blessed this childish boor with such a gift while denying him a smidgen of divine inspiration. His answer is to revenge himself on God by ruining – perhaps even murdering Mozart.

Although the characters and the outline of events are real, Shaffer took considerable artistic license and invention. Reportedly, Salieri was not such a mediocrity, their rivalry was not quite as pronounced and the whole idea that Salieri murdered Mozart is debatable, to be generous.

Freed by the fiction, Shaffer “allows us to spend time with these remarkable men, hearing them discuss how they see their work, what culture is, what art is, something that the cinema would find tedious,” Gieleta said. “Actors on stage can spend an evening discussing what is genius, what is music, is there any Godly contribution in talent or is talent something you can achieve through hard work? Do you need that divine intervention to be able to write something that is beyond mediocre?”

Another difference is that film depicts the decrepit Salieri in “the present” in a madhouse — clearly discernible from flashbacks to his past with Mozart. While Shaffer blurred that line in the play, Gieleta blurs it even further, Bloom said.

“The past and the present are blended inseparably. You cannot tell where it changes from the man’s memory. And he’s fighting with his own memory…. That’s very telling because we all go through terrifying reminiscences of regrets and struggles,” Bloom said. 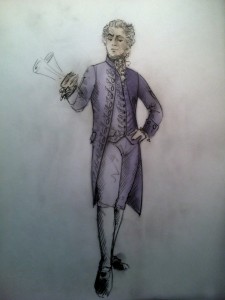 That blended duality is reflected in the physical production to recreate the lush period with Philip Witcomb’s sets, Fabio Toblini’s costumes and Andrzej Goulding’s projections that aim to capture the savor of the period. But it also relies on the imagination of the audience as they peer inside Salieri’s hazy recollection.

“The set is so atmospheric and magnificent in (its depiction of) a dilapidated theater that is part of Salieri’s memory and is part of the mental institution where he spent the last years of his life,” Gieleta said. But the Maltz’s six-figure budget is not unlimited.  “Using minimal resources and a minimalist approach, I hope we should have quite an extraordinary visual texture, or, at least, that’s what our ambitious plan is.”

Scope, including a large cast, is second nature to Gieleta who comes to the production from a background of opera; he’s staged Mozart’s entire The Magic Flute twice.

That’s a plus in Bloom’s opinion because the actors know that he has experience creating on a larger canvas. “You can do things in a larger way that we (actors) tend to forget when we get do kitchen sink drama.” 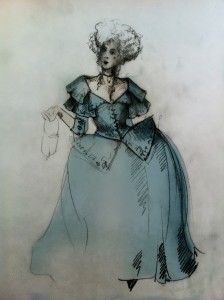 Amadeus is not done terribly often in regional theaters because of that scope, although Mosaic Theatre did it in 2004. Gieleta knows why: Cost. “I think doing period (theater) anywhere outside of highly subsidized or wealthy artistic institutions is tough because … if you cannot afford to put that focus on the details it never really quite works, particularly if it’s a play set amidst the upper or the ruling classes where the degree of that detail was very high.”

Gieleta thinks he has a fighting chance because his creative crew is made up of people he’s worked with before or people whose reputations he is familiar with.

An intriguing aspect is the use of projections melded organically into the set design to create mood and change the sense of place. “What you can achieve by projections these days rather than clunky sets that you have to roll on and off stage, that is where the industry is heading,” Gieleta said.

Bloom said not to expect a literalness in the projections but an indication of scenery. “One of the things that most excited me is the idea of the sketchiness of it, the suggestion of it as opposed to a full out representation… The (sets) seem to be more subtext than representational place….I’m reminded of what I particularly love about Japanese art, which to me is elimination. It requires the audience to finish the job… and it gives a wash of an idea that you then you connect the dots.” 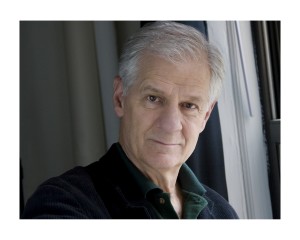 Bloom is blessed with one of the most luscious roles in modern British theater; he follows Paul Scofield, Ian McKellan and David Suchet – not to mention F. Murray Abraham who won the Best Actor Oscar. It’s a plum for a journeyman actor who has worked regularly across New York and in a dozen regional theaters.

Asked if there is a problem making a mediocrity interesting enough to hold the audience for two acts, Bloom quipped that since “I’m dealing with my own mediocrity, it’s very easy to apply to Salieri.”

As he prepared to return to rehearsal, wrestling with how old and decrepit to make Salieri in the opening scene, Bloom is comfortable with the challenge.

“Actually, this is a classical play and any actor who had done classical work knows that if you get on the ride of the words and the images that are presented to you, and get out of its way, it is automatically entertaining,” Bloom said. “What is enchanting as an actor is to play it in a way as a musician. Salieri is carried away with his images of past life, his present life and this flashback, and these words allow you to sing them.”