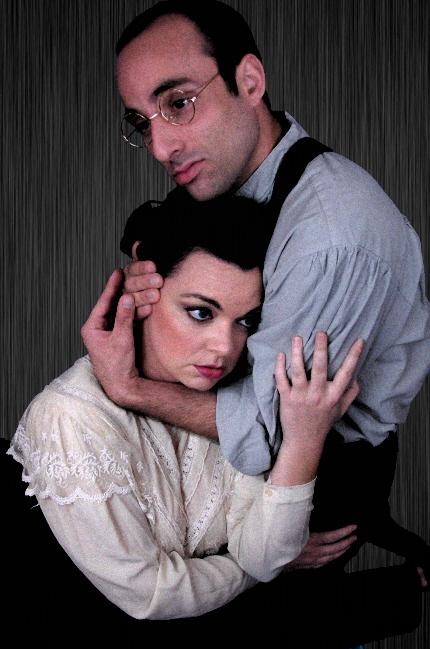 It was a trial that could easily become one of today’s made-for-cable-television courtroom dramas: A Jewish-American factory superintendent accused of murdering a 13-year-old female employee at the National Pencil Factory in Atlanta.

The suspect is convicted and sentenced to death by hanging. He spends two years appealing his conviction all the way to the U.S. Supreme Court, which rejects his appeal. He dies several months later after he is abducted from jail and lynched by a mob from the victim’s hometown.

It’s been 100 years since Leo Frank’s trial in 1913 for the death of Mary Phagan. And on Thursday, the Boca Raton-based Slow Burn Theatre Company – which prides itself on presenting challenging works of musical theater to its audiences – will take on the musical Parade, which was inspired by the Frank case a century ago.

Frank’s case turned attention to anti-Semitism in the United States, and in 1986 he was posthumously pardoned for the crime. Two years later, the miniseries The Murder of Mary Phagan was broadcast on NBC, and in 1998, the Frank trial came to Broadway in Parade.

A pet project of producer/director Hal Prince, the libretto was written by Alfred Uhry (Driving Miss Daisy) and the music by Jason Robert Brown (Songs For A New World and The Last Five Years). It bowed on Broadway in 1998 to critical acclaim but lackluster box office. Its epic scope was scaled back years later and has been produced many times around the country including Broward Stage Door.

Parade will certainly resonate with audiences here, Fitzwater said. Some of those same prejudices highlighted in Parade still exist today, and the national sensation created by the Frank trial is akin to the media’s treatment of the George Zimmerman and Jodi Arias trials.

“I think it’s all going to ring very true,” Fitzwater said. “Yes, it’s a heavy piece, but it’s no heavier than what we’d watch on Nancy Grace.”

Bringing these unconventional works to South Florida audiences has helped Slow Burn gain an appreciative fan base since their first show, Bat Boy: The Musical, took the stage in 2010. “We’ve gotten that kind of following, where they’re so thankful for the stuff that we do,” Korinko said. “They’ve been incredibly receptive.”

“We’re now kind of putting ourselves in the bigger sandbox, so to speak,” Korinko said.

They expect that to continue their streak with Parade. “It’s amazing – every show that we take on, the response gets bigger and bigger and bigger,” Fitzwater said. “We kind of grew our roots in Boca, then we took next to normal down to Aventura to see audiences really embrace us down there. … It’s really quite something.”