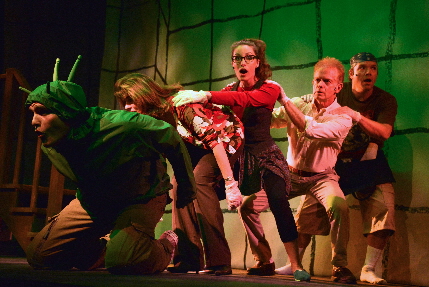 Louis Tyrrell, founder of The Theater at Arts Garage in Delray Beach, will resign as its artistic director at the end of the run of its current show this month, which closes the company’s fourth season and its current incarnation.

The parent organization Arts Garage, which hosts others music and cultural events, plans to continue producing theater, although the specific plans are fluid, said Ayona Aleksandra Ushe, president and CEO.

Arts Garage is open to talking with groups wanting to become the primary theater partner, hosting one-time productions, partnering with existing companies wanting to move current shows into Arts Garage for a second run, or some other paradigm, she said. 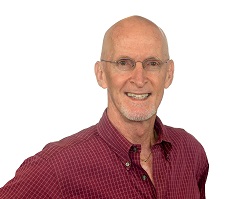 Tyrrell, who co-founded the acclaimed Florida Stage in Manalapan and West Palm Beach, said Tuesday, “It’s just personal (reasons). I’m at a point in my life where every year counts. I have to determine the best use of my time. Getting the theater program started there was such a joy and now they are going to continue on. I’m going to look for ways that I can contribute to expand theater opportunities for artists and audiences.”

He repeatedly referenced “potential opportunities” that he is exploring. He said, “I’m actually now just positioning myself for the launch of a new adventure that can take advantage of everything we have learned from Arts Garage (while leaving) Arts Garage in good shape.” He will continue working with his longtime Youth Engaged in Storytelling program in which students develop creative and thinking skills through theater

The Theater at Arts Garage, operating literally in a renovated space inside a parking garage, favored thought-provoking, adventurous and chancy work that earned it at least 18 Carbonell nominations, including five in contention for Carbonells to be awarded later this month.

Its mission focus on challenging new works, often world premieres, made it seem like a scaled-back version of Florida Stage. The new company won staunch supporters among a cadre of theatergoers, but number-wise, it struggled to find a steady audience, especially a subscription audience. Some people said they balked at buying subscriptions because Florida Stage declared bankruptcy in 2011 leaving subscribers with nothing to show for their advance purchases.

But artistically, The Theatre at Arts Garage was well-respected among theater professionals and critics for the high quality of much of its work. Tyrrell continued his association with famed playwright Israel Horovitz, hosting the world premiere of Gloucester Blue. He favored works with only one or two other outings such as Duncan Macmillan’s acclaimed two-hander Lungs. That play starred Betsy Graver and Cliff Burgess as a couple trying to decide whether to have a baby, but the play examined the fragility and tensile strength of marriages.

He also developed chamber musicals such as Daniel Mate’s heartfelt song cycle about a wide variety of relationships The Longing and the Short of It and the The Trouble with Doug by Mate and Will Aronson about a young man turning into a slug.

Tyrrell is proudest that the Arts Garage experience helped him discover and refine “a new model for producing new work…in both the artistic and financial sense.” Among the key lessons that he feels can be replicated is focusing on modestly-budgeted productions that emphasize a solid script and skilled performances — rather than scenery and other production values that often drive undertakings into the red.

Arts Garage productions often had minimal sets and lights, and a tiny band when it wasn’t just a piano. Lungs, considered one of its strongest successes, had no sets at all and relied on Tyrrell’s staging and the actors’ inventiveness. It was emblematic of Arts Garage focus on small casts, often hiring Equity Actors and paying performers competitively, he said. But the theater, which had a $400,000 annual budget this season, stayed solvent, Tyrrell said.

In an email to supporters Monday, Tyrrell wrote, “The range and the quality of work that we’ve been able to create together, with limited resources and unlimited spirit and commitment, is a testament to the definition of collaboration and artistic adventure. Without your trust, support, and passion for all that theater brings to our lives, none of it would have been possible. ”

Ushe had nothing but praise for Tyrrell’s tenure, describing his work as “phenomenal” and “wishing him the best in his future.

The theater’s current show, a world premiere of Uncertain Terms by Allison Gregory, plays through March 29. A review of the show will be posted tomorrow.

This entry was posted in News and tagged Alyona Ushe, Louis Tyrrell, The Theatre At Arts Garage. Bookmark the permalink.