Updated Story: New Theatre Announces It is Closing, In Part To Eroding Audience 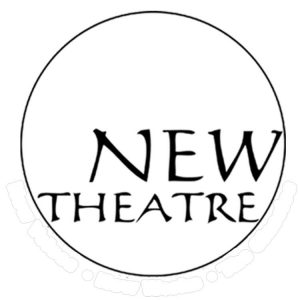 New Theatre, one of the most high-profile Florida theaters for 30 years and developer of the Pulitzer-winning Anna in the Tropics, is closing, its board of directors announced Thursday.

The board voted “several weeks ago” to close the company effective immediately, Steve Eisenberg, chairman of the board said Friday

The cause was sheer economics, notably that the venerable theater’s audience surrounding Coral Gables did not follow when it moved to the Miami-Dade Cultural Arts Center in Cutler Bay, he said.

“There came a point where became obvious that it was going to be difficult to continue the operation of the theater for a variety of reasons, Eisenberg said. “It certainly was not our first choice.

It came to a head several weeks ago when the board asked Artistic Director Ricky J. Martinez to work this summer without pay.  Martinez resigned May 23, a disclosure delayed until Thursday because Martinez wanted to give the board time to get “the financials in order,” he said in an interview.

Managing Director Eileen Suarez resigned April 25, effective May 15, a development only made public June 3. She said in an interview that she wanted more time to invest in a personal life after 20 years overseeing a theater coping with the fiscal uncertainty facing many area arts groups.

Eisenberg said, “The board did everything we knew how to do to try to increase the audience, especially a young audience, to put on productions that people would like. We lowered ticket prices.   The board worked tirelessly with great diligence and with Ricky and Eileen. We were able to keep this theater open much longer than others – others would have stopped this long ago.”

A company news release praised the work of Martinez and Suarez, and added, “New Theatre extends its sincere gratitude and appreciation to its loyal audience for their participation and enthusiasm over the course of the last three decades.”

The inciting incident occurred when the board asked Martinez to work over the summer “on furlough” while preparing the next season, canceled his health insurance, asked him to absorb some of Suarez’s administrative work and wanted him to help raise funds for a capital campaign, Martinez said.

Martinez balked and said he felt he “was forced to resign,” although he said he maintains respect for the board.

But Martinez said he did not want the board to close the theater. “I thought I was going to carry on a tradition for 20 or 30 years until I could hand it off.”

Although it has won Carbonell Awards, New Theatre has always been a tiny company, often struggling with finances and changing venues five times, including twice against its will.

But through more than 200 productions, it had a huge impact as a pioneering developer of new plays as well as classic theater in a region once fixated on warhorses and boulevard comedies.

Michael Spring, director of the Miami-Dade County Department of Cultural Affairs and a longtime supporter, mourned the loss. ”It’s regrettable. They made a very important contribution to the theater here… (They were part of) a cadre of theaters that were really committed to doing theater of the highest quality, to be edgy, willing to take risks on new work” that echoed the voice of the current generation.

It was a core member of the National New Play Network and hosted its most recent national meeting. In April, Martinez also received the Margo Jones Award honoring those who have “demonstrated a significant impact, understanding and affirmation of the craft of playwriting, and who have encouraged the living theatre everywhere,” a news release stated.

The company doggedly reflected the diversity of the Miami-Dade community. Its leaders frequently chose works with a Cuban-American flavor or theme, and they aggressively cast roles with no nod to the original ethnicity of a character or intentionally cast against that vision. For instance, the company cast African-American actress Sipiwe Moyo as Shakespeare’s Henry V.

It embraced Shakespeare’s canon including an acclaimed Hamlet starring David Mann and a Merchant of Venice starring the visually-impaired Steve Gladstone. But under founders Rafael and Kimberley de Acha it also focused on works by Shaw, Strindberg, O’Neill, Sartre, Pinter, Gurney, Mamet and Williams.

The troupe was created in 1986 with a $12,000 budget and opened with George Buchner’s little seen Woyzeck mounted inside a dance studio.

Rafael de Acha was embraced as a visionary director who gave many theater professionals their earliest opportunities during the 15 years it operated from a tiny storefront at 4275 Aurora Street just south of the Miracle Mile.

Nicholas Richberg, an acclaimed local actor and now managing director Zoetic Stage, recalled on Facebook working backstage as a dresser: “It’s the theatre (where) I learned to love Tennessee Williams, watching Carlos Orizondo in The Glass Menagerie every night from the wings. Later under the inspired and inspiring guidance of Rafael de Acha I had the privilege of performing many great roles, including one of my all-time favorites, Mercutio in Romeo and Juliet, which I stepped into last minute, replacing and actor who had to withdraw… Life and the theater have a way of being full circle. Sad today to see this circle close, and feeling especially close to all the talented artists who were a part of it over the past 30 years.”

De Acha made the most of meager resources and widened his focus to contemporary works. He mounted both parts of the epic Angels in America in 1997 and a harrowing The Turn of the Screw in 1998 with only two actors and a few lights.

The theater gained national renown when de Acha underwrote the creation and staged the premiere of Nilo Cruz’s Anna in the Tropics, the first play by a Latino to win the Pulitzer Prize for Drama in 2003. The work was subsequently produced at several regional theaters and on Broadway.

The troupe moved to 4120 Laguna in 2001, a 100-seat space that was unusually narrow and compact.
In April 2006, de Acha handed over the reins to Suarez and Martinez, who had been associate artistic director and a long-time performer. He and his wife now live and work in Cincinnati.

They wrote in an email: “We mourn the loss of every theatre that has closed since we left South Florida, leaving the area’s gifted pool of playwrights, actors, designers, and directors with fewer opportunities to have their talents shared and celebrated. Regarding today’s announcement, we thank everyone who has reached out to us with kind words of love, support, appreciation, and beautiful memories of the 20 years we shared.”

In 2011, the Laguna landlord said he would raze the block for new development. That forced the board to move the company to the Roxy Theatre Group children’s theater near Florida International University’s south campus, eight miles from its last home. But it lost that home in 2014 when county officials cited water and sewer problems in shutting down the Roxy.

New Theatre then landed at Artistic Vibes, a small warehouse space near The Falls shopping center, to mount one full production, My First, My Fist, My Bleeding Seeded Spirit, as well as a short play festival, but it was never meant as a permanent solution.

Finally, in 2014, the company moved to a black box space in the newly-opened South Miami-Dade Cultural Arts Center in Cutler Bay 13 miles further south of the Roxy location and 20 miles from where its original core of subscribers lived.

The county reduced the rent but problems persisted, Spring said. “There are a series of things that happen to theater companies that they have a difficult time surviving. They spent a long time establishing their identity and audience base in what you could call the central part of the community… and their audience base never fully embraced the location change.”

Signs of trouble have been quietly commented upon by the theater community for some time. In recent years, attendance has been noticeably down on opening weekends. The company had planned to close this season with Death of a Salesman. But Martinez said in April that it was postponed because of the expense of such a large cast.

In its 2015 IRS report, New Theatre reported revenue of $234,934 with expenses of $251,225 and a loss of $16,291, added to the previous year’s loss of $10,828. The report showed that contributions from grants and patrons had fluctuated over seven years but stayed reasonably stable. But revenue from tickets sales from 2008 to 2015 dropped by two-thirds, something theater experts say is a near fatal problem.

Sometime after the company moved to South Miami-Dade Cultural Arts Center, New Theatre no longer had a business office and was operating out of Suarez’s home, she has said.

Eisenberg added that the contributions were not as strong or steady as they has in de Acha’s days. “It ebbed and flowed. It’s hard to sustain when you don’t have a person” with the sole job of fund-raising.

Asked if the theater has an outstanding debts when it closed, Eisenberg said, “The house is in order. The board worked very hard and fought long and hard to things were in order upon closure.”

Thursday’s news hit the theater community hard because so many people had worked at the company.  While numerous companies have opened and even thrived in recent years, the closing is the latest in a series of crippling hits: Florida Stage in Manalapan/West Palm Beach closed in 2011, Promethean Theatre in Davie in 2012, Mosaic Theatre in Plantation 2012 and Women’s Theatre Project in Fort Lauderdale/Boca Raton in 2015.

Martinez sounded shaken but optimistic Thursday. He has several projects pending based on contacts he has made over his career directing at other theaters and festivals.

The board’s requests convinced him “the universe is saying this is the end of” his involvement. But personally, “this is not the end. It’s a very positive thing.”

On Facebook, he wrote, “As for the future… theatre and I are not dead. I’ve so much more to learn and put this dynamite passion towards and that is already coming up! I continue to grow and give and give and give still… because that is who I am. Theatre is very, very much alive in me and whatever I commit to next on a long term goal… not only will receive all that delicious experience I have been cultivating, but will get the honor of knowing that I will complete it. Like every goal I’ve accomplished, there is an end where the new one begins.”

Martinez said in the interview that he prized the fact that he “knew the gift we were to the community” and treasured the company’s “passion, integrity, the love for the community.”

The theater, its board, its supporters, staff and artists can be proud, Eisenberg said, that “New Theatre always contributed to this community by supporting and fostering and encouraging local talent whether it be actors, directors, designers, but especially writers who were writing about us – we celebrated the people here.”

He said the company’s closure does not end theater in the region.  “Just because New Theatre has ended doesn’t mean that theater has died and I don’t want theater audience to pull their dollars from theaters. That’s the opposite. We need the support, we depend on people more and more.”

2 Responses to Updated Story: New Theatre Announces It is Closing, In Part To Eroding Audience