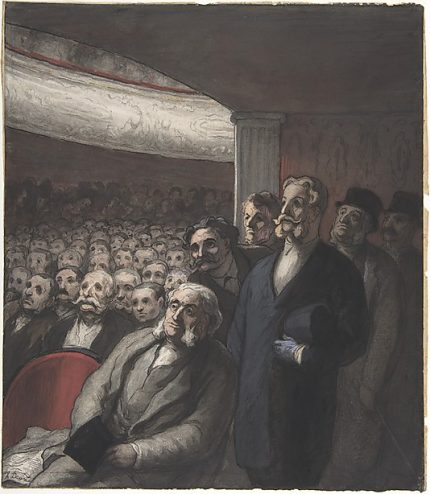 Witness a cut-down online livestreamed reading of Hamlet by the Shakespeare Troupe this coming Friday morning, a filmed full production of the musical Closer Than Ever by MNM Theatre Company in late November, and diva Patti LuPone in a livestreamed concert to benefit to Broward Center among other theaters on Saturday.

For four years, the Shakespeare Troupe based in Boca Raton has offered a wide variety of programs from training workshops for adults to performances aimed at bringing the Bard to high school classes.

Despite the pandemic, founder-director Peter Wayne Galman has put together a live virtual reading of Shakespeare’s masterpiece Hamlet, albeit reduced to 60 minutes from what can run four hours, plus a half-hour study session.

The live event will be held at 10 a.m. Oct. 21 so that it can be shared with high school classes.

Tickets are available, beginning at $10 for a single person, up to $75 for an entire class.  If you can’t make the date, you can schedule the recorded reading and live study session with Shakespeare Troupe teaching artists at a time that’s convenient for the buyer. For more information, go to https://shakespeare-troupe-incorporated.networkforgood.com/events/24278-hamlet-a-virtual-reading-and-study-guide-in-90-minutes

MNM Theatre Company, which has produced musicals in the Rinker Playhouse at the Kravis Center such as its strong Man of La Mancha, plan to open its season with an online Closer Than Ever, the songbook of veteran Broadway writers Richard Maltby Jr. and David Shire (Baby, Big).

The production will debut Nov. 27 and be available for on demand streaming through Dec. 31.

The company under director Jonathan Van Dyke will video separate segments at MNM’s Boca Raton warehouse/studio, which will be cleaned and sanitized regularly.

A harbinger of safety precautions that may be needed for other productions, actors and tech crew have been asked to observe COVID protocols and remain as isolated as possible unless rehearsing or performing. They will be COVID tested frequently; their temperatures will be taken each time they enter the building, and they will be required to hand sanitize multiple times every day.  They will maintain at minimum a 6-foot social distance whether on stage or off, and masks will be worn at all times unless the actor is on stage or being filmed.  A very small invited audience will be present at one taping – but everyone will have his or her temperature taken. That invited audience will also be properly socially distanced, and each audience member must be part of the show’s participants’ ‘bubble’.

Closer Than Ever will star Aaron Bower, Johnbarry Green, and Carbonell Award-winners Shelley Keelor, and Elijah Word, all of whom have worked with MNM Theatre Company in the past.   he technical crew, also all MNM alumni, includes Eric Alsford as the production’s musical director, and Emily Tarallo as choreographer, as well as lighting designer Clifford Michael Spulock, sound designer by Mike Kelly, scenic designer Cindy Taylor, and set designer Jordan Armstrong.  Johnbarry Green will serve as technical director, Cliff Burgess as videographer, Michael Joseph as assistant videographer, and Amber Mandic and Andrea Guardo will be the production’s co-stage managers and co-props mistresses.

Closer Than Ever is described in a news release as “an exploration of everyday struggles in the modern world. Topics ranging from unrequited adoration… to aging… to Muzak are tackled with resounding sincerity and precisely placed hilarity. Each song is a unique story told by a new character, taking audiences into the minds of the individuals facing these completely relatable challenges. (The team) based many of the songs on real-life experiences of their friends or stories told to them. “

Van Dyke wrote that he chose the piece “knowing what we are facing in live performance logistically and what would resonate artistically…. The title alone says so much of where we are. While unable to be close physically, in our hearts and minds we are Closer Than Ever.”

Closer Than Ever will begin streaming on Nov. 27 and will be available on demand through Dec. 31 on Music Theatre International’s (MTI) streaming platform www.ShowTix4U.com via MNM Theatre Company’s website www.mnmtheatre.org or on the company’s Facebook page www.facebook.com/mnmtheatrecompany. Once tickets are purchased, patrons will receive a link to view the production.  The link will be active for 48 hours from the first click.  Tickets are $20.

And if you’re going through the withdrawal pain of so little Broadway-related shows to feed your theater addiction, the Broward Center is coming to the rescue with an online benefit starring Patti Lupone on Oct. 24.

The concert will be livestreamed to 20 venues across the country like the Broward Center that will get a share of the receipts for the cabaret-style program from New York’s Shubert Virtual Studios, showcasing a mix of Broadway show tunes, pop songs, and personal stories from the life of a Broadway star.

At-home audience members will be invited to email in questions to be answered during the livestream.