Earthquake: One Night Only, Benefit For Mad Cat Theatre 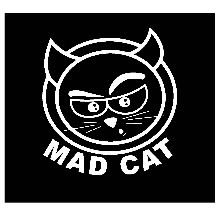 “With his eyes set on a successful Broadway opening that doesn’t completely overlook his original intentions, Trevor finds himself compromising his work for all the wrong reasons. What happens in the eleventh hour when all of his choices hang in the balance and fate grasps him in its hands? Earthquake may just shake up Broadway after all.”

Mad Cat first took part in the South Beach Comedy Festival in 2010. Some of Mad Cat’s regular season productions have originated in early developmental performances at the festival.

Tickets may be purchased online at www.madcattheatre.org, at The Fillmore box office or by calling (305) 673-7300. For all festival information and tickets visit www.southbeachcomedyfestival.com. The festival runs from April 8-11.