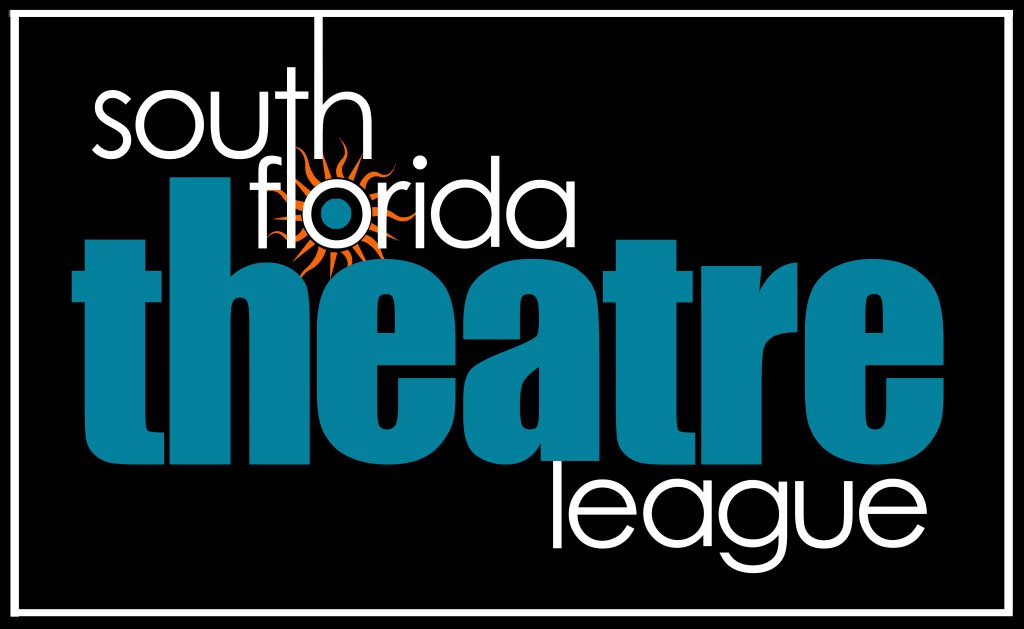 On Monday evenings from June 11 until August 20, a South Florida Theatre League member theatre will host a reading of a new play by a local playwright.  Playwrights range from established local favorites, including Carbonell Award-winners and nominees to emerging talents, with plays vastly ranging in subject matter and style.

“Our audiences have grown over the past five years,” says Board Member and Marketing Chair Carol Kassie.  “We’ve seen full theaters – which is always exciting – and a good number of patrons who attend multiple readings.  We’ve also found that patrons who attend a reading at a particular theatre often return to that theatre to attend a paid performance. So, we consider the program a great success on both sides of the footlights!”

The Stages of the Sun initiative, a collection of short plays by individual member playwrights, is expanding to include an evening of student plays which will take place at Fantasy Theatre Factory’s Sandrell Rivers Theatre on July 2; the traditional event is moving to MicroTheater where the readings will be presented in MicroTheater’s unique format of simultaneous performances in adjacent shipping containers.

In addition to the reading series, Summer Theatre Fest will launch with the South Florida Theatre League’s Annual Member Meeting, which gives the members of the League a chance to meet, network, and talk about pressing issues in the arts community.

Summer Theatre Fest will close with the Remy Awards – given by the League to honor the unsung heroes within the theatre community.

For more information on upcoming readings, please visit http://southfloridatheatre.org. Additional information will be added for readings as it is received.

June 4: Annual South Florida Theatre League Meeting and Networking Event at Miami New Drama at 7:30 P.M.
June 11: Pale Blue Dot by Luis Roberto Herrera at Main Street Players in Miami Lakes at 7:30 P.M.
June 18: Cassie by Jessica Farr at City Theatre at the Adrienne Arsht Center in Miami, 7 P.M.
June 25: Stages of the Sun: Readings of New Plays by South Florida Theatre League Playwrights at MicroTheater Miami, various times. This reading will be done in the traditional MicroTheater set up, so multiple readings of short plays will be running concurrently within storage containers. Audience members can see as many or as few plays as they would like.
July 2: Student Stages of the Sun: Plays by student playwrights at the Sandrell Rivers Theatre in Miami
July 9: When a Baby Cries by Bonita Alane Cornick at TheatreSouth at the Aventura Cultural Arts Center
July 9: Sideways by Rex Pickett, TheatreXP at Red Barn Theatre in Key West, 7:30 P.M.
July 16: Titled Glass by Michael Aman, Zoetic Stage at the Adrienne Arsht Center, 7 P.M.
July 23: TBA, the Cutler Bay Community Theatre at Ludovici Park at 7:00 P.M.
July 23: The Unfinished Mystery by various playwrights, Mystery on the Menu at Empire Stage in Fort Lauderdale at 8 P.M.
July 30: TBA by Andie Arthur, Primal Forces at Sol Theatre in Boca Raton, 7:00 P.M.
August 6: TBA at Miami New Drama in Miami Beach
August 13: Massive by Maura Campbell, Fugitive Sister Productions at the Pompano Beach Cultural Center at 7 P.M.
August 20: WITH L by James Grippando, GableStage in Coral Gables at 7:30 P.M.
August 27: The Remy Awards at the Sandrell Rivers Theatre

The Jewish Museum of Florida-FIU  is opening an exhibition next month honoring the life and career of a South Florida arts champion entitled Charlie Cinnamon: Legendary Press Agent. The exhibit will be open June 19-Sept. 9 at the museum at 301 Washington Avenue in Miami Beach. With the help of Broadway producer/director Richard Jay-Alexander, Miami photographer Manny Hernandez and members of the Cinnamon family, this exhibition showcases never-before-seen treasures from Charlie’s early years growing up in New York, his military service during World War II, and his illustrious career as “The Preeminent Theatrical Press Agent. For more information, visit https://jmof.fiu.edu/

Some shameless self-promotion: Iris Acker’s weekly BECON-TV program Spotlight on the Arts is raising funds through sponsorships and donations to continue its in-depth interviews with creative minds in the community. BECON-TV, which is the only commercial-free educational TV station in South Florida, relies on sponsorship and funding by viewers to cover operational costs. BECON-TV is asking the community to help keep Spotlight on the Arts on the air. All contributions are tax-deductible and patrons are recognized according to their level of contribution.

Donations and sponsorships carrying various levels of on-air recognition can be made by check or credit card. For more information, email mark.demeter@browardschools.com or call him at (754) 321-1072. To see the archive of all past programs, click here.  Every episode is enlightening, entertaining and educational. Past episodes are archived and can be seen at at www.facebook.com/spotlightonthearts.

GableStage and Palm Beach Dramaworks have cancelled, sort of, their first joint production slated for next season, the recent Broadway success Paula Vogel’s Indecent. The plan had been to mount it first at Dramaworks and then immediately move it intact to GableStage. Both theaters’ leaders remain amicable and hope to mount a similar project in the future. A new release stated. “The two organizations have exhausted their efforts to negotiate successfully with outside entities, who have made this unprecedented South Florida partnership untenable.” Dramaworks will still be presenting the play in their first slot next season Oct. 19-Nov. 11 while GableStage will presenting their own version of in January 26-February 24.

GableStage has also announced the last play of its season: Kings, running Oct 13. through Nov. 11. Written by Sarah Burgess who penned this season’s Dry Powder, the play is described as “A scathingly funny new play about money, politics and the state of the American republic. Kate is a whip-smart lobbyist who doesn’t waste her time on anyone who can’t get elected and get her clients what they want. When she represents a political neophyte with staunch ideals, she is faced with a choice that might change everything for her: back the system, or back what she believes in?”

Actor-director Matt Stabile, who has been a key player since the founding of Theatre Lab, the professional company based at Florida Atlantic University, has been named Artistic Director. The founder of the company Louis Tyrell will remain involved with titles Founding Director and Dorothy F. Schmidt Eminent Scholar in the Arts

Earl Maulding will receive the Champion of Children award from The Children’s Trust on June 14. The award cites Maulding’s affect in children for 20 years as the producer and director of Actors’ Playhouse children’s theater, a conservator- style theater education program for children and youth, and as director of the repertory company he founded, The Musical Miracles for youth ages 8-17. Earl created the National Children’s Theater Festival, which gives playwrights a showcase for new works for children and offers a weekend of theatrical activities for families, including hands-on activities such as costuming, makeup application, painting, role playing.

MNM Productions, now firmly ensconced as the resident professional theater company at the Kravis Center in West Palm Beach, has had some internal changes, leading to Producing Artistic Director Marcie Gorman to list the troupe in the future as MNM Theatre Company.

Broward Stage Door hears persistent rumors that its season ticket prices will increase when it moves to Lauderhill Performing Arts Center later this summer. Founder Derelle Bunn says unequivocally that this is not true.

Lightning Bolt Productions, a relatively new company performing at West Boca Community High School (as did Slow Burn Theatre Company and others when they began), is sponsoring its third production, Into The Woods, June 8-17. For more information, visit https://lbptheatre.com/.