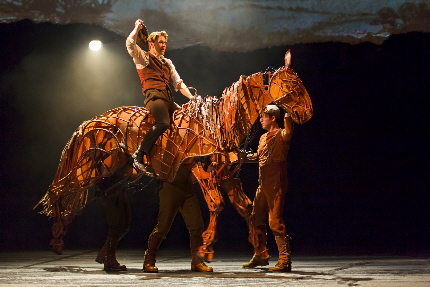 But we’ll bet a lot of people seeing the national tour at the Broward Center, while appreciating it as the highlight of the Broadway Across America season, also wondered what our unfettered and rapturous hoopla was all about.

All of this is lost in the traditional proscenium stage with its distancing picture frame and an orchestra pit space between the stage and audience. This is not a problem when you’re staging The Importance of Being Earnest or Wicked. But when the key is creating an immersive illusion, a thrust works best. If you saw Cats in New York or even better in the more intimate thrust theater in London, you’ll know how the magic is muted or even erased in a proscenium setting when it goes on the road. Critics gratefully get darn good seats, so we can’t tell you what this show looks like from the back rows or the balcony of the Broward Center’s 2,658-seat Au-Rene Theater. Perhaps it still works. We’d be interested in hearing from audience members. 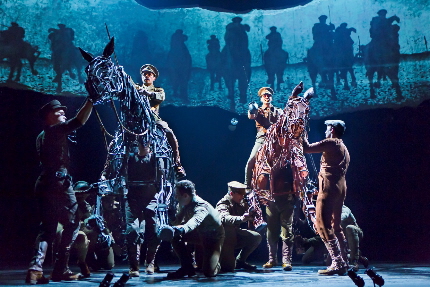 This entry was posted in Performances, Reviews and tagged Broadway Across America, War Horse. Bookmark the permalink.