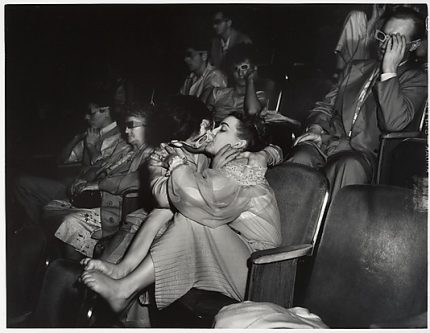 What musicals were based on these works:

These people were cast and were replaced before opening night, if there was one: What were their roles and shows?
—-Faye Dunaway before the show could move to Broadway (Katharine Hepburn in Tea At Five)
—-James Weissenbach (Franklin Shepard in Merrily We Roll Along)
—-Kristen Vigard (Annie in Annie)
—-Britisher Henry Goodman (Max Bialystock in the London debut of The Producers)

Besides a debate over quality, what dubious record does Spiderman: Turn Off the Dark hold? (The longest preview period in Broadway history with 182 performances)

In the middle of a Broadway run, the entire ensemble of which show was replaced because the producer felt they were phoning it in? (Les Miserables)

Which actor played all of these roles, although some never made it Broadway or stayed long: Pancho Villa, Henry II, Benjamin Franklin, and a character inspired by Boris Thomashevsky and Jacob Adler (Robert Preston)

Which of these actresses did Marnie Nixon NOT dub in full or in part for the movie version of a stage musical: Audrey Hepburn, Natalie Wood, Rita Moreno, Mitzi Gaynor, Deborah Kerr (Gaynor who actually could sing)

What musical marked Liza Minelli’s debut in a starring role on Broadway? (Flora the Red Menace)  Two years later, still not a major name, she replaced a Broadway legend in another show. What was the role, the original actress and show (Roxie Hart, Gwen Verdon in Chicago)

Boris Karloff and Jean Arthur, neither of whom could sing, starred on Broadway in the first musical version of a property with a score by Leonard Bernstein, that later became a beloved hit in a completely different version by different composers. What was it? (Peter Pan)

In 1673, Molière died after being seized by a violent coughing fit while playing the title role in his play The Hypochondriac). What was the last stage role and the show for:
Gertrude Lawrence (Anna in The King and I)
Edmund Kean (Othello in Othello, opposite his son playing Iago)
Irene Ryan (Berthe in Pippin)
Laurette Taylor (Amanda in The Glass Menagerie)
Mary Martin (just the show, not the role): (Legends, here in Fort Lauderdale with Carol Channing with both famously getting their lines fed by hearing aid)
Zero Mostel (Shylock in the straight play The Merchant by Arnold Wesker)

Barbra Streisand has made numerous musical films, but in one she and her co-star hated each other off-camera. Who was it and in what film? (Walter Matthau in Hello, Dolly)

Carol Channing was not David Merrick’s first choice for Dolly Levi in Hello, Dolly! The mega-star they offered it to turned it down, and then she accepted it years later after its success. Jerry Herman even wrote a new song for her. Who was the star? (Ethel Merman)

Mel Brooks won the Tony for best score for The Producers and is the composer-lyricist for many of the individual songs in his films, but he often thanks Glen Kelly. Why? (Because Brooks can’t read or write music. He sings the songs to Kelly who writes them down and arranges them.)

A jazz pianist and later a film composer wrote two of the biggest flop musicals of the 1972-73 season, Dude and Via Galactica which was the first show to play at the Uris Theatre (later the home of Sweeney Todd and now Wicked under the name the Gershwin). That’s okay, he already was earning lots of money and kudos as the composer of an earlier hit. Who was he and what was the earlier show? (Galt McDermott and Hair)

Mitch Leigh was a jazz musician and advertising jingle writer (“Nobody Doesn’t Like Sara Lee”) who composed three musicals that produced only short or one-season runs. What was his only hit show which some cynics wondered if he really had a stable of employees contribute to it? (Man of LaMancha)

Meredith Willson is credited with writing most of The Music Man. But commonly accepted wisdom is that a friend, mentor and acclaimed Broadway composer wrote at least two of the numbers and made a mint publishing the score. Who was it? (Frank Loesser)

What Broadway giant, married eight times, was famous for being addicted to amphetamines through much of his later career which made collaborations “problematic”? (Alan Jay Lerner)

Rodgers and Hammerstein made a lot of money for writing their shows. But they made a good amount of change fulfilling another job for some of them. What was it?  (Producers of their own work as well as others)

What was the first musical Richard Rodgers wrote without Hammerstein and for which he drafted the lyrics himself, and what was uniquely unusual about what he wrote? (No Strings, which indeed was orchestrated without any strings.)

Other than Grand Hotel which was overhauled by Maury Yeston, Forrest and Wright penned some musicals based on other people’s musical themes. Which two composers provided the themes for Kismet and Song of Norway (Borodin and Greig). Later they reworked Kismet into an African version called what? (Timbuktu!)

In what play did Nicol Williamson actually stab his co-star with a sword? (I Hate Hamlet)

Bob Fosse could be legendarily difficult to deal with. In one famous show, he banned the composer from attending rehearsals because they fought so much, especially about the ending. Who was the composer and what was the show? (Stephen Schwartz in Pippin)

A multi-faceted talent was so abusive to his cast that one time in rehearsal, he was backing up to the orchestra pit and the troupe let him fall in. Who was it and what show? (Jerome Robbins and West Side Story)

Anthony Shaffer has said that when he wrote Sleuth, he had someone’s home specifically in mind as the model for Andrew Wyke’s living room. Whose? (Stephen Sondheim’s puzzle-crowded townhouse in Turtle Bay)

Which of these Dickens novels was NOT made into a musical: Pickwick Papers, A Tale of Two Cities, David Copperfield, A Christmas Carol, Bleak House, The Mystery of Edwin Drood (Bleak House; this is what happens when your work has no copyright)

What did these big-budget musicals based on novels have in common: Gone With the Wind, Shogun, Around the World in 80 Days, Breakfast At Tiffany’s (They were all box-office failures)

What was Elizabeth Taylor’s first starring role on Broadway and in what play? Where did the play try out? (Regina in The Little Foxes; at the Parker Playhouse in Fort Lauderdale)

Of what iconic play, when it had its first American production in 1956, not on Broadway incidentally, did a New York critic write something like (paraphrasing here), “I have no idea what I just saw; I didn’t understand it at all. But it was great.” (Waiting for Godot, of course at the Coconut Grove Playhouse in Miami)

Gilbert & Sullivan’s HMS Pinafore was very frequently produced in the United States for many years during their lifetime. Besides the artistic merit, why was it produced so often? (Because they were pirated productions that paid nothing to the composer and lyricist, which led the duo to put American copyrights on Iolanthe and The Pirates of Penzance in the U.S.)

A real toughie: What do all these people lack in their skill set: Barbara Cook, Carol Burnett, Mandy Patinkin and several South Florida actors who shall remain nameless? (For all professional intents and purposes, and they all admitted it, they cannot really read music.  Reportedly, that was true also of Elvis, Michael Jackson, Eddie Van Halen, Robert Johnson, Jimi Hendrix and believe it or not, Eric Clapton.)

OF COURSE, THERE’S A SONDHEIM CATEGORY:

Start with a toughie: Sondheim is always upfront crediting collaborators. While composer David Shire (who composed Baby) rarely gets credit in books and records, Shire wrote an extensive dance number which Sondheim has always acknowledged that Shire wrote. Which song, which show?  (Donna McKechnie’s Tick-Tock in Company)

What was the first produced Sondheim show to crater at the box office? (Anyone Can Whistle)

What is the one song that Stephen Sondheim complains that he still doesn’t like the lyrics he wrote? (I Feel Pretty)

What Sondheim show was foundering in previews in Washington D.C. until visiting George Abbott suggested they change the opening number because the audience didn’t realize what kind of show they were about to see. It was written virtually overnight and the show became a major hit after that. What was the new song and the show? (Comedy Tonight in A Funny Thing Happened on the Way to the Forum)

Similarly, one crucial number in a Sondheim show was simply not working and he wrote two different replacements. The third number became an iconic moment in musical theater history. The first two have been recorded in various albums. What was the name of the final version and the show? (Being Alive in Company)

Although he hides it a bit, most of Sondheim’s music for A Little Night Music shares one quality. What is it? (It’s mostly written in 3/4 waltz-like meter.)