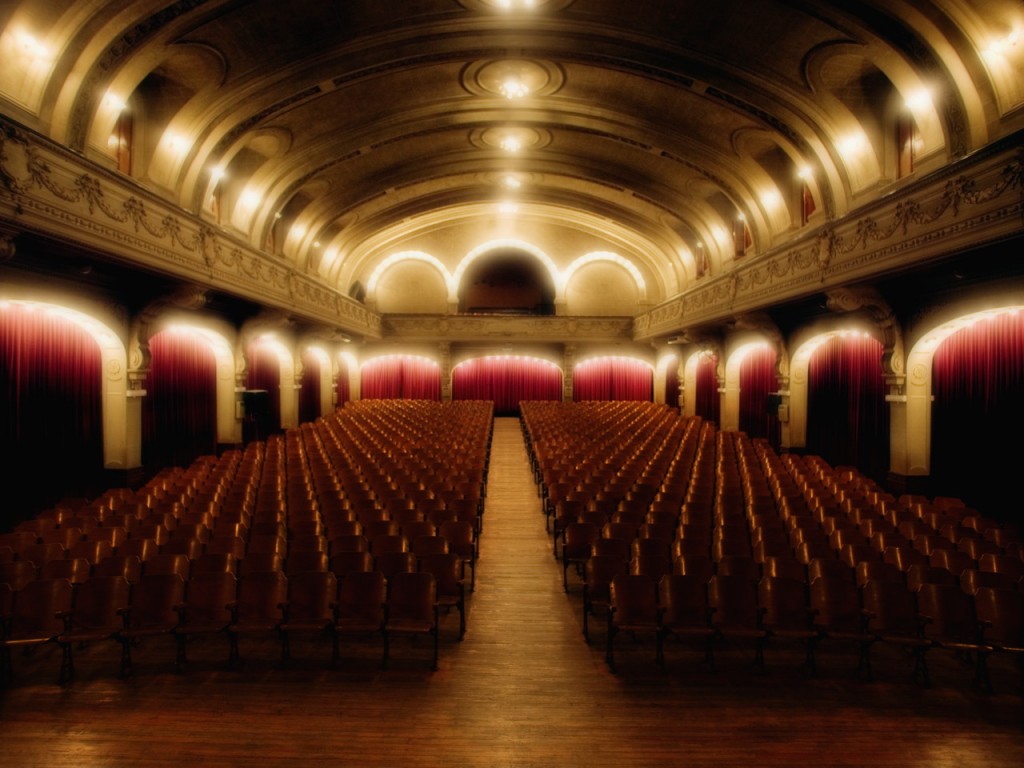 It is long past time for theaters and theater patrons to come down hard on audience members who text, talk incessantly, photograph set designs, video production numbers, check messages from their daughter-in-law, unwrap candy and Christmas presents, eat entire Kentucky Fried Chicken dinners, change babies, sing along off key and other thoughtless, self-centered and disruptive behavior during a production. We won’t bore you with another litany of horror stories like we did in the piece we wrote in July (http://tinyurl.com/ofnrhrs) except to retell the most recent offense that incited this column.

Last week, Ann Marie Olson was deep into the climactic solo in Gypsy at Broward Stage Door Theatre (“Mama’s talkin’ loud”) when someone’s cellphone rang. The recipient not only answered it, but then put the conversation on its speaker and proceeded to babble on for minutes.

That does it. This is a call to arms addressed to theater owners, front of house managers and we wonderful people sitting out there in the dark. Some people suggest Tasers, but I’ve got other suggestions after emailing with many of you.

This is not some irreversible trend. But it will take chutzpah and cojones on all our parts to change behaviors that been allowed to fester for a decade.

In overview, first, audience members need to insist that the boor sitting next to them stop this kind of behavior. Second, theater owners and artistic directors need to stop using recorded admonitions that few people listen to and make inventive live announcements that engage the audience’s attention. And third, and most crucial, theater employees need to actually fulfill their job descriptions as ushers. And there’s a fourth nuclear option.

So, first, we know that audience members are loathe to disrupt a performance, but many (not all) actors tell me the experience is already disrupted and will continue to be disrupted if nothing is done. It can be done politely, quietly, even with a tap on their shoulder. Additionally, or alternatively, if it happens in the first act, you can notify a house manager of the behavior and have them ask the offender to stop.

Second, clearly, clearly, most recordings don’t work, although there are some inventive ones that incorporate a joke. My favorite recording is as the lights go down, a loud unmistakable cellphone blares over the auditorium’s loudspeaker. Then a second klaxon, then two at once, then a cacophony.

But what is required is a pointed request from a live person – not delivered in a perfunctory “pleasereadtheemergencyinstructionsintheseatpocketinfrontofyou” speech as many artistic directors and producers do, but something specific explaining that some cellphones in some theaters interfere with the microphones, how the glare of the screen distracts people near you, how talking through a scene intrudes on other people’s enjoyment.

A member of Entr’acte Theatrix in Delray Beach asked everyone to take out their cellphones, take a selfie and send a text to social media about where they were. And then, while people had their phones out, he asked them to turn them off. Another well written but focused plea was delivered by an amiable young intern at Zoetic Stage prior to Stripped last month.

The Arsht Center sometimes has ushers walk through the aisles holding up placards with a drawing of a cellphone covered with the circle-and-slash “don’t” emblem. Even people from Lithuania understand that one.

Maybe what is needed is a theater community-wide education effort: create wittily composed and inescapably colorful inserts to programs, public service ads printed in the programs themselves and lobby posters asking the audience’s cooperation, even listing the bad behaviors since some people don’t seem to realize that actors and fellow patrons can hear them prattling on to their neighbor.

And then, ushers. Ushers. Ushers. Different houses have different policies, different levels of training and different expectations for their ushers. Plus some individuals at each house are more assiduous than their colleagues, especially at the Arsht Center where the staff seems to take their job seriously. But they are a rarity.

In many houses, the ushers are volunteering senior citizens whose primary goal is to see shows for free. Many times, they seat themselves in the back row as soon as the lights dim and don’t stir until after the lights return. Sometimes they are the ones talking and checking emails.

They should gently remind people while they are handing out programs and seeing people to their seats to please turn off their cellphones and refrain from talking.

Ushers should patrol the aisles right up until the curtain goes up –that includes during the overture. Once the house lights go to half, they should politely, firmly but audibly insist that the balding guy in the middle of Row F, yes, you sir, please turn it off. And then stand there looking at him until he does. If need be, they should shine laser pointers in baldy’s face. Seriously. One venue goes so far as to have ushers ask baldy if he needs help turning it off.

Then one usher should sit or stand at the front of the house or halfway down each aisle to monitor during the performance, even if that takes away a paying seat. Then they should act when someone misbehaves. Ushers also should politely confront offenders during intermissions even if they have complied.

Because for these folks who think the rules don’t apply to them, the sole solution is public shaming. Not only will some of those people be loathe to do it again, so will the people around them. They will realize their arrogance carries consequences.

We understand: Theater owners are reluctant to alienate Clint Clueless by embarrassing him. He might not come back. But imagine how many other patrons you are losing because he has made theater-going an unpleasant experience. Before I spent so many nights at theater, I used to go to a majority of the movies that came out. Now I go only to a handful because of other people’s intrusive thoughtlessness. The movie theaters lost me as a regular source of income, and I’ll bet I’m not alone.

By the way, performers often praise colleagues like Ms. Olson for soldiering on through. But a few others have said privately that actors ought to do a Patti LuPone — stop the show and call the audience member out for texting, photographing or talking loudly. They’ll remember the next time the glowering looks from other audience members whose experience was spoiled.

Finally, a Swiftian modest proposal: When a blockbuster film previews in South Florida for folks who won free tickets by calling a radio station, the promoters fret that someone will film the movie and sell it as a bootleg or put it on the Internet. They insist audience members check their cellphones at the door in plastic baggies as if it was a coat check. That idea may be a bit unrealistic in a theater. But in this case when a scofflaw takes out a hidden phone and turns it on mid-movie, ushers who look like bouncers come by and temporarily confiscate the phone.

One of our colleagues suggests a more modest threat (minus the checking of cellphones) should be made region-wide standard policy: Purchasing a ticket is an acknowledgment that management can temporarily confiscate a cellphone or eject the customer if their behavior is deemed disruptive to the rest of the audience’s enjoyment of the piece. Such a policy would have to be posted on season brochures, lobby posters, ticket envelopes and programs.

Granted, asking a 73-year-old volunteer to enforce this on an offender sitting in the middle of a show as the cast is belting out Oklahoma! is problematic. But it does put people on notice that the culture has changed and the expectations of behavior, at least in this art form, have been resumed at a minimal level of consideration and civility.

Draconian, yes, but it’s better than a Taser.

2 Responses to StageBill’s Blog: Time To Crack Down On Audience Misbehavior