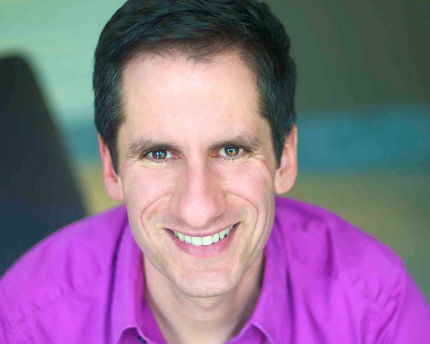 Seth Rudetsky loves Broadway musicals. Loves them. You can hear the joy cascading in his voice whether he’s emceeing his two regular shows on Sirius XM’s Broadway channel, his videos across YouTube deconstructing classic showtunes or in his series of live chatfest/concerts that he does with Tony Award-winning names in the business as he will starting in January at the Parker Playhouse.

Rudetsky is living the dream of every self-acknowledged theater geek, except that he is not an outsider looking longingly at the world of Broadway glamour. By dint of hard work over decades and a seemingly tireless drive, he has become an insider who doesn’t name drop A-list performers by first name to impress; they really are his colleagues and friends.

The effervescent Rudetsky – a pianist, musical coach, composer, actor, author, teacher of master classes, radio host, interviewer, conductor, musical director, Emmy-nominated television writer  and social activist —  is bringing back to the Parker his unique unscripted events in which he and a boldface name performer like Patti Lupone and Sutton Foster schmooze, share backstage stories and — with accompanist Rudetsky not telling the guest ahead of time which songs he will choose – create impromptu duets from the guest’s songbook.

This year, he will partner at the Parker on April 3 with Santino Fontana who won the Tony this year as Michael Dorsey in Tootsie; on Feb. 22 with Stephanie J. Block, who won this year’s Tony Award for her starring role in The Cher Show, and on Jan. 3 ,with the incomparable Kelli O’Hara, who if you need more information about then you should not be reading this website. (An interview with her will follow in a few days).

“I want people to feel like they’re in a living room, just talking, getting around a piano and spontaneously singing,” Rudetsky said in a phone interview. “I want it to be hilarious.”

Somehow he gets them to share revealing stories. In a video interview, O’Hara tells him how as a young performer in the ensemble of a Follies revival, she took a lunch break to audition for Sweet Smell of Success. Finding only a handful of people in the room during their lunch break, she instructed the accompanist to play her audition song a little faster than he was providing. The pianist turned out to be the show’s composer Marvin Hamlisch. She did get the part.

He often springs a song on them that they might not expect, like asking Foster to sing something from Annie, her first major Broadway show. Or asking Lupone to sing “Buenos Aries” rather than “Don’t  Cry For Me, Argentina” from Evita.

A veritable encyclopedia of Broadway lore, he sees this paradigm as a combination of his interests and talents. “As a kid I dreamed of something like this, but I wanted it to be Hollywood back then.” But once he plugged into stage musicals, he built up a career that ranged from playing in the pit for a dozen Broadway hits to writing and acting in the musical Disaster! to writing the opening numbers for the 1998 and 2000 Tony Awards to working intimately with most of the major names in the business.

Among his proudest “they can’t take that away from me” accomplishments was being the artistic director/ music director for the first five Actors Fund fundraisers including the memorable 2001 concert version of Dreamgirls with Audra McDonald and Jennifer Holliday which was recorded.

“No matter what, I will always have done that concert. (I knew) you’ve proven yourself and done something really exciting.”

A few times a year, he and his partner, James Wesley, host events on a Broadway-themed cruise with stars performing alongside him. The couple’s love of dogs has meant that these trips have ended sometimes with a new canine in the household picked up for a foreign port.

The couple are deeply involved in social causes, raising money for everything from the Orlando Pulse shooting victims to helping older children find foster families.

Asked how he manages to schedule it all, he remarked, “I think it’s more difficult to have real jobs. All my jobs are like an hour here and an hour there. It’s all fun, nothing feels to going to work.” The trips out of town for various gigs might be one or two days a week for one-night stands. “The coolest thing is I have created this niche, talking about what I love.”

Indeed, he has become part of the fabric of the community, someone The New York Times once referred to as the Mayor of Broadway. And it is a community.

“New York is really a small piece of real estate and walking around or on the subway, everyone knows everyone because you are in auditions with them or readings or at a party, if you’re a working actor. We all remain friends and we’re all supportive,” he said. It’s especially true of a certain group of artists who all started about the same time and whom he came to know as soon as he came to town, friends like McDonald and Billy Porter.

He never takes the stellar company for granted, but it is a group of people who work together and see each other as colleagues as you would in an office. “I am in awe of talent on Broadway, but when you’re working in the moment, you don’t think about that. (But) then for a moment during a sound check, you look up and….” There’s a star.

Asked if these artists are different than other people, Rudetsky notes that there are many talented people working in the theater. But the people he works with, indeed, have something special that goes beyond talent and skill.

“To me, it’s very much biology or God or something. Some people are just born with a tonality in their voice that is just amazing. There’s so much luck involved (in being a success)…. But if you hear them, they are all really unique.”

Seth Rudetsky Broadway Concert Series with Kelli O’Hara is slated for Jan. 3 at the Parker Playhouse in Holiday Park at 707 NE Eighth Street in Fort Lauderdale. Future concerts are with Stephanie J. Block February 22 and Santino Fontana on April 3. Tickets are $37-$67 with $123 VIP tickets offering a meet and greet with the artists. A three-show subscription is available and offers a 20% savings. Tickets at ParkerPlayhouse.com and Ticketmaster.com; (954) 462-0222; at the Parker Playhouse box office and at the Broward Center’s AutoNation Box Office.