Demos-Brown Is Opening New Play This Week At Zoetic, But The Big News Is Broadway 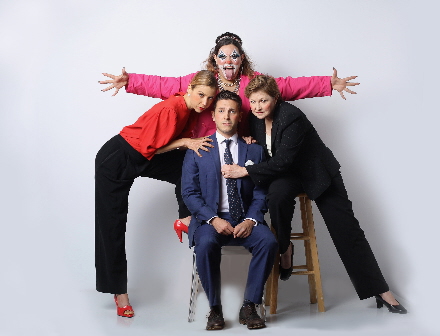 In any other season, the primary thrust of any story about Miami playwright Christopher Demos-Brown would be the world premiere Friday of Wrongful Death And Other Circus Acts, a wildly theatrical comedy at Zoetic Stage depicting the ruthless world of personal injury lawsuits in an actual circus setting.

But at this moment, with at least four of his projects evolving across the country, a different announcement overshadows everything: his play American Son is slated to open on Broadway in November.

“Everything seems to hit at the same time,” he said Monday, confirming that a deal has been reached.

American Son had its world premiere at Barrington Stage in Massachusetts in 2016 after a staged reading with Karen Stephens and Clive Cholerton at the National New Play Network conference held at the South Miami-Dade Cultural Arts Center.

Most evolving details including casting, dates and precise theater were not publically available this week, but Demos-Brown confirmed that he has been working with famed Broadway producer Jeffrey Richards for quite a while, including some private readings. Richards has listed the play on his website’s “coming soon” list of official projects.

American Son is a scorching drama examining America’s racial divide by throwing an estranged, interracial couple into a fraught cauldron. Their irreconcilable backgrounds erupt when their son is arrested. 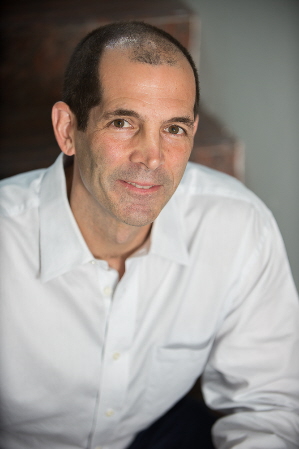 It’s not that Demos-Brown hasn’t been gaining ever more attention. His seven full-length plays have won a shelf of awards and nominations including a 2014 Steinberg Award Citation from the American Theatre Critics’ Association for Fear Up Harsh, the 2016 Laurents/Hatcher Award for American Son, and multiple Carbonell and Silver Palm awards.

Still, Demos-Brown is excited about the big league prospect and encouraged by the expertise of working with Richards who has been involved in a score of shows from Spring Awakening to August: Osage County. But Demos-Brown sounds cautious and tentative discussing it, as if he might scotch the deal by talking about it.

Asked what a Broadway berth says about him, he responded, “It says I wrote a good play. I wrote a timely play that happens to deal with issues that are relevant. But a lot of people have written good plays that have not gone to Broadway. There’s a little bit of luck involved. You can make your own luck to a degree. But in other ways I’m not sure how much this says about my career.”

At the same time, he is wrestling with a draft for a play commissioned by the Maltz Jupiter Theatre that will have a reading April 21. At George Street Playhouse in New Brunswick, N.J., his Zoetic-premiered Fear Up Harsh has been tweaked and retitled American Hero for a January 30 opening. The theater, which also produced American Son, has also asked him to write another play for them that would complete a thematically linked trilogy.

“I’m learning that working on multiple plays at one time is not ideal. It’s weird working on four plays and at four very different stages…. It’s a lot easier to have just one,” he said with a laugh. Still, it’s not unusual for him to be multi-tasking. He was working on a first draft of Wrongful Death when his Captiva opened in 2011.

The new play is born somewhat from the other half of his professional life; his “day job” is as a civil litigator. It tracks the unbridled efforts of a personal injury lawyer to convince potential plaintiffs in an airplane crash case to hire her.

This work has had a transformative journey over six or seven years. A couple of seasons ago, the work bowed in a staged reading at the Maltz Jupiter Theatre. While there was some humor and satire, it came across as a relatively straightforward piece.

But Demos-Brown is one of the founding members of Zoetic Stage, the acclaimed professional theater cooperative that has premiered several of his works along with those of Miami playwright Michael McKeever.

Zoetic co-founder and primary director Stuart Meltzer, who has helmed many of Demos-Brown’s plays, said, “Seeing the play through the several years of development, I saw what he wanted to do.” Citing the second half of the title, Meltzer suggested a change in tone: “It kind of opened up in my head the kind of circus that is the industry that he works in.”

The play evolved, Demos-Brown said, “from a fairly simple standard kind of satiric comedy to something that is really broad and farcical. It’s definitely the broadest comedy I’ve tried to write.”

Meltzer said, “He wanted to take some risks than he was unaccustomed to…. I said if we open a door here (with the idea of metaphorical circus acts) we open other avenues. So we created a circus in the (performing) space.”

Indeed, the play is staged inside a circus ring with the audience surrounding the action on all sides. Vanessa Elise will play Death and other characters dressed as a clown. Laura Turnbull playing the central attorney gives a court summation balancing with an umbrella as she walks atop the ring.

Also intriguing was writing the role of a take-no-prisoners attorney for a woman, Meltzer said. “It was important to Chris that he put women in roles that normally would be (played by) men, and he gave these women the language that men would say (in the expectations of some people). It’s gender-bending. It’s his comment on these (women) in this industry that they have had to speak like men in order to be successful.”

Given Demos-Brown’s previous themes like family dysfunction and single mothers’ rights, Wrongful Death may surprise his fans. “This is 180 degrees from what I usually write. It’s sort of Veep (the dark cable satirical comedy about a ruthlessly ambitious woman vice president) meets Cabaret – without the music.  It’s meant to engage you, it’s meant to be blatantly theatrical, if a little bit jarring and a little bit unusual. I’m allergic to writing a play that’s not about something, but this is not something you rush off to the bar and debate.”  He likened it to the film Dr. Strangelove.

Those following his career in recent years might find it unusual that he has written a flat out comedy, but some of his earliest writing was sketch comedy for a local troupe, Mental Floss.

“I don’t find it as difficult as other people do. The advantage of that was you threw something up and if it failed, you went on to the next one. But writing comedy that also tells a story is a challenge — the challenge here was not to have a series of funny vignettes that don’t add up to anything.”

Wrongful Death and Other Circus Acts plays in previews Thursday and plays Jan. 19-Feb. 4 from Zoetic Stage at the Carnival Studio Theater at the Adrienne Arsht Center for the Performing Arts, 1300 Biscayne Blvd., Miami.Performances 7:30 p.m. Wednesday-Saturday, 4 p.m. Sundays and an additional matinee 3 p.m. Jan. 20. Tickets $50 and $55.Call 305-949-6722 or visit www.arshtcenter.org.