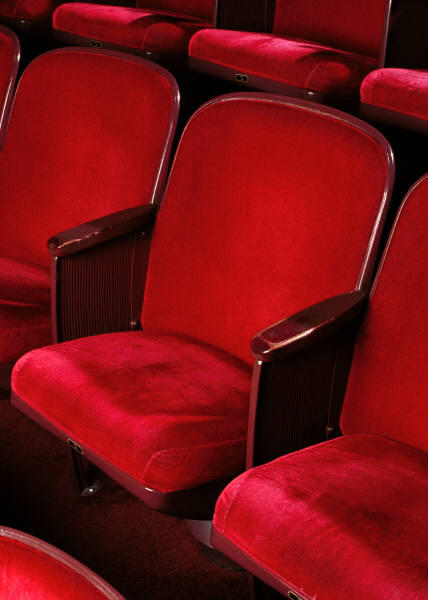 These are not at all necessarily what we predict will be the best shows this season (although they may be) or the best attended or the most popular or the most award-winning. We don’t care. These are the shows we most want to see for a variety of reasons. The list is woefully incomplete, likely with major but unintentional omissions. We apologize if your favorite venue is not on the list.

Heathers the Musical (Slow Burn Theatre Company / June 9-26 ) Last year we saw this spoofy off-Broadway riff on the already jet black film comedy. We thought it dovetailed so perfectly with Slow Burn’s love of musicals about the angst-ridden farce that is late adolescence that we made sure its founders knew all about it. Even sillier and funnier than the 1988 film, Heathers is a hilarious satire about a misfit teen who first tries to fit in with the cool kids in high school, only to be enlisted by a dreamy rebel who wants to literally blow up their shallow values along with the school. A solid hoot. Book, music and lyrics by Laurence O’Keefe and Kevin Murphy. To read our review of the New York version, click here.

Passion (Zoetic Stage / Feb. 18-March 13) This is the Stephen Sondheim musical that splits even his fervent fans. Based on an Italian movie, it tells of a homely and perpetually ill woman obsessively in love with a young officer in a remote mountain outpost. It builds slowly but surely as the woman’s adoration initially unnerves the soldier who is already having an affair with a married woman elsewhere. But eventually the force of her pure love begins to make in-roads. When it’s done right, the show can overwhelm you with the fierce power of love, such as the simple direct declaration in one lyric, “Loving you / Is not a choice / It’s who I am.” It’s promisingly cast with Nicholas Richberg (Black Stache in Peter and the Starcatcher) and Jenni Hacker.

Bridges of Madison County (Kravis Center on Broadway / April 26-May 1) Better by a country mile than the weepy novella or the marginally better film, this moving musical from last season was a surprising if qualified triumph. The score by Jason Robert Brown (The Last Five Years and Parade) was breathtakingly lovely, brought to passionate but visceral life by the inestimable Kelli O’Hara and Steven Pasquale. They aren’t touring with it, but other than some throwaway numbers for other characters, the show is a heart-breaking yet life-affirming exploration of love between a married farmwife needing a release and an itinerant magazine photographer needing roots. Open your heart and bring a hanky. I’m talking to the guys here. To read our review of the New York production, click here.

Spring Awakening (Slow Burn Theatre / March 17-April 3) Yes, another entry to look for from the same company. The Broadway sensation reinterprets a classic German play about adolescence and repression with rock music about teenagers struggling with sexual feelings. Can you think of a show more suited to their aesthetic?

Long Day’s Journey Into Night (Palm Beach Dramaworks / Jan. 27-Feb. 28) Other than New Theatre years ago, no professional company has attempted Eugene O’Neill’s masterwork – perhaps the Great American Play about family dysfunction. Dramaworks chief William Hayes will direct a terrific cast including Dennis Creaghan as James Tyrone, the family patriarch; Joy Franz as his wife, Mary; John Leonard Thompson as their alcoholic older son based on O’Neill himself, and Michael Stewart Allen as James Tyrone, Jr. It was based so closely on O’Neill’s own tortured family that he did not want it performed for a half-century after his death – a wish his widow did not respect.

West Side Story (Actors’ Playhouse / Jan. 27-Feb. 21) If anyone can do justice to this classic, it’s this company, which proved its ability to do dance-dependent shows with its recent blockbuster production of In the Heights. It’s not that no one does this show very often live, it’s just that it’s rarely done well, and there’s always the specter of the superb film version looming over any stage outing. We’ll bet on director David Arisco, choreographer Ron Hutchins and company.

Stripped (Zoetic / Nov. 5-25) We’re not saying playwright Christopher Demos-Brown can do no wrong, but his name and the words “world premiere” are more than enough reason to take a chance on a couple of tickets, dinner out, a babysitter, parking, tolls and the nightly I-95 traffic jam. The author of the award-winning plays Fear Up Harsh and Captiva explores new territory in the battle between a mother’s rights and the American legal system. Here he depicts Masha, an immigrant, an exotic dancer, and a mother. Devastated when the state takes custody of her daughter, Masha must struggle against all odds to reunite her family – a portrait of one woman’s quest for true freedom.

Hello, Dolly! (The Wick Theatre / Nov. 5-Dec. 6) Hands down, this is the heftiest bet of the year: Lee Roy Reams as Dolly, reputedly only the second time in a major production that the role has been played by a man. This is the must-see show of the season: Either Reams’ considerable talent, skill and experience is going to make this a runaway hit empowering the participants to thumb their nose at the snide cynics and naysayers — or audiences are going to reject the idea in advance, let alone the reality when they see it, thereby producing a high water mark for schadenfreude among the local theatergoing community. Be there.

Dogfight (Slow Burn / Nov. 12-29) Slow Burn again? Yes. You’ve likely never heard of this cult off-Broadway musical from 2012. But dig up a CD or MP3 of the score. We saw a taped version of the original production at the New York Public Library of Theater on Film and Tape at Lincoln Center last year and were downright floored. Based on the 1991 cult classic movie, it centers on the unlikely, yet poignant romance between a young Marine and a shy, awkward waitress he meets the night before shipping out to Vietnam in 1963. It has a deeply moving book by Peter Duchan and a gorgeous infinitely-felt score by Benj Pasek and Justin Paul who strangely went on to write the musical version of A Christmas Story.

Gypsy (Broward Stage Door Theater / Nov. 20-Jan. 3) Inarguably one of the finest musicals of all time, this edition will be directed by Dan Kelley and stars Ann Marie Olson. She has proven repeatedly that she has both fine acting chops and a belter’s voice, so the role is in fine hands. Olson herself fears she’s a little young for the part, but keep in mind how young Louise/Gypsy is and how young Rose probably was when she birthed her; it’s not at all a stretch. Besides, Margot Moreland was about the same age when she gave a performance in the role for the Fort Lauderdale Players in 1999 that people still talk about.

Beautiful – The Carole King Musical (Broward Across Fort Lauderdale / May 10-22) Most people want to see the Cyndi Lauper-Harvey Fierstein Kinky Boots, but I’m a Boomer and King’s catalog is the soundtrack of my life. This acclaimed bio-musical is one show I’d pay my own money to see.

The Importance of Being Earnest (Thinking Cap Theatre / Nov. 13-Dec. 6) Oscar Wilde’s script is one of the funniest ever written when it’s played right and director Nicole Stodard has proven a talent for classical comedy. But it’s Thinking Cap and they plan to set the play in the 1970s rather than the 1870s, and to mix things up with some cross-gender casting. Whatever the result, Wilde would likely approve.

Stalking The Bogeyman (GableStage / October 1 – 30, 2016) I read this Markus Potter script in a playwriting contest a few years ago and was intrigued if not captivated. But since then, it has been produced around the country to some rapturous reviews and very strong audience reactions. So I want to see how it plays on stage rather than on the page. It’s a powerful thriller based on a true story that aired on NPR’s This American Life, following journalist David Holthouse’s secret pursuit of justice for a child abuse-related crime hidden for 25 years — and explores the dangers of vengeance, the power of forgiveness, the strength of family — and the bogeymen that lurk inside us all.