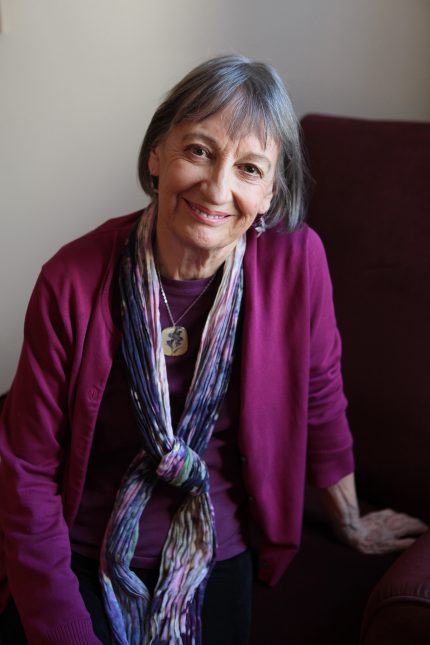 Patricia Conolly is one of the most prolific, respected and acclaimed actresses you’ve likely never heard of.

But you’ve very likely seen her: Her resume over seven decades encompasses lead theater roles on three continents in scores of plays for nearly every major theater company you can name and alongside some of the biggest boldface colleagues in the art form.

And now, adding to her three times as Blanche duBois, one as Stella Kowalski, two Hedda Gablers, 16 Shakespearean heroines and fresh off the recently closed Broadway production of To Kill A Mockingbird, this month Conolly will play the 91-year-old grandmother trying to connect with her troubled grandson in Palm Beach Dramaworks’ 4000 Miles.

“Although my great achievement in life is to earn my living entirely from the stage, it’s only when you do television and film that people know you,” she said with a laugh during a telephone interview.

“People don’t know who I am on the street unless you’re in New York.” She does recall coming back to her Manhattan base after appearing in one of the many, many regional theaters she has played. “I remember getting on a subway, crowded subway, and somebody across the way said ‘Welcome back,’ and I wondered why they would talk to me.”

She has appeared locally a few times, with Theodore Bikel in About Time in 2006 at the Coconut Grove Playhouse and the Parker Playhouse.

She also performed in 2005 with her husband, Colin McPhillamy in Florida Stage’s Hanging Fire. McPhillamy, who will appear this fall in GableStage’s Heisenberg, has graced South Florida stages numerous times including last winter’s one-man Jacob Marley’s Christmas Carol at City Theatre and several times at Dramaworks.

The challenge in Conolly’s keystone part is that the 91-year-old character – often played by someone ten years or more younger— is only a year or so older than Conolly herself. But the attraction to Conolly is the complex character is its distance from the stereotypical senior role.

“Most parts of old actors are small, and they usually have Alzheimer’s. It’s refreshing to find a play that features a really old person starting with her wits about her,” she said.

Additionally, “The dialogue is very well observed. I found it easy to learn, thank God, because that was the first thing — I wasn’t going to take it on if I didn’t think I could learn it. But my brain seems to be functional now. We’ve got to see if I have the stamina, which is also another thing.”

The set-up is described as “Political activist Vera Joseph’s solitary existence is entirely shaken when her grandson, Leo, appears at the door in the middle of the night. Leo is fresh from a cross-country bike ride, and assures Vera that he won’t stay long. Leo, however, is in crisis, confused by an on-again, off-again romance, furious with his mother’s incessant meddling, and grieving deeply for his best friend and biking partner, Micah, who is recently deceased. While Leo seeks solace in his grandmother, Vera finds companionship in another person for the first time since the loss of her husband, Joe. It’s a compassionate, intimate, and frequently funny play that examines the love of the family we can choose, the family we can’t, and the healing power of trust.”

Conolly had heard of the play when it bowed with Mary Louise Wilson at Lincoln Center in 2012, but initially hadn’t read it. “Colin’s son Nick was the age of the character, and at that time he was trying to be an actor. He told his (birth) mother, ‘I’d love to just read something with Trish,’ and his mother suggested this piece.”

The son in the Dramaworks’ piece is played by Gabriell Salgado who won acclaim fresh out of college for playing a very physical Frankenstein at Zoetic Stage last fall.

“Gabe said he’s used to doing action plays. He’s a very healthy young man. Beautiful, of course, but he has real talent. I think he’s excited about doing something different. And he’s certainly wonderful to work with. The main thing I’ve found is that we can be spontaneous together and have fun so we can work off each other.”

It affected Salgado as well, she said. “He actually said that when he read it a couple of times, he started calling his grandmother.”

Entering rehearsals, she observed of the evolving relationship of the characters, “There’s a real journey there, and it’s a fun journey.”

She knows about artistic journey. She was born in Sydney, Australia, and worked there. But she has a sheaf of credits in London’s West End, Stratford Shakespeare Festival in Canada, the Guthrie in Minneapolis, Royal Shakespeare Company,  Chichester Festival Theatre, Hartford Stage Company, Old Globe Theatre, Arena Stage, Circle in the Square, Seattle Repertory Theatre, Irish Repertory Theatre, and Lincoln Center’s production of Tom Stoppard’s three-part The Coast of Utopia. She was part of Ellis Raab’s famed APA Repertory Company in New York during the 1960s. Her husband writes that she has appeared on Broadway more times than any living Australian.

She acknowledges a few lulls endemic to any professional stage actress: “I do think you’ve got to recognize that there’s going to be rejections and there are times in the life of an actor where you think will I ever work again? They all think that will I ever work again? But I try to think of it as the soil lying fallow for a while, so that when you get the next seed, soon it’ll spring up well.”

Her very full career prompts questions from young artists seeking advice since she has often taught and directed at the Old Globe Theatre/University of San Diego MFA program, University of North Carolina School of the Arts, Juilliard School and Florida Atlantic University.

“It’s the business side of it that’s difficult, that I’m not too good at advising them (about). You have to love it enough and don’t feel that you have to do this forever if you can’t get the jobs because there’s a lot of rejection. But if you follow your heart and you say, ‘Oh, that’s a lovely part, I’d love to play that part’ — and they’re asking me to do it in Tucson, Arizona – it’s a rewarding life if you can manage it.” Citing the uptick in cable-originated “product,” she said, “If you can manage the waiting on tables, there’s a lot of other work going on”

Her daughter once asked for that advice when she had an Equity union card and was considering theater as a career before taking another path. Today “she’s a wonderful psychotherapist, and she said, ‘Why would you be surprised, Mum? I have to put myself in other people’s shoes. And I learnt it by watching the theater and being with you.’ ”

Students heard her not only talk about craft, but the challenge of a busy theater career while being a single mother. “I often had young people really thank me for saying how I managed that part of it.”

It helps a little that her husband is in the same profession and that his family is from Australia although he was born and raised in England. “We share a cultural thing so we can laugh a lot absolutely in the Australian manner.”

A key is the supportive colleagues she’s known. “It is such a wonderful community; there are always people willing to help out and it is a kind of family as long as you don’t make it like it is the be-all end all.”

Looking back and looking at the upcoming work, she knows, “There’s no doubt it’s been charmed for me. I’ve been very lucky.”