Hamlet Prince of Cuba Delivers the Bard in English and Spanish 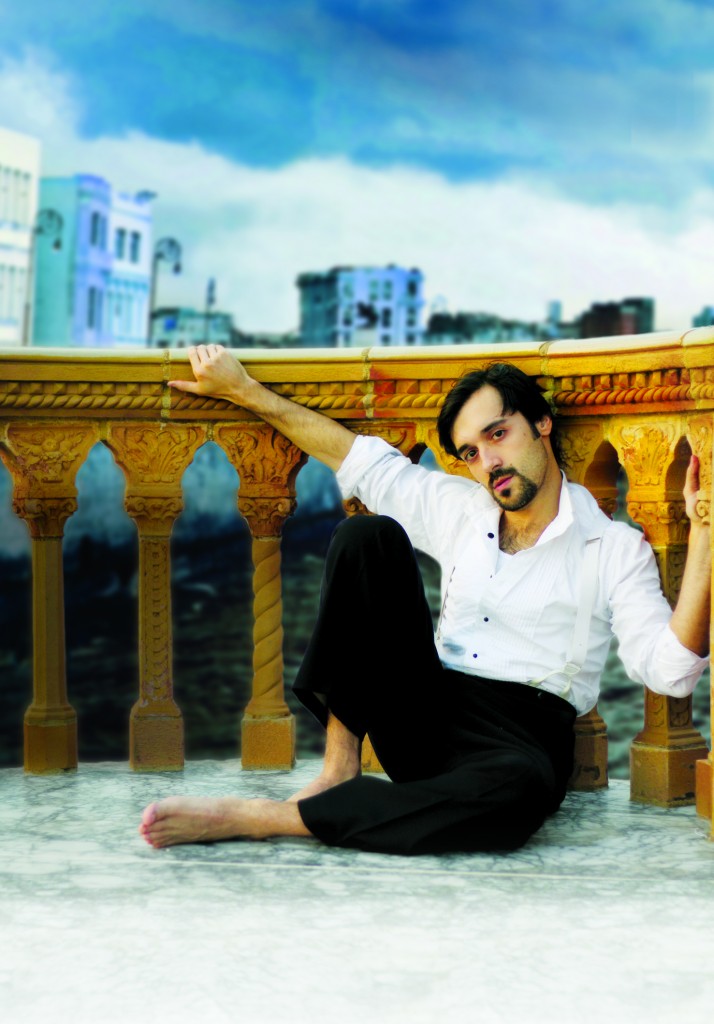 Or as Shakespeare wrote, “To be or not to be, that is the question….”

Appropriately for the multi-ethnic community that is Florida, both versions of the famous soliloquy will be heard this weekend in a historic production of the Bard’s masterpiece at the South Miami-Dade Cultural Arts Center.

Hamlet, Prince of Cuba is a new version adapted in English by Michael Donald Edwards, producing artistic director of the Asolo Repertory Theatre in Sarasota, and translated into Spanish by Nilo Cruz, the Pulitzer-winning playwright raised in Miami.

Focusing on the shared passion suffusing both  the classic play and Hispanic culture, this take on Hamlet will be performed Friday and Sunday nights in Spanish with English supertitles and twice on Saturday in English. Edwards believes this is a first.

“No one has done this before. This is the first time the same company has done the same play in both Spanish and English at the same time. This is historic,” he said Tuesday.

Edwards, who also directed the work, mounted it to acclaim at the Asolo beginning in  late March and ending last weekend.

The multi-ethnic cast is headed by Miami native Frankie J. Alvarez who studied at Florida State University and Julliard.  A handsome, slender actor noted for his energetic approach to roles, Alvarez was lauded by the Asolo media for his kinetic performance.

Edwards, a native of Australia who speaks no Spanish, got the idea about  3 ½ years ago after meeting “extraordinary” actor after actor with Cuban-American roots. He sensed a resource and an opportunity “for a unique American way of doing Shakespeare that could not be done anywhere else.”

And a responsibility. “Here I am, living in this place that has this rich culture. I felt this is my job; here I am running one of the most important theaters in the southeastern United States. If it isn’t us actively building bridges between cultures, then who?”

Hamlet came to mind, but he balked at the initial impulse to set the tale in Cuba during the revolution.

“I started (brainstorming) there, with the fall of Batista. But I found that it really did not free me up…. Above all, I didn’t like the easy reduction of Hamlet to Che and Laertes to Castro. I wanted it be a little less burdened by specific historical analogies.”

So he changed the milieu to the ruling elite of Cuba in 1898, a key year in Cuban history that encompassed the sinking of the Maine and the beginning of the Spanish-American War.

“We’ve taken it out of the ice of Denmark and put it in the heat of Cuba. I think the Cuban point of entry has released a level of passion and excitement and a fresh look at who this character is.”

His adaptation also involves cutting the unabridged version from about four hours to two and a half. Editing it down, a common practice for a century or more, as well as resetting the piece did not worry Edwards because there were several versions of the play even before it was published in the First Folio. “I believe there is no set text. There are only texts of Hamlet. That liberated me.”

What he sought to do in the cutting is propel the story. “I want it to be very active, so it moves very fast. There’s a kind of hurtling forward to the production.”

If Edwards injected a Latin sensibility into the marrow of the play, he has not overhauled Shakespeare’s language. “I haven’t changed a word. It’s Shakespeare’s play and many people won’t feel they aren’t seeing an adapted version. You have to know it pretty well to see what I have done.”

Nilo Cruz’s involvement stems from a production of his play-in-progress  Hurricane  that Edwards directed for the Ringling International Arts Festival in 2010.

“We had a fantastic time and we just really hit it off,” Edwards said. Still, when Edwards asked him to translate Hamlet, Cruz said his schedule was too full. Edwards persevered and sent Cruz his significantly shorter adaptation. Edwards even acted all the parts for Cruz over two days, explaining why every cut was made.

Cruz was won over. The result is not iambic pentameter, but a Shakespeare with a unique poetry and specifically Cuban flavor. Yet people who saw the Spanish version in Asolo, comparing Cruz’s spoken words with the English supertitles were amazed at how close they were, Edwards said. Cruz is flying back from Japan for opening night in Miami.

While Edwards recognizes how specific the resonances are to Florida, he is hedging his bets for a future production elsewhere. “We’re keeping the production in storage for 12 months and we have a really good archival video being edited in Spanish.”