Talkin’ in the Green Room With: Barbara Bradshaw

Posted on February 8, 2012 by Bill Hirschman 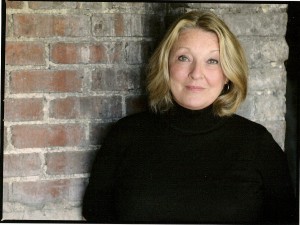 In this edition, we talk with one of the most admired stage and voice-over actresses in South Florida whose 200-plus roles include four Carbonell-winning performances ranging from the crusty author in Collected Stories to the actress in The Elephant Man. She has delivered a portrait gallery of 40 parts for the Caldwell Theatre Company since its earliest days. A 36-year member of Actors Equity, she has equal experience with drama (both female lead parts in The Heiress) to comedy (numerous tours of Shear Madness topping 800 performances). Coming up next: a return to her second professional home at Flat Rock Playhouse in North Carolina (her 32nd season) to play Dottie in Noises Off. In this Q&A, Bradshaw reveals a young adulthood that few outsiders would suspect as well as her deep connection to the sea.

Hometown: Born in Daytona Beach, Florida …but that’s another story….

How long have you lived/worked in South Florida?
Since early 70’s when a handful of us merry players came to the then Lynn University in Boca to start a theatre — named after Jim Caldwell, Rubbermaid King!  I’d say it worked. But I also kept my apartment in NYC and went back and forth for years, working all over the country until 1987 when I permanently moved here.

What school did you graduate from/what was your major?
Studied in NYC between running off to Europe and starting a commune in the late 60’s…but that’s another story. In my 20’s, I studied at the HB Studios in New York City, took too many classes at night while working as a secretary for SEIKO Time Corporation on Fifth Ave. during the day and lived in a five-floor walk up on E. 73rd St. for $114 a month… slept 4 hours a night and somehow made it. Those studies still inform my work.

What role/play are you dying to do but no one would think of you for?
The play that no one has thought to write for me yet….

What show do you wish somebody down here would produce?
A sloppy, corny, heartwarming “two hander” play called Grace and Glory.…reads like a soap opera, plays beautifully, and audiences love it.  And Foxfire.. So, so beautiful.  Also, On Golden Pond. I had the opportunity to do that show a few years ago and it is such a beautiful work….not like the movie.

What show will you be happy never to see again unless it gets you a job?
None. Just give me the job. 🙂

What do you say when someone you like is in a terrible show or does a poor job?
I lie, period. Actors should never hurt another actor. Never.

How do you cope when there are more people on stage than in the audience?
Same show, same ticket price, same discipline.

What is there about you that most people don’t know (and that you’ll admit publicly)?
Ha, that’s a hard one — the public part, I mean. I was born on a chicken ranch, ran a commune, was the ultimate hippie, backpacked all over Europe and returned to Europe later and often while traveling with a lover in the London Symphony Orchestra. But that’s another story…..

What’s the hardest/easiest part of what you do?
Easiest, getting to work with the people I get to work with.  Hardest, saying goodbye when the show ends.

Do you have any pre-show rituals?
Yes, I say a very private prayer…..and speak to my “angels.”

What do you do after a show?
Go home…..usually.

What was the first show you were involved in and what did you do?
I was 9, the play was Anniversary Waltz, community theatre in Daytona Beach, and I have literally never stopped since. Professionally since age 16.

When did you know this was what you wanted to do and why?
Sounds corny, but I cannot remember ever wanting to do anything else, ever — except a brief stint as a child wanting to be a nun. For the life of me, I think it was the costume.

What do think has been your best work in the theater to date, and why?
Oh my, that is so hard. Each show is a new child and you love them all the same (Well, sort of :-).  But you know that saying, “You are only as good as your last show?” Think of it that way and it keeps one’s perspective in check.

What do you think was your worst, and why didn’t it work?
My third grade gig as the Narrator of the school play Treasure Island, a coup role to get at such a young age. I was so determined that I hid from my mother my awful tummy ache the morning of the show and collapsed on the way to school with appendicitis and almost died. Moral of the story for all actors: Don’t be a hero.

What was your best experience working in theater?
My extended years with a true theatre company, where the A..D has assembled his company and then chooses the shows to fit his actors. You live together, you work together, you learn together, you have a communication and chemistry on stage that is unparalleled.  I have been blessed with this experience twice — a lead role one show, a walk on the next, teaching and learning and constant support. Heaven.

What one role/show would like to do over or just do again?
Oh my, too many, too many. But the first one to come to mind is Hannah in Night of the Iguana. I loved her and walked to the theatre every night on a cloud. I couldn’t wait to live that show and take her breaths night after night. Of course, that was years ago, but the memory is still palpable. But oh, so many roles. I have been unbelievably blessed to do so many incredible shows.

What was the worst on-stage mishap you dealt with?
A bomb scare. The horrendous, ear splitting, alarms went off, and my equally confused fellow actor and I went quietly through a doorway on the set only to discover it did not have a backstage escape, so we were trapped in this little room, laughing, while the audience was being led outside, alarms blaring. Finally the fire rescue/bomb squad opened the fake door and said, “What are you doing in here?”  We said, “We didn’t want to break character by leaving the stage!” Oh, my….

Do you have unexpected special talents and skills?
I was an avid scuba diver, rock climber, and spent a wonderful summer in my 30’s as a Whitewater river guide. I love the water. Some of my happiest years were when I was scuba diving all over the South and the Caribbean. I was at home down on the reef or on the “Wall”. It was also the closest I ever came to death. Or running rivers in North Carolina. The summer I spent working as a white water river guide was one of the best summers of my life.

What would you do if you couldn’t be in theater?
A marine biologist or a dolphin trainer.

What’s your most unforgettable theater experience?
The shows where it all comes together in such a miraculous, harmonious way that you want to handcuff yourself to the set on closing night so that it never ends. Out of the 200 or more shows that I have done, there are a handful of those I will always cherish.

What TV programs do you DVR when you’re working a show?
What’s a DVR?  Is it like a VHS? When I was in third grade they wanted to skip me up to fifth and my mom said no, She was so right.  But I did used to read three books a week at that age. And now? I watch Project Runway and Survivor. What happened?

Whose music can you not live without?
Allison Krauss, all classical, Frank Sinatra, and the Righteous Brothers’ “Unchained Melody!”

Why doesn’t South Florida theater have a higher profile nationally?
I am nonplussed to answer that question, and yet we have one of the most accessible and thriving theatre communities in the country. But it willhappen.

Finally, add a question (and answer) you wish I had asked.
Who is my hero? My son, Ben, about to enter Med School, Honors College, soldiered on through the worst time imaginable, and has  never “left my side,” emotionally or lovingly…. my hero, Ben. (and) my Angel forever….Matthew. My sons were always , My Life.

This entry was posted in Features and tagged Barbara Bradshaw. Bookmark the permalink.

7 Responses to Talkin’ in the Green Room With: Barbara Bradshaw