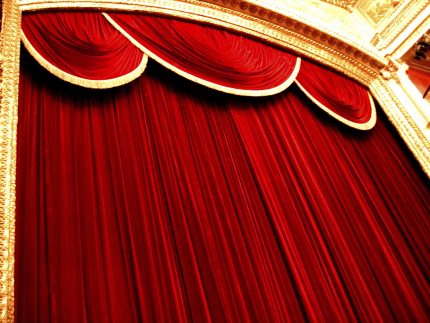 With few theaters seeing relief anytime soon, new updated data show that the COVID-19 pandemic is continuing to hammer the arts communities in Miami-Dade and Broward counties with losses in the tens of millions of dollars.

Miami-Dade County reported a total loss for the first three months estimated at nearly $60 million and costing more than 9.000 jobs across the non-profit and cultural organizations.

Broward County reported a total loss of $21.6 million over the three months and 982 furloughed employees or jobs lost.

“We continue to be alarmed at the sustained and cumulative impact of the pandemic on arts organizations’ survival and arts jobs,” wrote Michael Spring, director of the Miami-Dade County Department of Cultural Affairs, which conducted the survey.

He and arts leaders in the area are especially concerned about the near future. He wrote, “The conclusion is clear: more funds are needed without delay to help with the additional re-opening costs and to help mitigate diminished revenues resulting from audience capacity limitations and the likely reluctance of people to attend now.”

In the report, Spring wrote, “Without more resources, both the costs of re-opening at vastly reduced capacity and the additional expenses needed for required safeguards are daunting.  We do not have a moment to lose and are working hard with these alarming survey results to make the case for the considerable help needed to rescue our cultural organizations and artists.”

Last month, Miami-Dade County Mayor Carlos Gimenez authorized the partial re-opening of a small slice of the cultural activities. Venues, including theaters, can re-open with a county-approved plan. The requirement is to submit a plan that incorporates the standards contained in the county’s New Normal Guide, to have that plan approved by the county, and to operate in conformance with the approved plan

Similarly, Broward County announced earlier this month that performance theaters could apply to reopen on June 15. But it was unknown whether anyone has submitted the required plans for the blessing of the county manager and county attorney’s offices.

The figures from Miami-Dade County’s survey of area groups covering March through May l reported a direct loss of roughly $16 million to $22 million for each month – which does not include the larger economic loss to the region from companies whose business relies on an active arts scene.

Miami-Dade survey of about 208 non-profit arts and cultural organizations, including but not limited to theaters, totaled $59.5 million in reported losses for the three months. The survey reflected 9,209 arts and cultural jobs lost through layoffs and furloughs of employees, or elimination of contracted positions.

The Broward report reported the same categories although some non-profits did not report their data in the first two months, so the figures may not be comprehensive:

With incomplete records for the first two months, the Broward institutions estimated a loss of about 600,000 visitors.

Added aid of $200 to $500 is available on a first-come first-served basis through the Miami-Dade County and Jorge M. Pérez Family Foundation’s Miami-Dade Artist Support! (MÁS!) Grants Program. The deadline to apply is Wednesday, June 24 through the county office at https://tinyurl.com/y9grg8wk.