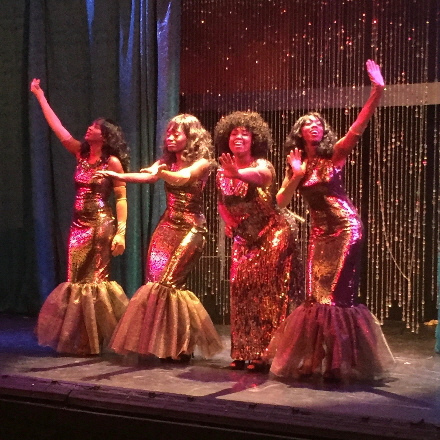 The finale of Dreamgirls in 2017, one of the triumphs of Broward Stage

Broward Stage Door, which has battled through a dozen fiscal and artistic highs and lows over nearly a quarter-century, has shut its doors for good, said Derelle Bunn, executive producer and co-founder of the theater.

This week, the company cancelled the remaining three performances in the run of its current production, My One and Only at Lauderhill Performing Arts Center, she confirmed.

The rest of the season with three more shows also has been cancelled, said Amanda Segur, general manager of the Performing Arts Center. She said there was a clear market for “well-crafted Broadway shows” at her venue going forward, but she did not mention Stage Door as the likely producer.

“I don’t see any way that we’re not (done),” Bunn said. “I wish I could tell you something different,” she said by telephone Thursday evening.

The one thing that bothered Bunn the most, she said, is that she currently did not have the cash to pay her actors — something she despised in the actions of another long-gone pair of local producers who left out-of-town actors stranded.

The closure’s cause was a confluence of situations including an overall “precarious” financial situation, although the fatal collision did not become clear until Thursday morning, Bunn said.

“If we had been (financially) stronger, we might have been able to go on,” Bunn said.

Bunn has said in the past that Stage Door has struggled ever since moving to its new home. Bunn said last fall that the city, which sells the tickets, would not hand over all of the collected pre-season subscriptions income, causing a cash flow problem for the operation of the theater from the very beginning of the season.

A key factor was connected to My One and Only when its lead actor fell ill and was unable to perform on Sunday, March 10. The audience was already seated when it was told the performance had been cancelled. The following Sunday, the show started an hour late for similar reasons and scores of audience members left.

The city was withholding the cost of issuing refunds, perhaps $20,000, from collected ticket sales which Stage Door needed to pay its personnel.

A note on the company website on Thursday announced, “We were recently faced with extraordinary ticket refunds due to the unexpected cancellation caused by a cast member illness on March 10th followed by a late curtain call on Sunday March 17th. This has created a financial burden upon the Stage Door that prevents us from bringing to you the remaining shows this weekend.”

She said she still hopes to get some of the money from a previously agreed to county grant earmarked to underwrite  shows earlier in the season that would enable her to pay the cast and crew.

The theater had planned another three musicals this season: Ghost in April, Thoroughly Modern Millie in May and The Soul of Motor City in June. Usually Lauderhill does not give refunds, but it has agreed to do so for Stage Door shows – although it would prefer giving patrons credit for other programs at the venue, Segur said. The city staff is in the process of contacting patrons who had bought tickets, but more information is available at tickets@stagedoorfl.org, or by calling (954) 777-2055. Slow Burn Theatre Company is developing a process to honor Stage Door tickets at their shows, said Mark Traverso, president of Slow Burn’s board of directors. It is a practice that Stage Door had done for at least three other theaters when they went out of business.

Among many recent upheavals, last summer, the company left the home it established 24 years ago in an abandoned Margate movie house at 8036 West Sample Road, and moved to the new Performing Arts Center at the northeast corner of Sunrise and SR 7.

The old two-auditorium complex secreted behind a modest shopping center was sold in the fall of 2017 against the theater owner’s wishes to Conqueror Church,  which would not renew the lease at the end of the 2017-2018 season, Bunn said at the time. 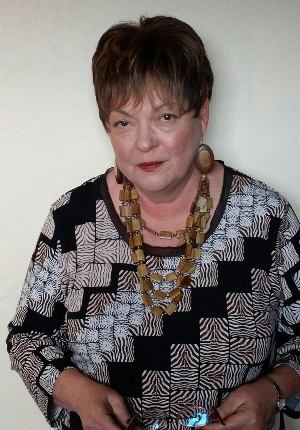 The Lauderhill facility that opened in 2016 gave Stage Door a much larger single auditorium with modern sound and lighting equipment, larger dressing rooms, copious lavatories in the lobby, adequate wing space and, for the first time for Stage Door, fly space above the stage. While it can accommodate 1,100 patrons, the balcony and the back third of the auditorium were cordoned off to seat Stage Door’s usual 400-plus customers per show.

Stage Door has suffered and triumphed over the years, serving up traditional musicals and Jewish-themed comedies primarily to an older audience. But over the past decade, Bunn, a champion of the American musicals art form, has been producing titles she loves that might not be as well-known to her senior patrons but which have been artistic successes such as Dreamgirls, A Little Night Music, Parade and The Light in the Piazza. The theater has frequently produced revues of songbooks from the ‘40s and ‘50s, but she and director Kevin Black recently have been including revues of ‘60s and ‘70s music, which have been well-received by her audience.

The company has one nomination in the coming Carbonell Awards: Aaron Bower as best supporting actress in a musical for Dirty Rotten Scoundrels. The year before, its production of Dreamgirls won two Carbonell Awards for actors Elijah Word and Sarah Gracel.

As with most regional theaters, Stage Door has seen a sharp reduction in season subscription audiences as opposed to patrons who cherrypick titles or decide a few days before arriving. Currently, the highly atypical leader for subscriptions in the region is Maltz Jupiter Theatre with about 8,000 subscribers – a significant figure for almost any regional theater today. But in 2000, Stage Door had about 10,000 season subscribers; before the move to Lauderhill, that figure was closer to 3,000. Back in 2000, the operating budget was about $2 million; before the move, it was about $1.4 million. Unlike other companies that rely heavily on donors and grants, 94 percent of her budget was earned at the box office, she said.

Bunn and Torres founded in company in 1993 and moved into the Margate building two years later. It has been a for-profit and a non-profit operation, an Equity house and a non-Equity house. Its subscription base grew from 400 to 12,000 patrons at one time, one of the largest anywhere in the state. In 1996, Avi Hoffman’s Too Jewish proved a huge popular hit that ran more than year. But it has rode through tough times such as after 9/11 and Hurricane Wilma. In some cases, large-budget musicals were pulled off the announced schedule for more modest offerings because of production costs.