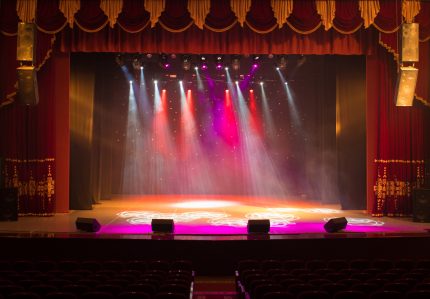 Theaters and performing arts venues in Broward County can apply to county officials for permission to reopen as early as June 15 – decided case by case based on meeting undisclosed health guidelines, the county reported Monday.

The permission to open is the first crucial hurdle that the performing arts industry has been awaiting before it can begin to solidify any plans.

But several other daunting challenges remain including their audiences’ willingness to return before a vaccine is found, whether the capacity restrictions make a live performance inside an auditorium fiscally feasibly, and whether unions will allow  members to return to work under current conditions, said numerous artistic directors in the region such as Andy Rogow of Island City Stage.

Asked whether the Broward Center for the Performing Arts planned to apply, Kelley Shanley, president and CEO, wrote in an email, “We are working through our plan right now and we hope to have something to share next week.”

Unlike other businesses cited in the order, no specified guidelines or requirements are listed that will be used to decide whether to approve a proposal.  The county did not provide repeated requests for more specific information.

But one indication may be the specifics listed in the order for movie theaters. They are:
—-50 percent of maximum capacity limitation. Social distancing requirements must be followed, except for persons within the same household or group.
—-Restrooms must not exceed 50 percent capacity and shall be staffed by dedicated sanitation personnel at all times when open.
—-Food service areas must comply with certain guidelines
—-Touch free payment options for entry are encouraged.
—- All staff shall use PPEs including, but not limited to, gloves and masks at all
times.
—- Additional hand sanitizing stations shall be provided

State guidelines set by the governor’s office last week for the 64 counties outside South Florida allow movie theaters, concert houses, auditoriums, playhouses, bowling alleys and arcades to open at 50 percent capacity if they maintain social distancing between groups and invoke significant sanitation. The state “suggests” limiting gathering to no more than 50 people.

For the South Florida counties, the governor’s order states that specifics of openings “will be considered after each county seeks approval with a written request….” It was not known whether Broward made such a request.

Applications can be sent to Office of the County Attorney, 115 S. Andrews Ave., Suite 423, Ft. Lauderdale, Florida 33301, or by contacting that office at (954) 357-7600 or by email at rblancogarcia@broward.org. The decision on each application will be made joint by the administrator and attorney’s offices.

The “damage” figures from Broward County are based on the same survey taken in Miami-Dade County.

The survey received responses from 49 companies and organizations in March and 65 in April. Most of the April respondents had participated in March, but a few of the March respondents did not reply in April, so the county considers the figures lowball approximations of the problems.

Numbers for May are being collected.

In mid-May, Miami-Dade County reported a total loss estimated at nearly $43 million for March and April for 208 venues and companies. The closures cost more than 5,300 jobs across the non-profit and cultural organizations. The figures in both counties do not include the larger economic loss to the region from companies whose business relies on an active arts scene. For more information on that report, read our earlier story by clicking here.

The Cultural Council of Palm Beach County is planning to conduct a survey later this summer about the long-term effects. But Hannah L. Arnst, communications manager, wrote, “Right now, we know the effects are profound: millions of dollars in lost revenue, cancelled seasons and gigs, staff layoffs and terminations, huge reductions in contributed income, and more. The list goes on and on.”

The county’s cultural division also announced that it has handed out $428,000 in grants to 38 non-profit cultural institutions for operational expenses.

All of them are companies or groups who had applied for other grants in the past and had been vetted, said Phillip Dunlap, division director. Some had received past grants for projects, and pending applications are usually for projects slated for a year from now. But the shutdown to stymie the spread of COVID has seriously hampered companies’ ability to stay open at all in the present, so the grants target operational costs.

The amount of the grants from $2,500 to $20,000 reflected the applicants’ operating budget. Among the theaters receiving money were Curtain Call Theatre, Island City Stage, New City Players, Inside Out Theatre Company and Slow Burn Theatre Company. Other recipients included Bonnet House and the World AIDS Museum.

The one-time grants were underwritten by the proceeds that the county has been saving up for a few years from the sale of “State of the Arts” license plates, Dunlap said.

This entry was posted in News and tagged Broward County. Bookmark the permalink.

One Response to Breaking News: Broward To Allow Some Theaters To Reopen