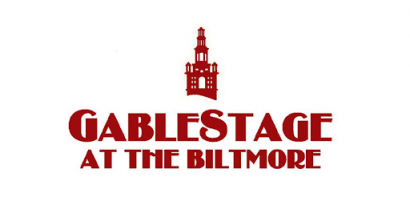 GableStage is coping with the death of its leader Joseph Adler on top of the shuttering of live performances on stage, but it is continuing to operate including a new initiative meant to originate new material and support artists financially.

Engage@GableStage is commissioning original world premieres for online works that mirror the theater’s vein of thought-provoking stories.  Proposals/applications for the grants will be accepted through June 12.

The Coral Gables company, which cancelled the remaining two shows in its on-stage season, is putting together a summer-long program of free digital works that will be completely delivered by the applicant or developed by GableStage under director-playwright Margaret M. Ledford who is curating the project.

Artists may submit more than one idea, but only one idea will be chosen for any artist. A team of artists can submit a proposal; however, one grant will be awarded to the team. Applicants may be from any region, although preference will be given to South Florida artists and/or those with an affiliation with GableStage.

While the proposals can reflect any theme, they must align with the company mission of “enriching the South Florida community and confronting today’s issues and ideas with high caliber, innovative productions that entertain, educate and challenge our diverse audiences.” The judging will rely on criteria such as clarity of expressing the idea, simplicity of execution, innovation, creativity, relevancy, entertainment value and conversation stimulation.

An application should include: Up to 500 words to describe the concept, project, execution; up to 250 words on how it aligns with mission of GableStage and the ways “it will be an appealing project/deliverable;” a headshot and resume, and the budget for project.  The grants are for artist fees. Itemized production costs will be covered up to $500.

Ledford, the artistic director of City Theatre, had been working with Adler. She is  an eight-time Carbonell Award nominated director, a multiple Silver Palm winner for direction, and Carbonell winning lighting designer.

For more information, go to http://www.gablestage.org/engagegablestage/

This entry was posted in News and tagged GableStage, Margaret M. Ledford. Bookmark the permalink.