Busy Days At Mad Cat: Two Scholarships And World Premiere of Blow Me

Mad Cat Theatre Company has a reputation for providing a stage to young artists seeking more adventurous fare. But now, for the second year, it’s also putting its money behind its  commitment to developing future theater professionals.

Each will receive a $500 scholarship and commemorative plaque at the opening night of Mad Cat’s new play Blow Me on Aug. 16.

“For 13 years and running, Mad Cat has provided a home for young artists from the South Florida community to hone their skills and exercise their talents,” wrote Ann Kelly, executive director and artistic director Paul Tei. “We founded the Nine Lives Scholarship Awards because we needed to do more than just offer someone an opportunity to show their talents.  We were compelled to put a little relief in their pockets upon graduation while searching for the next step.” 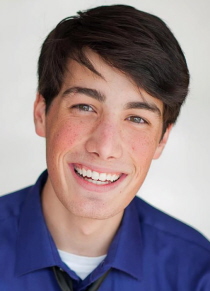 Frost , who recently graduated from J.P. Taravella High School in Coral Springs., told Mad Cat’s staff, “I want to pursue a career in the arts because I can honestly say that I can’t imagine doing anything else, and I have come to love it so much that I want the rest of my life to be immersed in it. But that’s not just me speaking as an actor, but I have realized that I would really want to branch out and experience more opportunities in the theater world, such as possibly directing, or producing and possibly writing. Theater has become such a passion of mine that I cannot even think of a life without it.”

Frost, a member of the International Thespian Honor Society, has performed in 11 plays. He won a South Florida Cappie Award for Best Lead Actor in a Play, plus Best Supporting Actor – District 7 One Act Festival in 2010 and 2012. He will be a freshman at Elon University in the Department of Performing Arts in North Carolina. 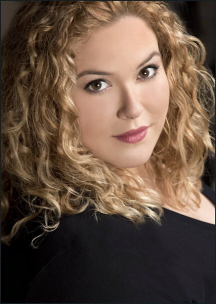 Elise was noticed by Mad Cat members as a student at New World School of the Arts.  She has performed in 15 productions, including Real Women Have Curves at the Women’s Theatre Project and City Theatre’s Shorts 4 Kids in 2009.

The critic for South Florida Times wrote “Elise is a total chameleon.  She has a different type of character from one [Shorts 4 Kids skit] to the next.  So it’s no surprise that she was the only actor to perform in all eight of the shorts.”

Elise also told the Mad Cat leaders, “The arts gave me a voice, motivation to discover more about myself and the world around me. I feel blessed that the career I’ve chosen gives me the opportunity express my views and also let audience members, even if it’s just one, feel that their story is being told with respect and integrity be it in song or dialogue.”

It’s a busy time for Mad Cat, which is prepping the world premiere of the provocatively titled Blow Me, about the life of fashion icon Isabella Blow, set to run through Sept. 1 at the SandBox at the Miami Theater Center, 9816 NE 2nd Avenue in Miami Shores, not at its previous home at Miami Light Project.

Blow Me , written by Jessica Farr and directed by Paul Tei (both responsible for last summer’s The Hamlet Dog and Pony Show), is the full-length version of  the one-act Charming Acts of Misery, which debuted in April at the 2013 South Beach Comedy Festival.  To read a feature on that try out, click here.

Blow, previously fashion editor at Tattler and Vogue, left an indelible mark on the fashion world, having discovered numerous supermodels and designers such as Philip Treacy and Alexander McQueen. Suffering from bi-polar disorder, Blow attempted suicide seven times before finally succeeding. Mad Cat describes it as “We follow Isabella down the rabbit hole as her life comes to an end, which is only just the beginning of the ride. Isabella retells her own story as only she could remember it, through spectacle.”

Farr added that the new version has changed besides being expanded and adding an ensemble member to fill roles omitted in the first version.

“The play itself was expanded to shed more light on both the ups and the downs in Isabella’s career,” Farr wrote in an email. “We wanted to clarify the structure of the play by making it more of a journey than a blip on the radar. The first production felt more like a teaser. My aim for this production was to explore and clarify. Before, we met the characters and they were more transient, symbolic. This time they will all have arcs and a greater presence in the story.”

The tone has changed as well, she wrote. “This time around it’s not a part of the comedy festival so there is now more of a possibility for sitting in moments of gravity and exploring themes that were merely mentioned before.  I still think it’s pretty funny though. I usually find comedy is a great inlet into bigger concepts. I think Isabella dealt with heavier issues with that kind of brevity as well.”