In the wake of contentions that leadership in the South Florida theater community is not sufficiently diverse or sensitive enough to racial concerns, the Carbonell Awards board of directors has appointed four new members significantly increasing its diversity.

Members announced Monday are Herman G. Montero, the new director of production at the Broward Center for the Performing Arts; William Nix, former vice president of marketing and governmental affairs for the Cultural Council for Palm Beach County; Geoffrey Short, president of the board of directors of the Pembroke Pines Theater of the Performing Arts; and Avery Sommers, the award-winning actress and cabaret performer.

The board already has three non-white members, but responding to concerns made public in an open letter from theater companies, “we promised to increase diversity on the Board by adding three new members. We actually added four—thus exceeding expectation. Another very positive step forward,” said board member Gary Schweikhart.

Some artistic directors also have claimed that a lack of diverse judges has resulted in an inequitable dearth of diverse winners, although the Carbonell administration developed figures that challenge that assumption and cite a lack of diverse casting in the region. The new judging panels and details of the process are still being developed.

The concerns — perhaps threatening the survival of the program completely — was underscored by five companies withdrawing their work from consideration over the previous 14 months: Maltz Jupiter Theatre, Primal Forces in Boca Raton, MNM Theatre Company in West Palm Beach, the Wick Theatre in Boca Raton, and City Theatre in Miami withdrawing its Summer Shorts program.

Montero was formerly director of project management for Bombshell Productions in Fort Lauderdale, and earlier the production manager for the Adrienne Arsht Center for the Performing Arts. Montero was a member of this year’s Carbonell Special Committee proposing reforms.

Nix also hosted an award-winning weekly TV show on the arts. He currently is an ex officio member of the Palm Beach County Film and Television Commission and hosts the annual African-American Film Festival at the Kravis Center for the Performing Arts. 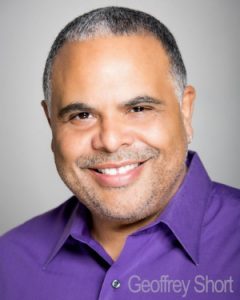 Short is an experienced theater director, actor and music producer who has worked with numerous South Florida theater companies. Short was a member of this year’s Carbonell Special Committee. 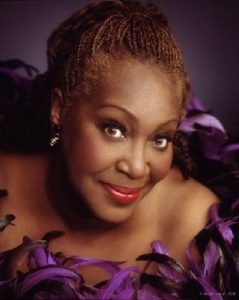 Sommers is a Broadway, movie and TV veteran who continues to sell-out performances in cabarets, night clubs and theaters. Both a Carbonell Award winner and a seven-time nominee, she also is a recipient of a Los Angeles Ovation Award, The Silver Palm Award for Outstanding Contributions to South Florida Theater, and the Best Supporting Actress Award at the 2010 Monaco International Film Festival.

Leaving the board is Leslie Fordham of the Broward Cultural Division.

Additionally, the board has elected new officers from its existing core with Jeff Kiltie, general manager of Aventura Arts & Cultural Center, becoming president after the term of Donald R. Walters, a lawyer who now becomes treasurer. Kiltie has experience as a stage manager, producer and is member of Actors’ Equity Association, and co-chair of this year’s Carbonell Special Committee which drafted proposed reforms in several of the organization’s facets. He will also serve as chair of the board’s Production & Programming Committee.

Continuing on the board are Walters; Schweikhart of the communications firm PR-BS; Joanne Benkö, director of programming for the Adrienne Arsht Center for the Performing Arts in Miami who also chairs the board’s Ticketing & Sponsorship Committee for the annual Carbonell Awards; Linda Birdsey, director of marketing and public relations for the Raymond F. Kravis Center for the Performing Arts in West Palm Beach; and Ricardo J. Gonzalez III, owner/director of the Beaux Arts Gallery in Miami, and proprietor and worldwide personal representative for the estate of sculptor Manuel Carbonell who designed the egg-shaped awards.